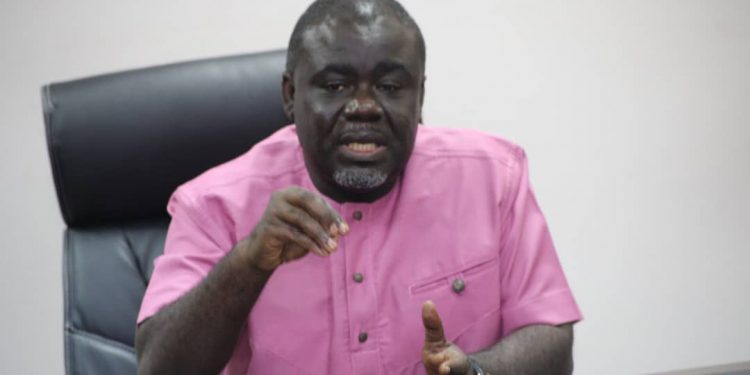 The Ministry of Transport has indicated it will continue to engage transport owners over the continuous increase in fuel prices, although it believes that the government has done enough regarding the issue.

The recent increase in fuel prices has become a major issue of concern to many transport owners, who are forced to buy fuel at a higher price but unable to arbitrarily charge passengers extra fares.

The Minister for Transport, Kwaku Ofori Asiamah, in a media interview, said the government is concerned about the issue and would want to discuss with the transport operators ways that will ensure that commuters are not overly burdened due to the development.

He said the government is open to listening to the concerns of the transport owners and looking into their requests for the issue of fuel price hikes to be addressed in the yet-to-be-read 2022 budget.

“The fuel prices are going up, and we are not running away from it. But we think that the government has done enough, and we will continue to listen to the views or the requests from the transport owners and see how we can all sit down and make sure that the passenger is not really affected. Even if they are requesting certain forms of action to be taken, the view is that they have the opportunity of the budget coming and some of these concerns would be addressed,” he said.

The Coalition of Private Transport Operators last week threatened to embark on a strike over the many taxes on petroleum products, which they blame for the high fuel prices, but the action was called off after a meeting with the government.

The Minority in Parliament is asking the government to consider the suspension of the Special Petroleum Tax and a review of the sanitation levy in the 2022 budget to help address the incessant increase in fuel prices.

According to the Minority, taxies and levies contribute to almost forty percent of the final ex-pump prices of fuel.

“We hold the view that the special petroleum tax imposed on petroleum products must be suspended in the 2022 budget. This will provide some respite for Ghanaians from that agonizing high cost of fuel at the pumps,” the Ranking Member on the Energy Committee of Parliament, John Jinapor, said.

Meanwhile, the Ghana Private Road Transport Union (GPRTU), has urged its members not to increase fares until it concludes negotiations with the government.