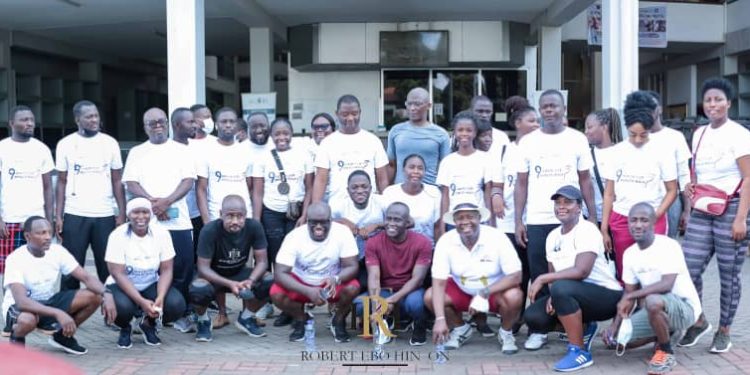 The walk was to create awareness of AH hotel as a brand and health consciousness of its staff and the public as a whole.

General Manager of AH Hotel and Conferencing, Mr. Eddy Khosa, in an interview emphasized the need for individuals and companies to make health as part of their organizational development since it benefits are enormous.

“AH will further support any project by individuals aimed at improving the health needs of the general public,” he said.

He said the hotel will continue to delight its customers with the provision of efficient and unparalleled services to its teeming clients. The hotel further boasts of a 700 square meters’ conference space, lounge bar, complimentary airport shuttle, business center among others.

Mr. Khosa said, to ensure this, the company has established strong, long-term, mutually-beneficial contractual relationships with customers and suppliers in an efficient and cost-effective manner.

“Since the hotel was set-up, it has strictly adhered to industry regulations to ensure client satisfaction — including providing additional facilities where possible to give a one-stop shop and auxiliary services to clients,” he added.

Prof. Ebo Hinson, said the partnership with AH Hotel is important since the hotel over the years has brought on-board laudable initiatives in promoting the health walk.

AH Hotel is located in the cozy environment near American House, and is a member of the Commercial and Allied Service Group (CAS). It brings to the city a true urban living, with over 75 generously sized guest rooms, humid interior and conference spaces.

AH Hotel is home to many local and international conferences and further hosted several conferences facilitated by ECOWAS and the West African Health Organization.

Sponsors of this year event included Metro TV and Appointed Time and attracted Bankers, Oil Marketing Practitioners and persons in the hospitality industry.