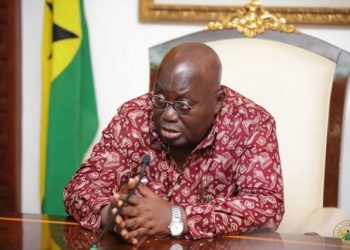 The government has reiterated the need for the introduction of the electronic levy, also known as e-levy.

The President tweeted on Wednesday, January 27, 2022, that the E-Levy will among other things reduce the country’s dependence on foreign aid.

“The e-levy will provide the government with revenue to build more roads, provide more jobs and opportunities for the youth and reduce our dependence on debt.“ 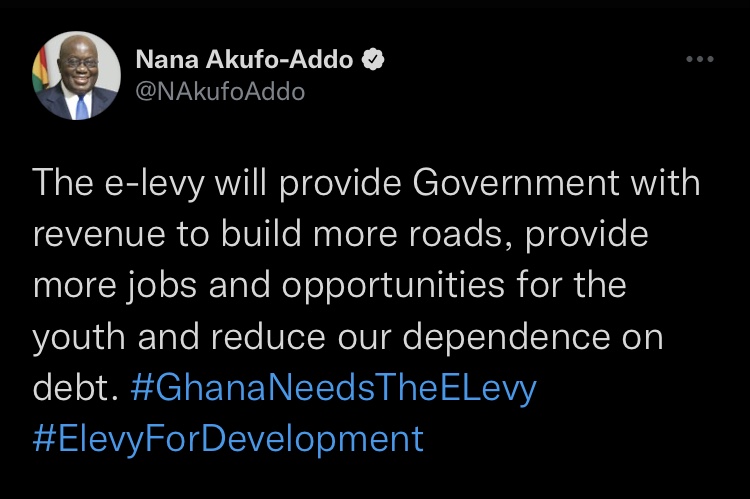 His comment is part of efforts by the government to sensitize the public on the need for the introduction of the controversial e-levy, including a nationwide town hall meeting which is starting in Koforidua today, Thursday.

The government says the feedback from the engagement will inform it on the implementation of the levy.

Also, to be in attendance at the forums will be sector-specific Civil Society Organisations (CSOs) and other relevant industry stakeholders.

The Town Hall Meeting is being organised by the Ministry of Information and will be live on various television networks in the country as well as the Ministry’s social media pages.

a. Mobile Money Transfers between accounts on the same electronic money issuer (EMI).

b. Mobile Money transfers from an account on one EMI to a recipient on another EMI.

e. Bank transfers on a digital platform or application originate from a bank account belonging to an individual to another individual.

E-Levy will not impact:

a. Cumulative transfers of GHS 100 per day made by the same person.

b. Transfers between accounts owned by the same person.

c. Transfers for the payment of taxes, fees, and charges on the Ghana.gov platform.