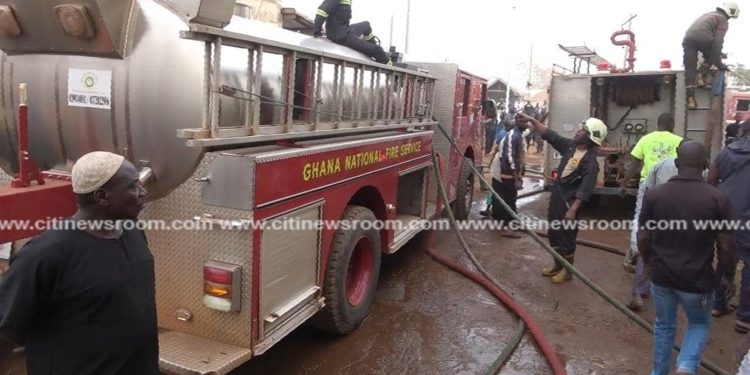 A fire outbreak on Saturday morning at the Tamale Aboabo market has destroyed about ten shops.

Goods including cereals, yams and shea nuts were also destroyed.

Personnel from the Ghana National Fire Service had a tough time dousing the fire, but succeeded in preventing the inferno from spreading to other shops.

This is one of several fire incidences recorded at the Aboabo market and has almost become an annual ritual.

An affected shop owner who spoke to Citi News said ”most of my goods have been destroyed by the fire. I will need government to support me back on my feet because I do not know where to start from.”

”This is very devastating. My goods are gone, and I will need to find money to bounce back. We need support,” another affected shop owner said. 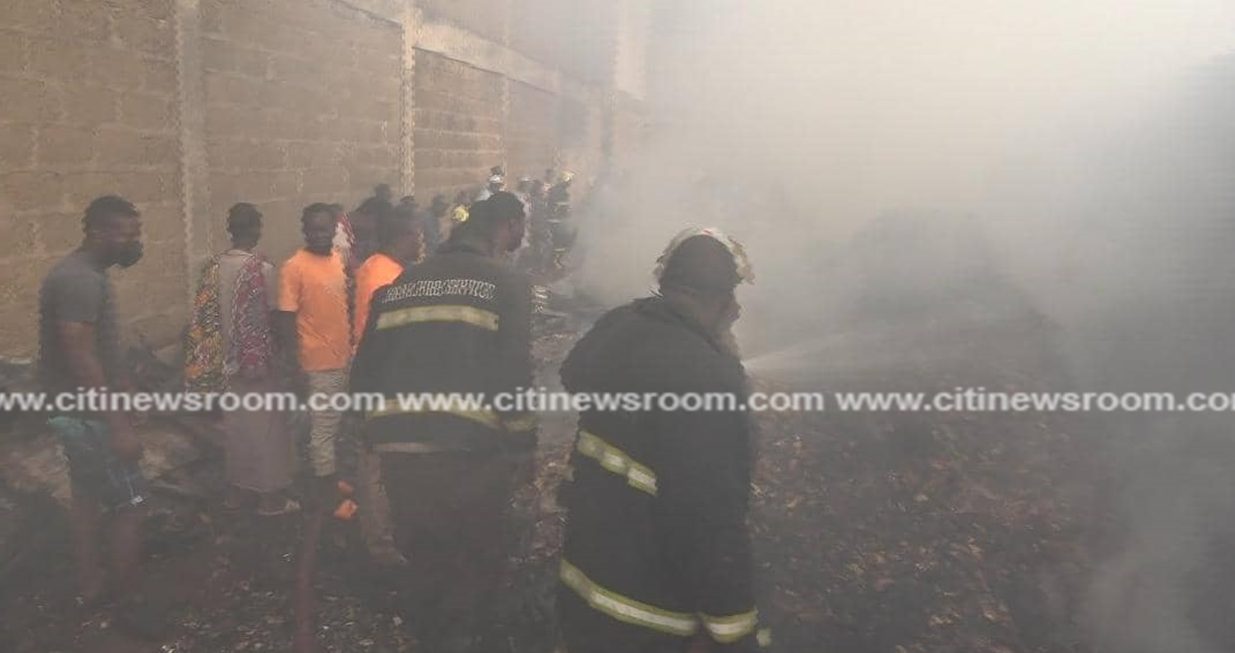 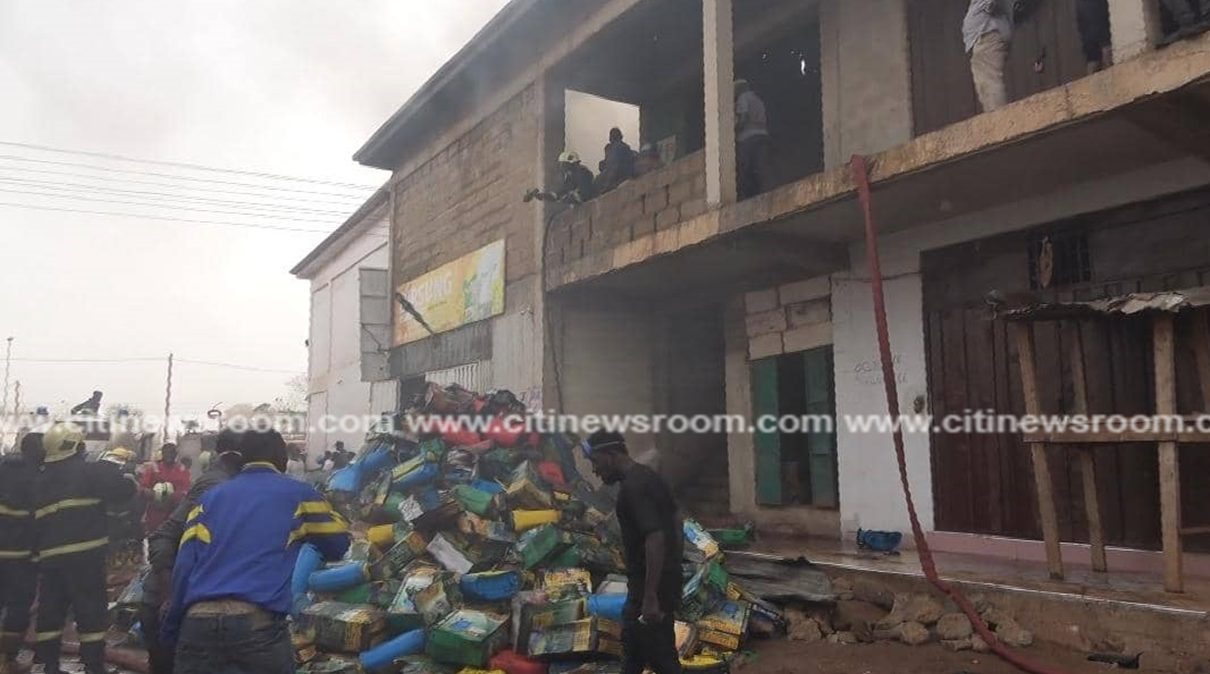 According to the Fire Service, preliminary investigations suggest that an electrical fault was the cause of the fire.

He, however, said his outfit will conduct further investigations to ascertain the cause of the fire.

“We can not tell the cause of the fire for now, but all indications are that, it is electricity. But we are not confirming that yet until we commence investigations.”

Meanwhile, the Acting Public Relations Officer of the Ghana National Fire Service in the Northern Region, ADO II Baba Hudu, expressed concern about the lack of water in the water hydrant, saying they had to resort to private water tankers to quench the fire. 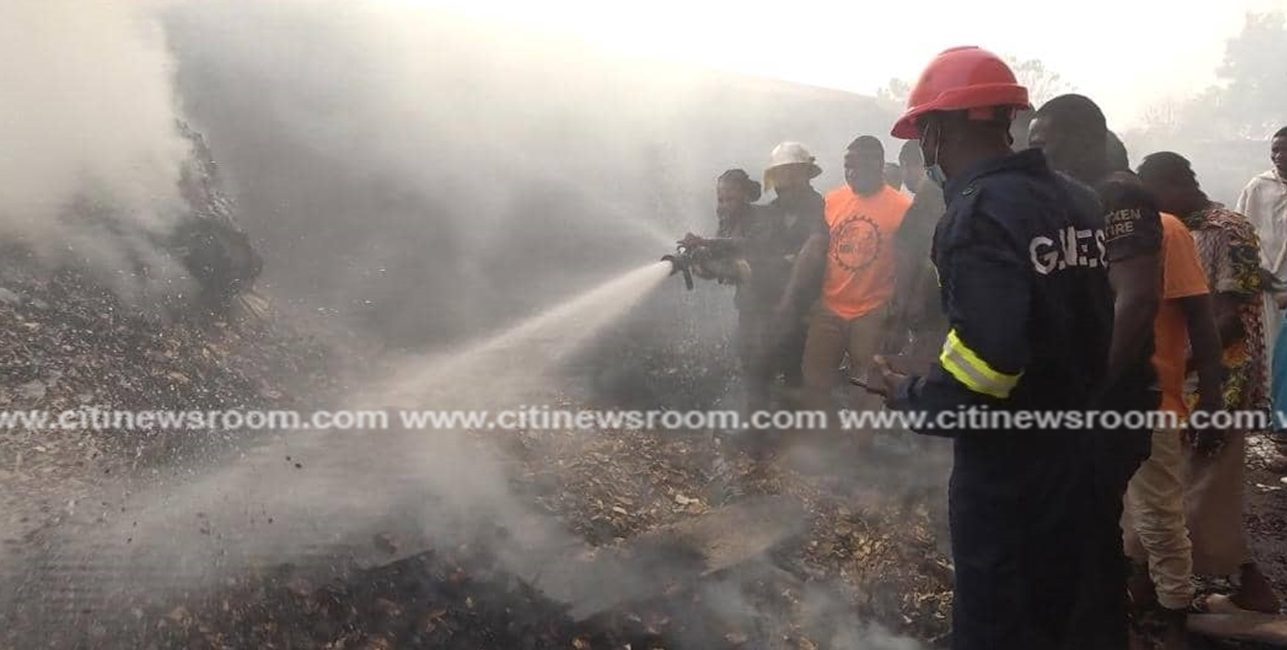 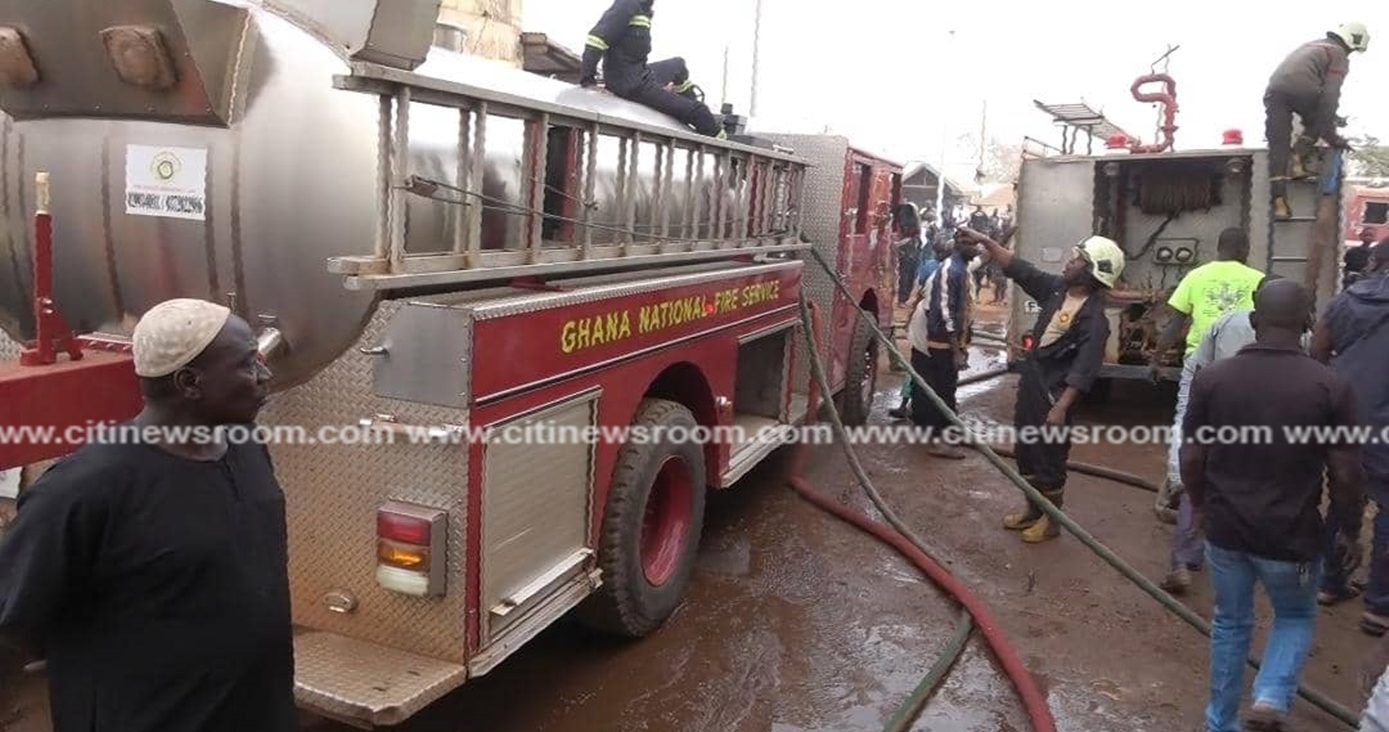 “Our challenge is water supply. The augmentation of water becomes a difficulty to us. We have to even invite private water tankers to supply or to augment the supply of water, meanwhile, we have two hydrants just lying close to the incident, but it is not working. They’ve even built on the other one. This is our challenge. Water is our weapon, without water it’s just like a farmer going to farm without a cutlass.”