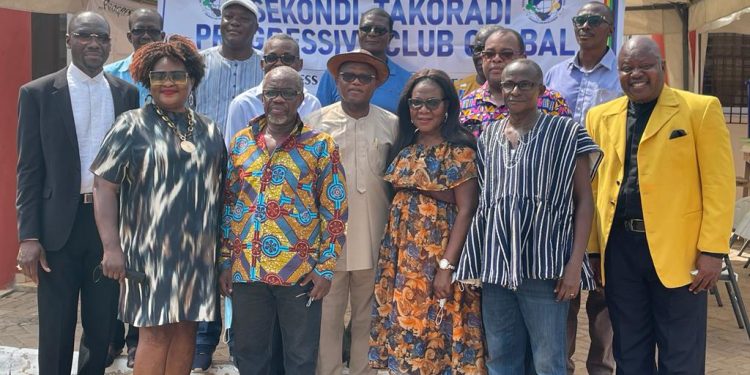 The Sekondi-Takoradi Progressive Club Global, a club with over 100 members of natives of Sekondi-Takoradi who live abroad, has renovated the Sekondi Central Prisons’ infirmary as well as the casualty block of Essikado Hospital. 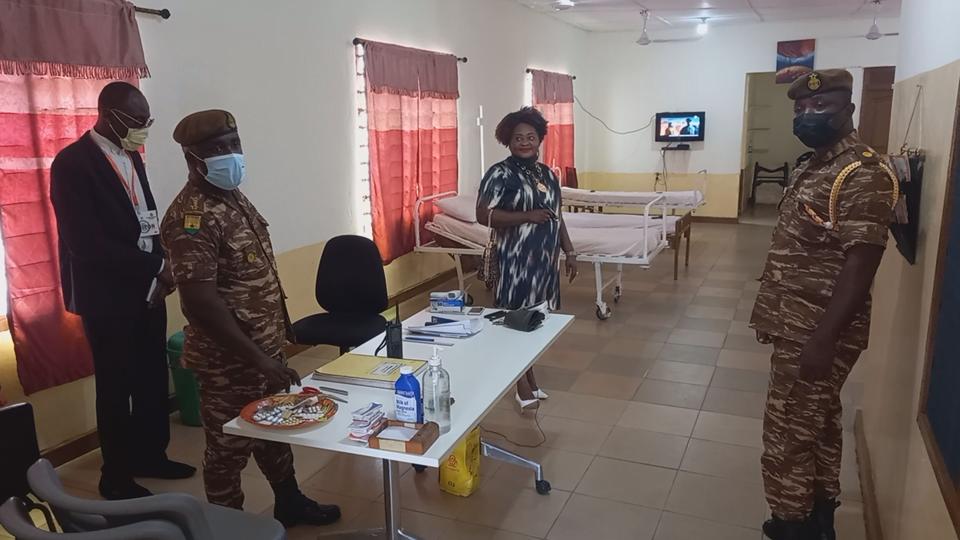 The washing basins and water closets were changed, while curtains for the entire infirmary for the care of inmates of the Sekondi Central Prisons were provided.

Speaking to Citi News at a separate event to hand over the renovation works to the 58-year-old Essikado Hospital, the President of the Sekondi-Takoradi Progressive Club Global, Dr. Caroline Ewurabena Ampah, said the works were done from the contributions of members abroad.

“Over here, the floors of both the male and female casualty wards have been completely tiled, all window nets, frames, and louvres also replaced. The washroom facility was renovated, and the unit was provided with air-conditioning, ceiling fans and wall fans for a better temperature control environment. We completely rebuilt the triage area, tiled and improved the electrical works as well as repainted the whole unit and changed four locks of the doors”, she said.

“What we are seeking to achieve is to make sure every citizen in Sekondi-Takoradi and even those from outside who find themselves in the Metropolis and get sick are taken care-off. The Progressive Club is not just focused on our families but all persons in the city of Sekondi Takoradi. That is why last year we also refurbished the male ward of the Takoradi Hospital and others.” 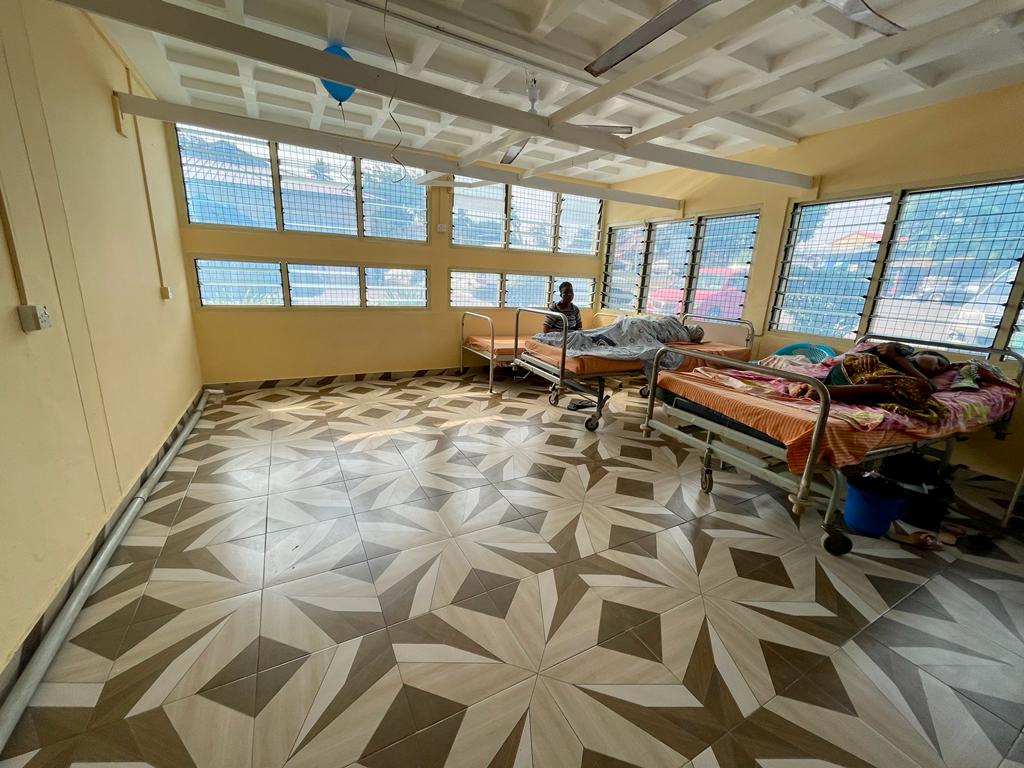 “We chose healthcare facilities because it is about time we give back to our society, since Sekondi-Takoradi did a lot for us when we were growing up. When we were kids, we saw good hospital facilities, but we realized that they are all deteriorated over time. A good environment heals, and we believe this support can ensure that,“ she added.

While thanking the Club for the refurbishment and donation of a set of computers and its accessories for records keeping, the Medical Director of Essikado Hospital, Dr. Dan Anane-Frimpong said it will provide convenience for both patients and staff but appealed for expansion.

“Essikado Hospital is very grateful to the Sekondi-Takoradi Progressive Club Global as the renovation of the casualty unit is going to bring comfort to patients and staff and improve the care experience that patients undergo. Hitherto, the state of affairs in the ward was not the best, but the renovation will improve on the ventilation and the overall comfort that patients will have“, he said.

“The Essikado Hospital is the first Polyclinic to have been built in Ghana in 1964. In 2016, Tullow Ghana built us a maternity block. Ever since then, we have not had any major infrastructure expansion… We have the capacity in terms of staff to take care of the patient, but where to take care of them is the challenge. The female ward for admission has only six beds and the male ward has only six beds.” 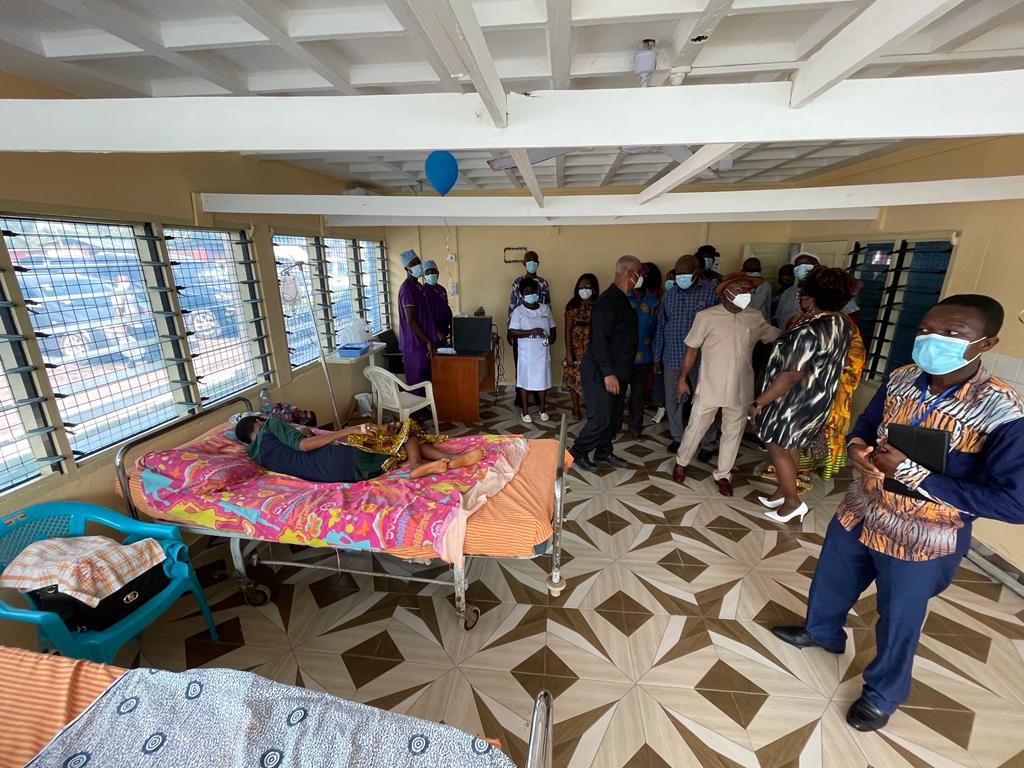 “We do not have children’s ward but rather, it is the corridor to the female ward that we have put some cots there to provide some care to children that need admission… So we are appealing to institutions, NGO’s and government to put up multi-purpose children and adolescent block to merit our upgrade from Polyclinic to a hospital“, he added.

Dr. Kofi Sutherland who is the Director for the Sekondi-Takoradi Metro Health Services, speaking at the handing over ceremony, said the Sekondi-Takoradi Progressive Club Global’s continuous investment in health infrastructure across the city will go a long way to improve general health delivery to residents. 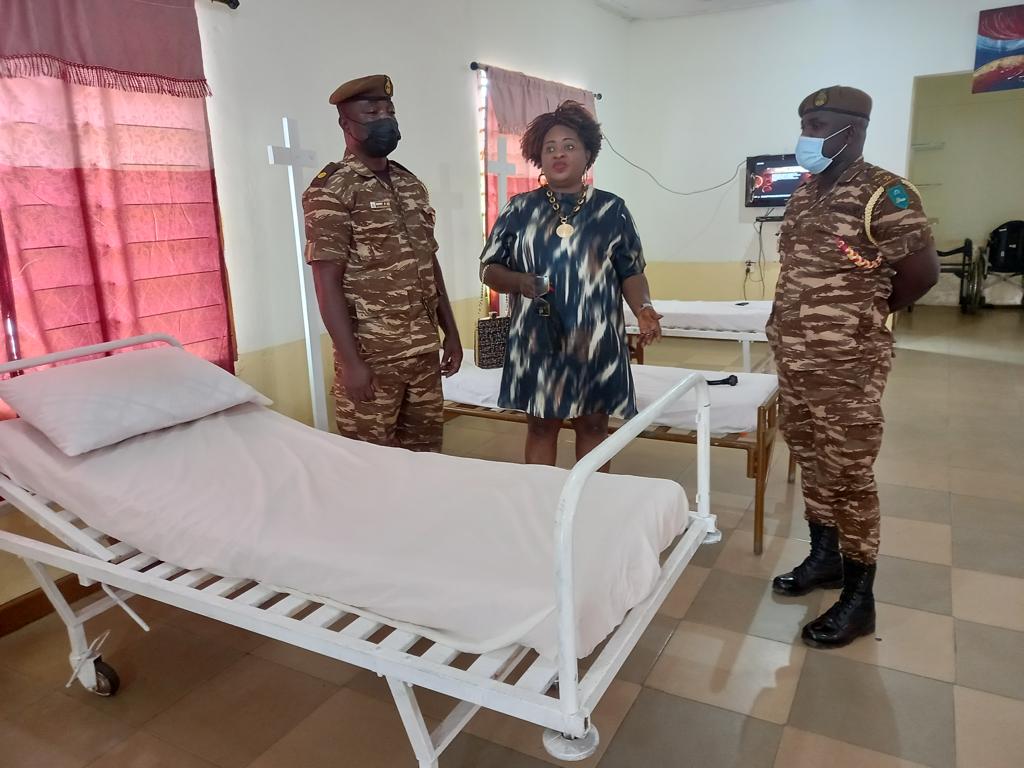 Present at the handing over of the two renovated health facilities were the Mayor of Sekondi-Takoradi Metropolis, Abdul Mumin Issah and the Head of Local Government Services, Dr. Nana Ato Arthur, who all commended the Sekondi-Takoradi Progressive Club Global for their commitment to the health care of residents of the city.