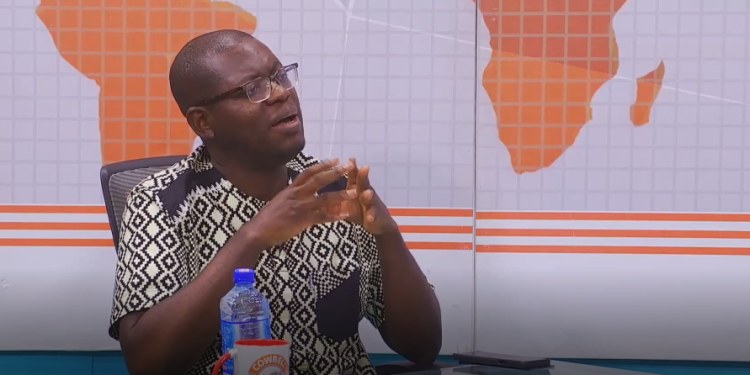 Vice President of IMANI Africa, Bright Simons, is of the view that the National Identification Authority (NIA), and the National Communications Authority (NCA), have been inconsiderate with regard to the interest of the public in the ongoing SIM re-registration exercise.

Bright Simons believes both agencies are rather driven by commercial interest.

“Amazing contradictions at every level. First, the government says its policy is to integrate databases and ensure that we have a National Identification infrastructure that will prevent confusion among agencies, with data collection, and they all end up spending money for the sim thing.”

“Here is the case where the NIA purports to be the lead regulator of all identification matters in the country and we have the NCA. We now have the NIA trying to register people and ensure that their SIM card is linked to their identity properly. So now we have an inter-agency coordination issue. What we have discovered is that the NIA primarily has become extremely beholding to private commercial interest, because of the way they design the National Identity infrastructure as a public-private partnership, which is a great idea. But they had some difficulty thinking through the cost implications.”

He clarified that there is nothing wrong with having a commercial strategy to back a public interest agenda because it helps with sustainability, only that, “there is the need to bear in mind whether the overall cost will affect what you can deliver on public interest.”

“We think that there is too much interest in the commercials that it begins to interfere with the ability to look purely at public interest. My reading of what we have been able to unearth so far is that both the NCA and the NIA were completely subservient to commercial interest and were not thinking along public interest lines. So the NIA tried to create the impression that there is no way the NCA could do this verification unless it made money, per the interactions that they were having,” he added.

He questioned why the NIA can simply not adopt a simpler means of acquiring the data.

“The simple issue on the table is that we want to get people to connect their SIM cards to their ID cards. We are going to create a mechanism where through USSD, people will indicate interest in re-registration, which was made mandatory. Can they also send their National pin, so we can check with their surname and their pin correspondence, compare the data the NIA has with what they are providing to their network providers to see if there is parity?”

“That sounds like a very sensible and straightforward thing to do. Why then do we need to queue in the sun for long hours just to register our SIMs? That is why I believe strongly that because they were driven by commercial interest, they could not keep their eye on public interest and make the most rational decision.”

Meanwhile, a group known as the Concerned Mobile Network Subscribers has insisted that the registration exercise is unnecessary.

The group made up of former Members of Parliament, Members of Civil Society Organizations, Media Practitioners as well as Private Legal Practitioners, is also lamenting the challenges with the ongoing SIM re-registration exercise and has declared Tuesday, February 8, as a “no calls day” if the NCA does not halt the ongoing re-registration exercise.

“The No Calls Day action on 8th February would be the first in a series of national boycotts to protest against the current inhumane process of re-registration of SIM cards. There is no law in Ghana that requires Ghanaian mobile network subscribers to “Re-register” their SIM cards,” a statement from the group last week said.

COVID-19 is far from over - WHO Director-General