Woman gives birth on United Airlines Flight from Ghana to US 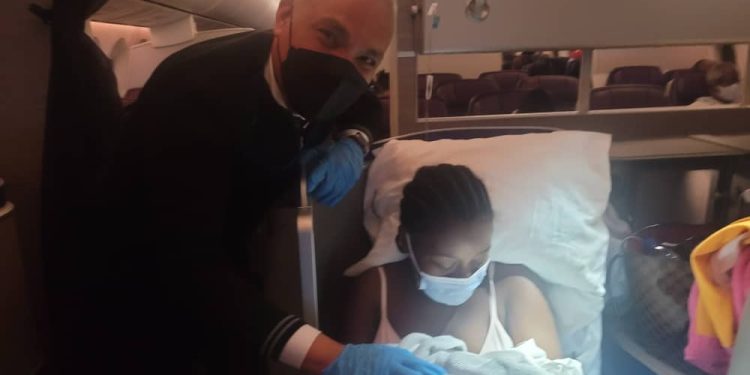 A Ghanaian doctor practising in the United States of America, was the hero of the day when he delivered a baby on a flight en route to the US from Ghana.

A broadcaster with GHOne Television, Nancy Adobea, who was on board recounted the mix of anxiety and excitement to citinewsroom.com, when they realised the woman was about to deliver the baby.

She says the incident occurred two hours before landing.

“The apprehension for the women, the anxiety for the women on board…everybody was concerned, but gratefully she had a safe delivery.”

Nancy Adobea recalled that the new mother “was full of gratitude” and was “elated, even though she was weak.”

One of the cabin crew was a nurse, and assisted with the safe delivery of the baby.

The composure of the doctor, Dr. Ansah-Addo, a Ghanaian practising in the USA, also stood out for Nancy Adobea.

“He was too calm. Everybody was super excited, but he was so calm,” she said.

The flight was met on arrival by paramedics upon landing at the Washington Dulles International Airport, who provide more assured care for the mother and the baby.