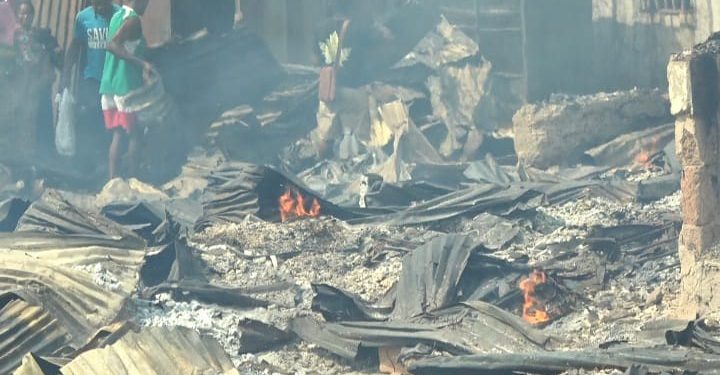 The Ashanti Regional Command of the Ghana National Fire Service says more fire incidents are being recorded in the region in the early part of 2022, as 260 cases were recorded in January alone.

Fire outbreaks have in recent times led to the destruction of properties worth millions of Ghana cedis, and also displaced many people.

The Ashanti Regional Fire Commander, ACFO 1 Henry Giwa, however, tells Citi News the situation is not as alarming as they seem, since his outfit has intensified sensitization on fire-related issues. 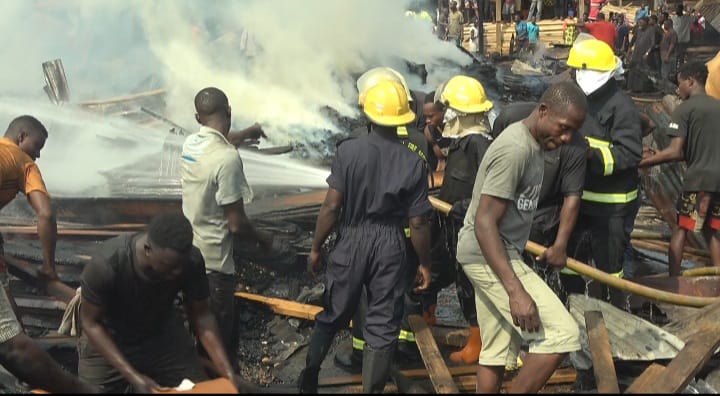 “The number has increased lately from 111 as of last year January to 260 this year January. So if you compare, it will seem as if it’s alarming, but it’s not, because we have intensified our education. We’ve given out our numbers to almost everybody. Most of these fires that we’ve attended to, about 25% were out on arrival. Meaning they extinguished before we got there and for that matter, they know what to do when there is a fire outbreak. So I don’t think it’s so alarming, and about 50% are also bush fires.”

The month of February equally did not start well as Ruth Awombo became a victim of a recent fire that swept through several structures at Akwatia line within the Asokore Mampong Municipality, which destroyed several properties and displaced many. 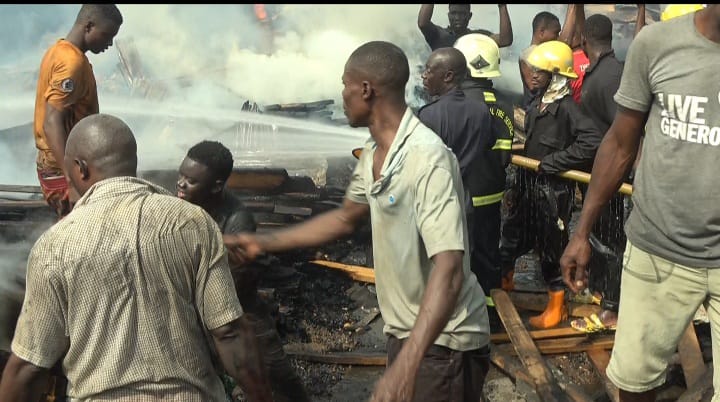 According to Ruth, her place of abode was burnt, and she has since been sleeping in an open park with her family as she has not been able to complete the new structure she is putting up.

“We have not been able to rebuild after the incidents. As a result of this, we sleep in an open park. It’s really sad. Our situation got worst when it started raining a few days ago. We didn’t have anywhere to sleep. We were forced to sleep on the wooden slabs.”

Another recent fire outbreak at Adum within the Central business district of Kumasi destroyed a shop with items estimated at around millions of Ghana cedis.

Joseph Kankam is an owner of a shop just close to the fire scene.

He wants authorities to put measures in place to prevent fire incidents from escalating, as his shop would have been swept by the fire if there were delays in dousing the fire at Adum. 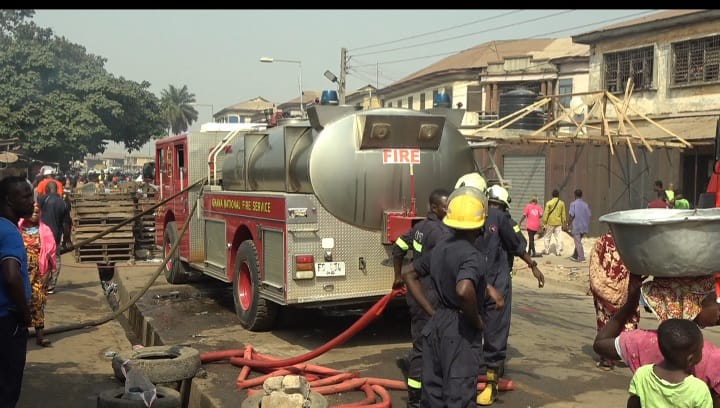 He also wants authorities to ensure that shops within the market adhere to proper wiring procedures to prevent fire outbreaks, as he believes poor wiring is one of the major causes of fire outbreaks in the market.

The Regional Fire Commander, ACFO 1 Henry Giwah said most of these fire incidents are as a result of negligence.

He has thus called on the general public to observe safety measures and also make the fire service the first port of call in all fire incidents to prevent cases from escalating. 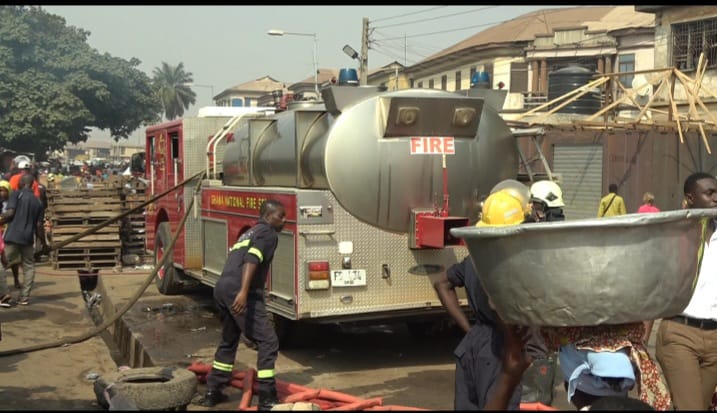 Some residents of Kumasi have also appealed to the government to provide fire officers with the needed logistics to help them in fighting fires.

According to them, often times, fire officers complain of lack of adequate water hydrants during fire outbreaks.

“The government should ensure that fire service personnel always have adequate water whenever they arrive at fire scenes to be able to bring situations under control easily”, said a resident.

The Ashanti Regional Fire Commander called on benevolent individuals to support them to have access to the needed logistics to be well-placed in handling fire incidents.

“I don’t think any institution can boast of having a full complement of whatever they need, and fire service is one. We also don’t have, but we are managing with what we have for now, and I’m sure, and I know my bosses in Accra, are making frantic efforts to get whatever we need from the government. That is why I also want to appeal to benevolent organizations and individuals to also come to the aid of fire service, just like they do to other institutions”.