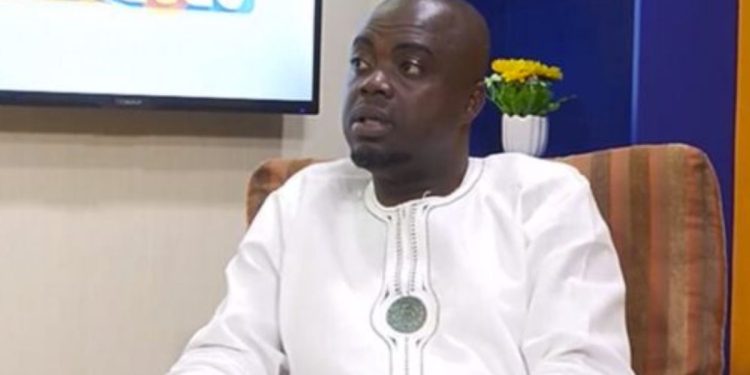 Accra FM’s presenter, Kwabena Bobie Ansah has been granted a GH¢50,000 bail, after he was picked up by police late Thursday night.

He has been charged with the publication of false news and offensive conduct.

His bail is with two sureties.

According to the facts of the case as presented by the police, Mr. Bobie Ansah on January 1, 2022, accused the First Lady, Mrs. Rebecca Akufo-Addo and the Second Lady, Mrs. Samira Bawumia of granting themselves “state lands at AU Village, around the Kotoka International Airport for the construction of [the] Rebecca Foundation”.

According to the writ sighted by Citi News, Mr. Ansah went on further to call the First Lady “a thief and that she has stolen state land around the Kotoka International Airport,” a statement he knew was “likely to occasion the breach of the peace” in the country.

Police say Bobie Ansah was invited several times to assist in investigations but failed to honour the invitations.

Police are also looking for three persons they believe are complicit in the allegations.

“Investigations so far revealed that the publication by the accused person and his [three] accomplices is false. Efforts are underway to arrest the accomplices to assist in investigations.”

Earlier, some supporters of the journalist picketed at the Striking Force unit of Greater Accra Regional Police Command at Accra Central to demand his release.

An ardent listener of Bobbie Ansah, Adams Mohammed, told Citi News that he is appalled by the “growing trend of intimidation of journalists.”

“I have been here for about an hour now. I was surprised at the news of his arrest. I think it is unfair. I am here to ensure that he is released.”

Another listener said, “he has done nothing wrong. We will not leave until he is released.”

The Greater Accra Regional Police Command is after some other three suspects in connection with the alleged case of publication of false news and offensive conduct.
Police report indicates that Bobie Ansah on January 11, 2022, while hosting “the Citizen Show” together with the three, allegedly made several alleged derogatory statements against some individuals.

According to the police, their investigations revealed that the said statements made by the host and his guest were false.

Police say Kwabena Bobie Ansah and the three others involved in the case were invited to assist police with investigations on several occasions, but they failed to honour the invitation.