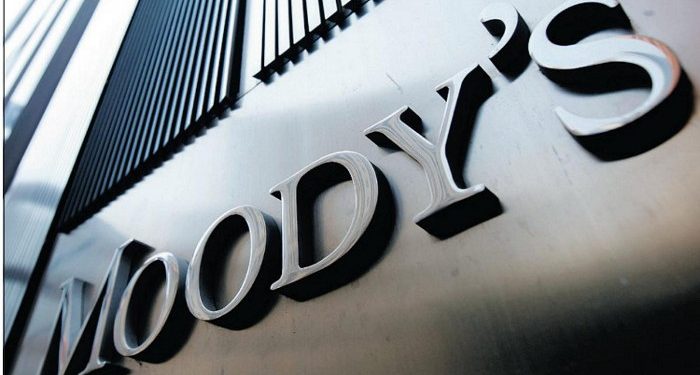 Moody’s Investors Service (Moody’s) on Friday, February 4, 2022 downgraded Ghana’s long-term issuer and senior unsecured debt ratings to Caa1 from B3 and changed the outlook to stable from negative.

It said the new rating of the country’s economy reflects the woes Ghana is facing in fixing its liquidity and debt challenges.

It also faulted ineffective revenue generation as a cause, since that has not been able to afford the government the opportunity to be flexible with its expenditure.

Moody’s said its projection shows that more than half of the country’s revenue will go into the payment of interests for the next few years, and proposals by the government to fix the challenge doesn’t seem to be feasible, especially given the fragile post-pandemic environment.

“While Ghana’s external buffers and moderate external debt amortization schedule in the next few years afford the government a window of opportunity to deliver on its strategy, balance of payments pressures will build up the longer government’s large financing requirements have to rely on domestic sources,” it noted.

Besides the long-term issuer and senior unsecured debt downgrade, Moody’s also downgraded Ghana’s bond enhanced by a partial guarantee from the International Development Association (IDA, Aaa stable) to B3 from B1, “reflecting a blended expected loss now consistent with a one-notch uplift on the issuer rating.”

It also lowered Ghana’s local currency (LC) and foreign currency (FC) country ceiling to respectively B1 and B2 from Ba3 and B1.

“Non-diversifiable risks are appropriately captured in a LC ceiling three notches above the sovereign rating, taking into account relatively predictable institutions and government actions, low domestic political, and geopolitical risk; balanced against a large government footprint in the economy and the financial system and current account deficits,” Moody’s said in its report.

Moody’s recent rating comes barely a month after Fitch downgraded Ghana’s Long-Term Foreign-Currency Issuer Default Rating (IDR) to ‘B-‘ from ‘B’ with a negative outlook.

Fitch’s rating is the worst for the country in 22 years.

No arrest made after traders attacked clean your frontage taskforce – Police

No arrest made after traders attacked clean your frontage taskforce - Police