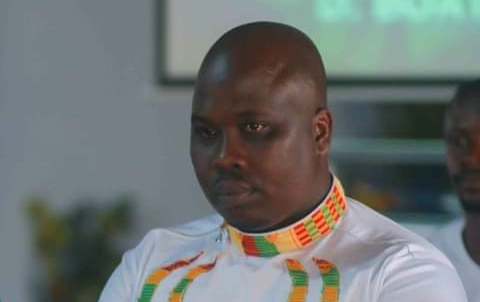 A Broadcast Journalist with Accra-based Power FM, Oheneba Boamah Bennie, has been jailed for 14 days after he was found guilty of contempt of court.

The broadcaster was hauled to the High Court after he was captured on tape claiming that President Nana Akufo-Addo after the December polls in 2020, met with some eight judges including the Chief Justice, Kwasi Anin-Yeboah.

He accused President Akufo-Addo of attempting to influence them in case of any election petition.

The Attorney General, Godfred Yeboah Dame, who led the prosecution, argued that the culprit ought to be penalized to deter others from making such unsubstantiated claims.

The presiding judge on the case, Justice Elfreda Dankyi, found the suspect guilty and fined him GH¢3,000 in addition to the jail term as he was not able to sufficiently prove his allegation to the court.

He is to serve his sentence at the Nsawam Prisons.

The Director in charge of Operations at XYZ Media Group, Eric Ahianyo, who spoke to Citi News after the judgment, said they will soon take a decision on whether to appeal the sentence.

“The story started from a Facebook post. He did a private Facebook post in which he said he had picked information from a Ghanaian based in the US suggesting that the president, Nana Akufo-Addo had held a private meeting with some judges and there was an indication that these judges were the ones going to sit on the election petition case, and they were most likely going to be influenced to rule in favour of the NPP,” he explained.

Ahianyo added that “when the post went viral, he was picked and detained for two days and subsequently charged. The case has been dragging since then and today in the ruling, the judge said she had been lenient and gave him two weeks in jail and to pay a fine of GH¢3,000. The lawyer, Victor Kojogah Adawudu, sought to plead with the court, but the judge said she had made up her mind.”