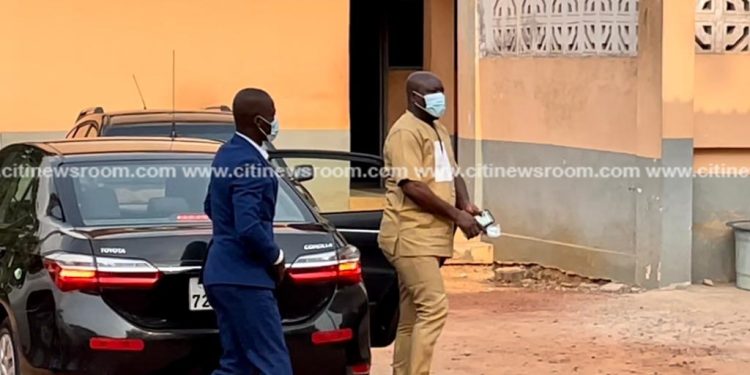 The judge at Takoradi Harbour Circuit Court A, hearing the case involving the suspended Mayor of Sekondi-Takoradi, His Worship Michael Kwadwoe Ampadu, says he is disappointed about the fact that someone had been brought before him for allegedly preventing security officers from going about their lawful duty.

According to him, anyone who engages in such an act is not a friend of the State.

The judge made the remarks when the now suspended Chief Executive for the Sekondi-Takoradi Metropolitan Assembly, Abdul Mumin Issah made his first appearance in court on Friday, February 4, 2022, for careless driving and allegedly verbally assaulting a police officer.

“The offences are bailable, but I want to first sound a word of caution without saying the Mayor is guilty. Any person or group of persons who attempt to prevent the security agencies to perform their duties is not a friend of the State. Not because he is guilty, but the fact that he is standing in the box makes me disappointed…Having said that, I grant him bail in the sum of GH¢100,000 with three sureties and adjourn the case to 17th March“, the judge said.

The MCE pleaded not guilty to the charges of assault on a public officer, offensive conduct and careless driving levelled against him.

He was consequently granted a GH¢100,000 bail with three sureties.

An altercation between the MCE and a police officer, one Superintendent Andrew Sarfo near the Kwesimintsim Cemetery on the night of Thursday, February 3, 2022, was captured on tape and circulated on social media in which the government appointee was heard among other things threatening the police officer with a transfer to Enchi.

He also described the police officer as “ugly” and said he would have beaten him to death when the officer challenged him for driving on the shoulders of the road to move past a police snap check point.

The officer was heard challenging the MCE’s authority to disrespect and threaten him.

Since the audio clip went viral, many members of the public have condemned the MCE and called for disciplinary action against him by the president.

President Akufo-Addo has since suspended him pending an inquiry into his conduct, although the government says it takes “a very dim view of the comments” he made in the audio clip.

Be proactive, form partnership in your quest to save earth – SYND

Be proactive, form partnership in your quest to save earth - SYND