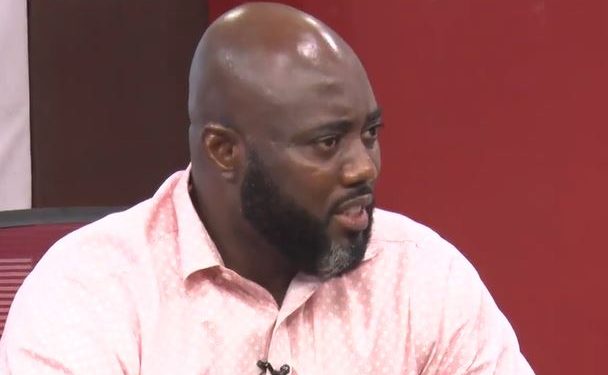 A security analyst, Emmanuel Kotin has called on the government to start a public inquiry into the alleged involvement of police officers in recent bullion van robberies.

His comments come on the heels of the arrest of some police officers at Borteyman near Ashaiman, on Tuesday, March 8, 2022, following claims that they were involved in some major bullion van robberies in Accra.

According to Mr. Kotin details provided by the Police Service so far do not add up.

Speaking on The Big Issue on Citi TV, he said “I am tempted to believe that these suspects were backed by some big men. The police had two main suspects, these suspects were reluctant to confess. This means they were prepared to go any length to cover up for some people. The question is, why did the police take the two suspects to the scene? You don’t take suspects along with you in a swoop. If you are arrested, you lose certain rights. We are in a democracy, but we keep playing with the rights of citizens. Being a suspect does not mean you are guilty of a crime until proven otherwise. The rights of these people ought to have been respected.”

An independent public inquiry, according to him, will provide answers to the tall list of questions.

“Compensations can then be duly paid to the two suspects, who I will tag as victims in this case. There are too many questions that need to be answered.”

He also called for reforms in the Police Service.

“Apart from that, the Ghana Police Service needs so many reforms. Look at the transfer regime in the service. There are police officers who have stayed in particular stations for over 18 years.”

“How much is a police officer paid? But look at the type of cars some of them drive.”

Some five persons were picked up at their hideout after a police intelligence raid at Borteyman near Ashaiman.

The raid also led to the death of two suspected bad officers during an exchange of gunshots.

The two, according to police, had earlier been arrested in connection with the bullion van robberies.

“During the raid at Borteyman, near Ashaiman, there was an exchange of gunshots and two policemen, No. 58284 Constable Reindolph Ansah and No. 53549 Lance Corporal Stephen Kwaku Name who had been arrested in connection with the Bullion Van Robberies, were shot and were pronounced dead on arrival at the Police Hospital where they were rushed for treatment. Some other suspects believed to have sustained gunshot wounds managed to escape the scene”, the police said in an earlier statement.

The bullion van attacks in question occurred at Kingsway, Baatsona, Jamestown and North Kaneshie (Industrial Area) between 2021 and 2022.