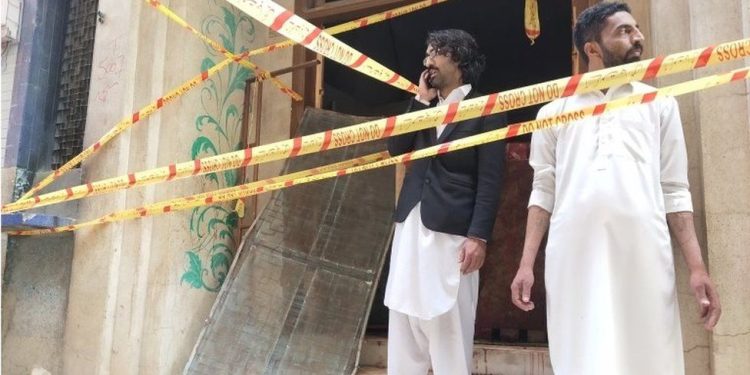 A bombing inside a mosque in the north-western Pakistani city of Peshawar has killed at least 56 people, medics say.

A hospital spokesman said more than 190 people were wounded in the suspected suicide attack on the Shia mosque while Friday prayers were being held.

Some of the injured are said to be in a critical condition. No group has yet said it carried out the attack.

Thousands of people have been killed, most of them Shias, in Pakistan’s sectarian violence in recent years.

“I saw a man firing at two policemen before he entered the mosque. Seconds later I heard a big bang,” said one witness Zahid Khan, AFP news agency reports.

The blast blew out windows in nearby buildings. Local people have been helping ferry the dead and injured in their cars or on motorbikes.

“We have declared an emergency at the hospitals,” said Muhammad Asim Khan, a spokesman for Peshawar’s Lady Reading Hospital, who updated an earlier death toll from police that stood at 30.