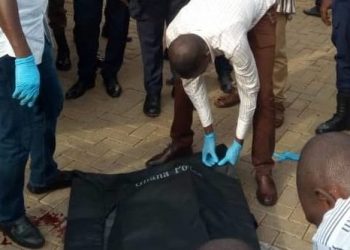 Residents of  Ho in the Volta Region say they are living in fear following recent cases of killings recorded within the municipality.

Last week, an unidentified person was found dead under a bridge wrapped in black polythene and tied with a sellotape near the University of Health and Allied Sciences in the Ho Municipality.

In a similar incident, a man believed to be in his late 40s was also found dead near the GETFund hostel of the Ho Technical University on Thursday.

Even though the police are yet to confirm the cause of these deaths, the Assembly Member for the Bosontoe Electoral Area, Sefadzi Agama, told Citi News that his outfit is working closely with the police to identify the assailants.

“They had earlier recorded robbery incidents. Hostels for the Technical University, UHAS, and private properties around had been attacked. The attacks are usually done at night. People are afraid, especially moving around in the night.”

”With the recent killings, we have forwarded the necessary details we are privy to, to the police, and I am in close contact with them to get to the bottom of it.”

He also asked the security agencies to step up efforts in ensuring the safety of the residents.

“If security is beefed up in the area, and we have policemen patrolling the area at least thrice a week, it will ward off these criminals.”