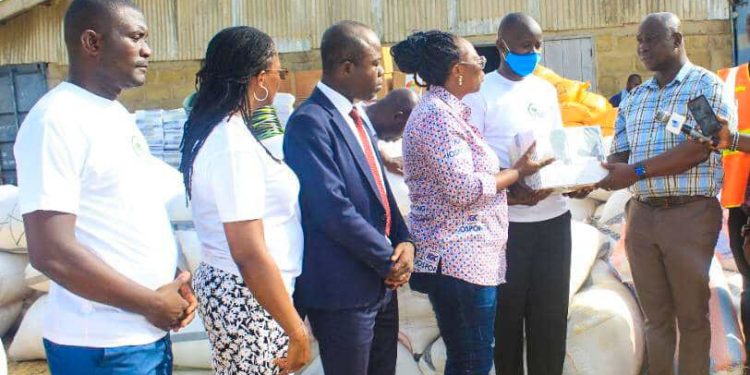 The Jospong Group of Companies has donated relief items worth thousands of Ghana cedis to victims of Appiatse community explosion.

The donation comes as an act of benevolence from the group to commiserate with the families of victims and the entire community of Appiate. 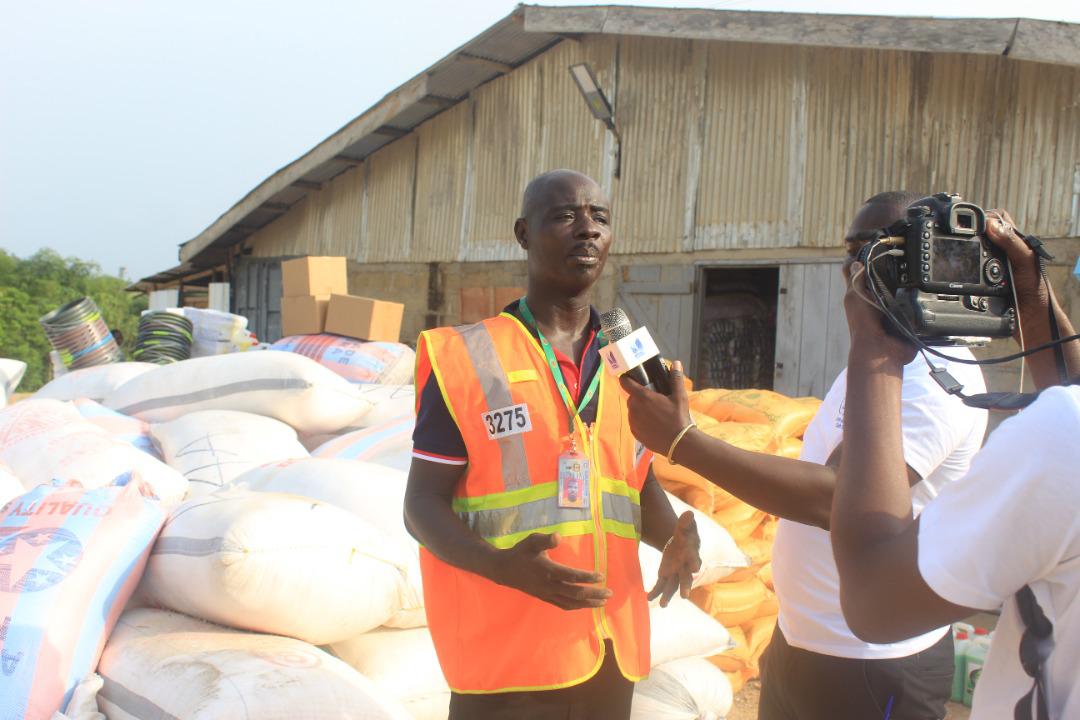 Appiate which is a mining community between Bogoso and Bawdie in the Western Region was involved in a fatal explosion that ruined the entire community, leaving 13 people dead and many others severely injured, when a mining explosive vehicle collided with a motorcycle resulting in the explosion earlier this year. 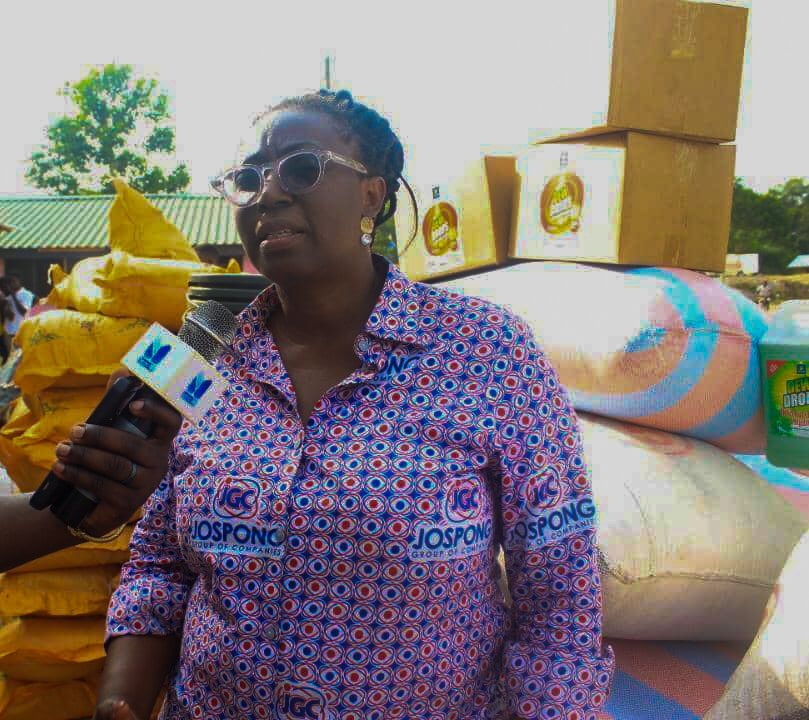 Leading the team to present the items, the Chief Corporate Communications Officer of Jospong Group of Companies, Sophia Kudjordji, said “We are all witnesses to the unfortunate incident that happened a month ago at the Appiate. To this effect, the Executive Chairman of the Jospong Group of Companies pushed us to contact you to know what exactly will be needed for the victims.”

“Today we are here in the name of the Jospong Group of Companies including Zoomlion and other subsidiaries to bring you these items based on the request you made and we have also added few others things.” 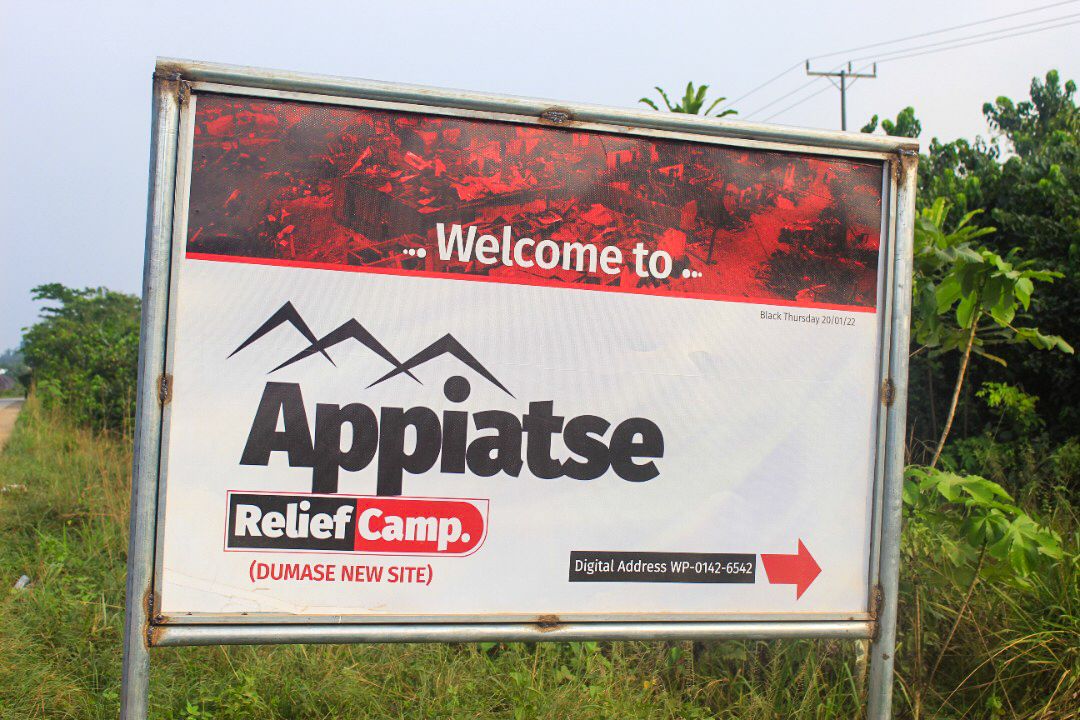 She added that, “throughout the Covid-19 pandemic, the group had been around the country supporting with disinfection and with this incident we deem to sympathise with you, especially in your trying moments. We pray that God almighty will comfort you and help you to overcome this.”

The Western Regional Manager of Zoomlion, Abdulai Abdullah, indicated that the mission of Jospong Group of Companies is to “improve the people’s lives,” and added that the Jospong Group of Companies sees this as a golden opportunity to show our widow’s mite as far as the disaster is concerned… So we have been with people of Appiate right from the onset of this disaster.” 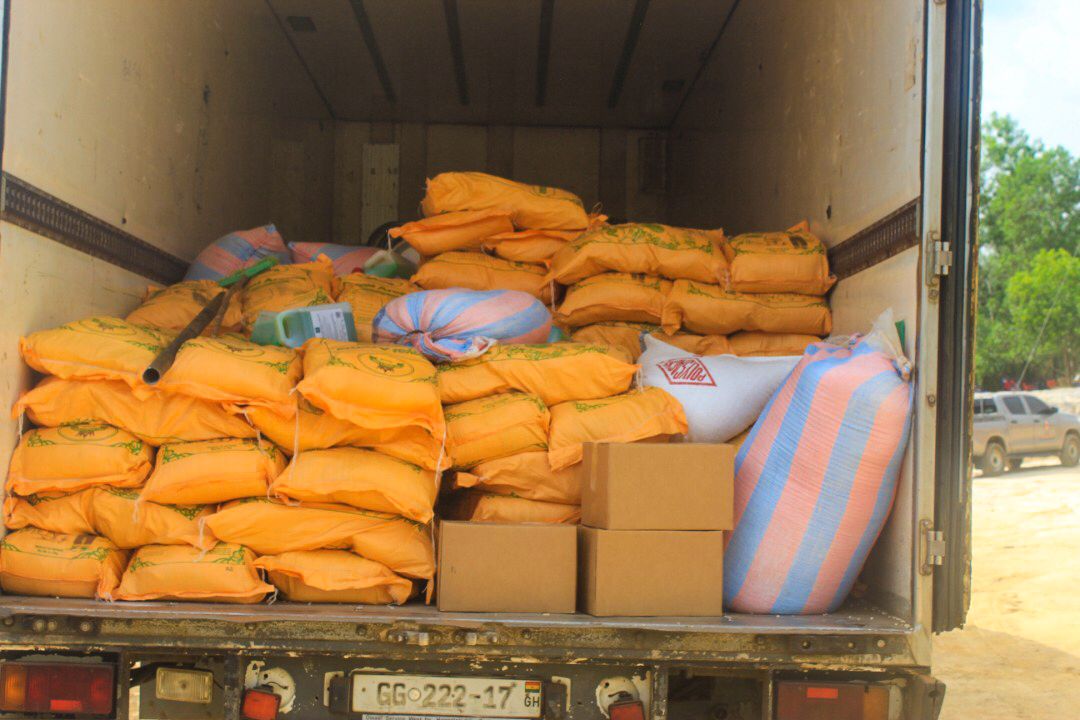 He further indicated that “these items are not the only items we brought, but we had initially brought communal containers that are supposed to take care of the waste situation in the community, our workers are around to support as far as the cleaning of the community is concerned.”

Receiving the items on behalf of the victims of Appiate community, the Divisional Chief of Bepoh, Nana Atta Kojo Beremebi II, thanked the Jospong Group of Companies for their kind gesture.

He assured that the items will be shared accordingly. 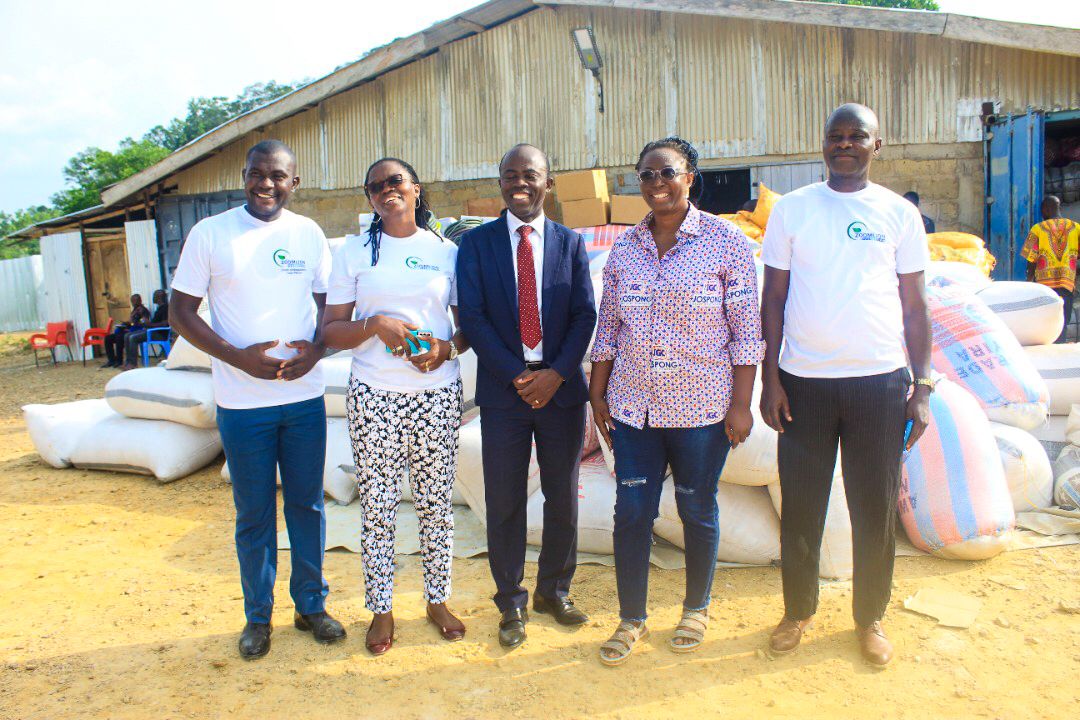 The Municipal Chief Executive (MCE) of Prestea Huni Valley, Mr. Isaac Dasomani, who accompanied the divisional chief of Bepoh to receive the items, expressed the community’s profound gratitude to the Jospong Group of Companies.

“In fact, Jospong Group of Companies has demonstrated leadership by donating such uncalculated items.”

He alluded that the Lord had been so good and wonderful to the victims of Appiate explosion, because, since the incident happened, loads of people continue to come to their aid by way of donating both in kind and cash.

He said looking at these items being donated by Jospong Group, they will go a long way to support the community. 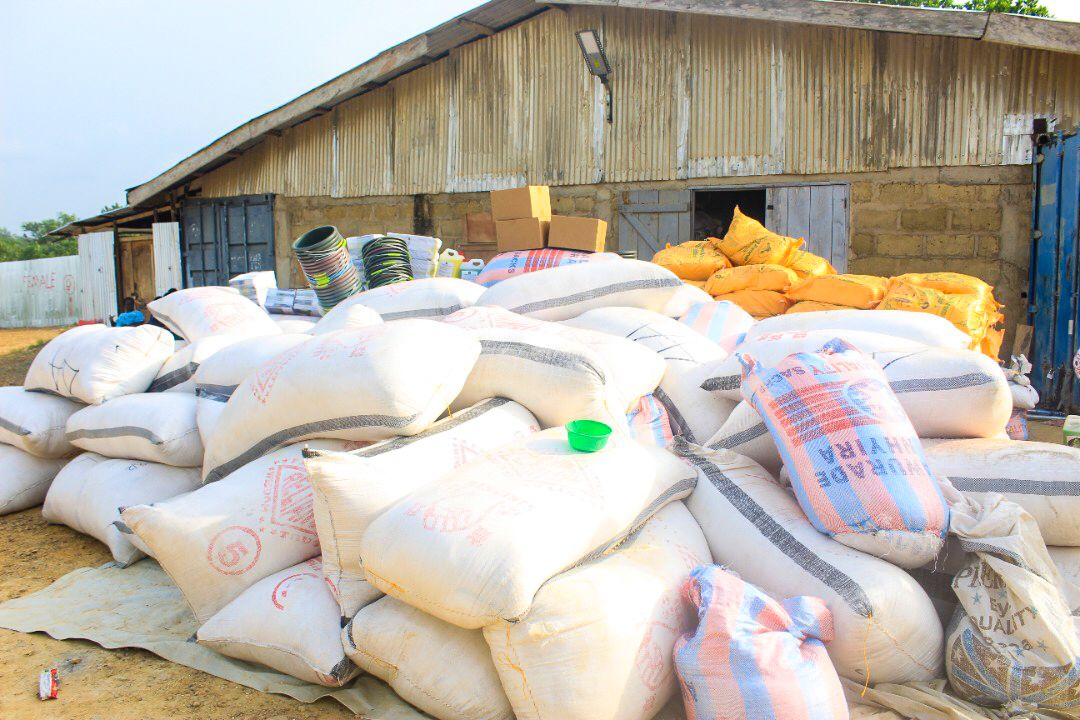 “My office will make sure that distribution will be done accordingly”, he assured.

The MCE, Mr. Dasomani, said their biggest challenge was a vehicle that will be used to convey the children to school.

According to him, out of a population of 964, about 40% were school children.

He therefore, appealed to organisations to support them with minibuses to convey the children to school.

He further revealed that there will be a mass burial for the 7 deceased on Friday.

The team from Zoomlion and Jospong Group, led by Chaplain, Pastor Danso, used the opportunity to pray for the victims of the Appiate explosion.

“May almighty God help the children of this community to rebuild a new Appiate that is strong to stand on its feet so that the narrative of the community.