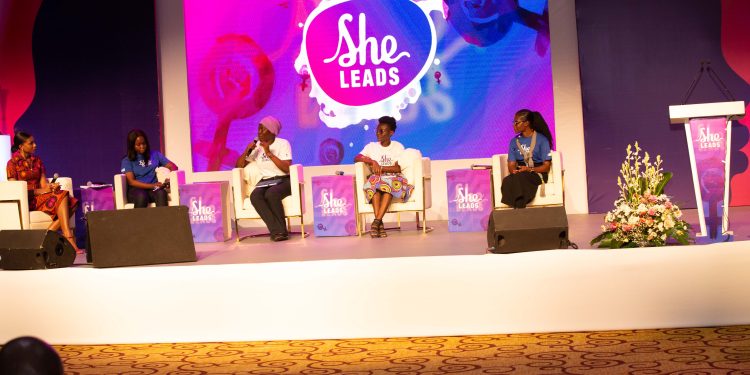 In a world where being a female means working extra hard to ‘catch up’ to what many call ‘a man’s world’, it is imperative that all avenues be used to remind society of the proverb ‘if you educate a man you educate an individual, but if you educate a woman, you educate a nation’.

The campaign was launched on International Women’s Day (IWD), which is celebrated on 8th of March each year. The celebration is to recognize women’s social, economic, and political achievements. It also highlights the importance of creating conditions favourable to women for their full and equal participation in social development.

Presenting the general overview of the project, Anna Nabere, Program Manager of the Campaign, stated that the strategic objective of the project is to increase sustained influence of girls and young women (GYW) on decision-making and the transformation of gender norms in formal and informal institutions. She added that, the long-term aim (impact) of She Leads is that GYW’s perspectives are included in gender responsive laws and policies and societal norms and practices. 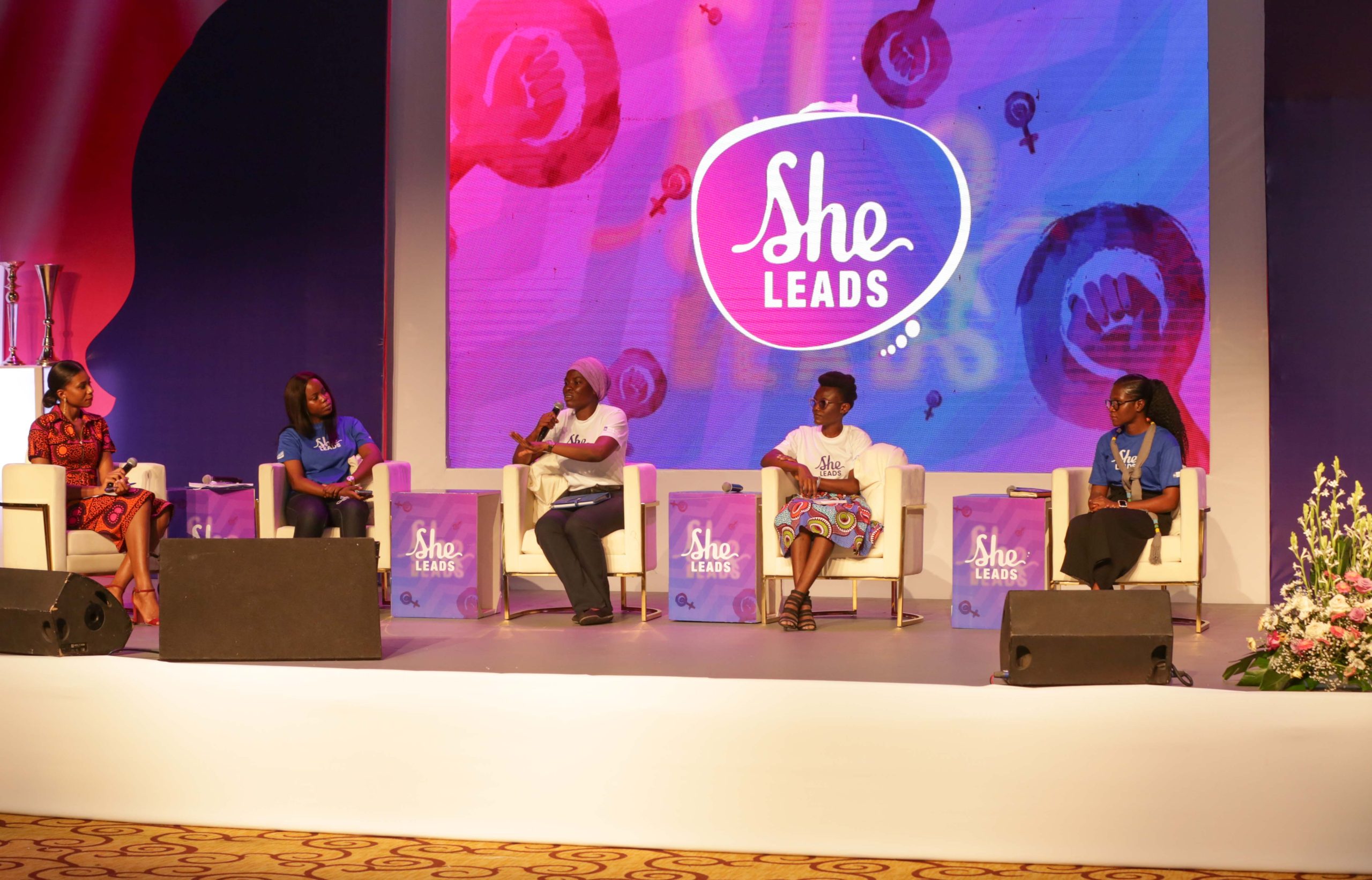 “Women have been marginalized in governance. The percentage of women in Parliament is a reflection of the imbalance. The percentage has ranged from 9.6% in 1960 to 8.7 in 2008 to the current Parliament of 2021, where we have 40 out of 275 making it 14.45%. We have had one female Speaker of Parliament since independence, with the rest being male. We have never had a female President or vice president. Ministerial positions have always had more men than women. The Judiciary has more men in the Superior as well as Lower Courts than women and have had two female Chief Justices since independence”.

She ended by calling on stakeholders to come on board to make this campaign a success and women to aspire to do and be more “As you launch the She Leads project today, I look forward to the opportunities it will create to enable young women to aspire for leadership. Women are capable of achieving laurels in the public and private sectors. They need to be equipped and inspired to aspire for leadership. There is also the need to break the bias to make their push for leadership possible. This can be made possible by laws like the Affirmative Action (Gender Equality) Law, which will put in place programmes to ensure that there is a level playing field for both sexes”.

Songstress Adina Thembi was introduced and unveiled as the official brand ambassador for the She Leads Campaign.

She performed, for the first time, the official jingle for the Campaign.

The official pledge for the campaign “I pledge to give a girl a chance because when she leads, we gain”

The She Leads Project is by Plan International Ghana in partnership with Defense for Children Ghana, Women Aspire Network and Gender Centre for Empowering Development, with funding support from the Ministry of Foreign Affairs of the Netherlands.