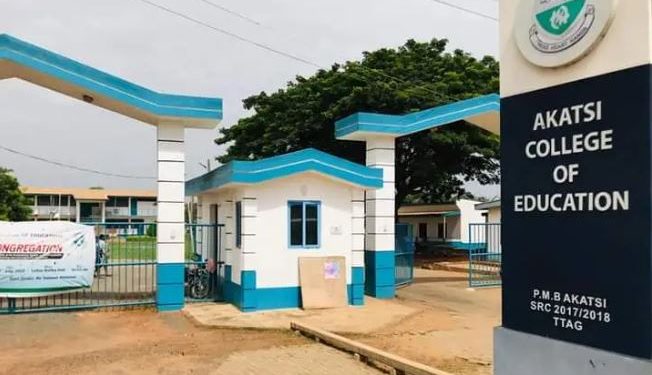 According to him, although Colleges of Education are tertiary institutions, they cannot be run like universities where students feed themselves.

Speaking on Eyewitness News, he said with about 60 students in a dormitory, it is impossible to allow students to prepare their own meals in their dormitories.

“They [Colleges of Education] are what I call a special group of people. Special in the sense that, in the Colleges of Education, we have dormitories and not halls of residence, so if we ask them to feed themselves it is going to be very difficult because they are not in the position to do so because of the structures that they use.”

Colleges of Education have recently been in the news after principals told students that they would be fed twice instead of three square meals due to the delay in the payment of six-month feeding allowances by the government.

The principals had also indicated that the trainees were going to start feeding themselves from May 8, 2022, if the government did not release funds for feeding.

Although the government announced not too long after the announcement that it had released funds for the feeding of the teacher trainees, many, especially on social media, have raised questions about why tertiary students, like those in the teacher training colleges, should be fed by the State.

But according to Dr. Nyamekye, the debate about whether or not to feed teacher trainees can be had when proper structures like actual halls of residence, are put in place.

He said plans are underway for that to be done, but it is officially yet to commence.

“We are growing and I am sure when the university started, they started like us. We are universities [but] for now it is impossible for us to do so because of the way they were built. Government has plans in place to ensure that we also have halls of residence, but that has not been started, but we are confident that that will start soon,” he said.

“When we get there, we can talk about whether we should continue to feed them as tertiary students,” Dr. Nyamekye added.