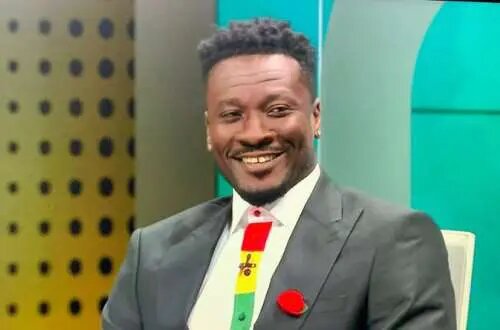 Former Black Stars skipper, Asamoah Gyan, says it is unfortunate that he would have to live all his life with the memory of the 2010 penalty against Uruguay at the World Cup.

According to him, he had always looked for another opportunity to redeem himself with Uruguay.

Speaking on The Point of View, on Citi TV on Wednesday, Asamoah Gyan said the crucial miss, despite his disappointment, did not mean that he wasn’t good at converting spot kicks.

“[Meeting Uruguay again] is something I had wanted to since that time [2010 incident]. [Unfortunately] I have to live with it till the end of my life. When you make mistakes it doesn’t mean you don’t know how to do it,” he said, adding that his decision to go ahead and take part in the penalty kicks in that same game was “to show people the [first miss] was only a mistake.”

Gyan, who is set to launch his autobiography titled “Legyandary” on April 30, 2022 said he is uncertain about the cause of Ghana’s long AFCON trophy drought.

He argued that while the team consistently goes into the tournaments to win, different uncontrollable factors affect their quest.

Ruling out the view that Ghana’s long AFCON trophy drought is because the country is unlucky, the former Kayserispor forward said the expectations of Ghanaian fans are very high and the team continues to do its best to win the trophy.

“Everybody goes in to win, but at the end of the day maybe things go wrong. We have the mentality to win. In Ghana the expectations is so high so we go there to do our best but things can go wrong. Luck is just about 5%,” he indicated.

Gyan, who holds the national record of the most goals scored by an individual player for the national team commended the current Black Stars technical team particularly for the recent Qatar 2022 World Cup qualifier games against Nigeria.