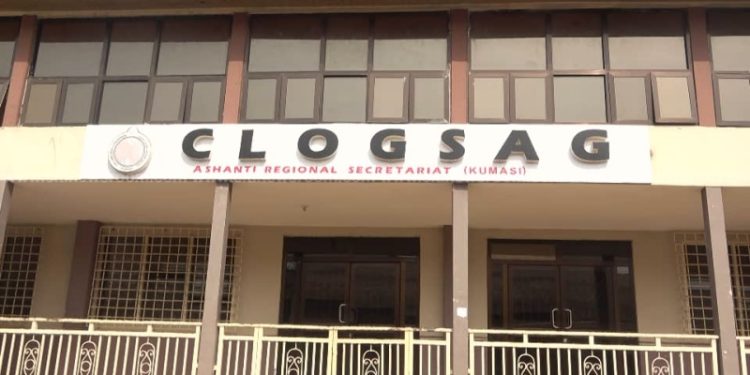 The impact of the strike by CLOGSAG is now hitting Parliament, as Members of  Parliament’s  Local Government Committee say they cannot access their Common Fund because Local Government staff who are supposed to help with the documentation are on strike.

This came up after a meeting between members of the  Local Government Committee and leadership of CLOGSAG in Parliament on Monday, May 9, 2022.

Addressing the media after the meeting, the Vice Chairman of the Local Government Committee of Parliament, Suleman Adamu Sanid expressed optimism that members of CLOGSAG will resume work soon.

“Every MP is affected by the strike. There are so many things that we are trying to process, but we cannot do. If things go through, I’m sure it [strike] will be resolved in no time. Let’s remain positive,” he said.

Suleman Sanid also indicated that the committee will consider engaging the Fair Wages and Salaries Commission (FWSC) for a permanent solution to the problem.

“We are looking at engaging the FWSC because they’ve been in existence for so long, and we still have strike actions here and there. We want to engage them to really understand what is still holding them and causing some of these things so that as a country we can see how to address this. If FWSC doesn’t have the necessary legislative tools, we can do that so that this perineal issues of strikes here and there will be a thing of the past,” he said.

Meanwhile, the Member of Parliament for Odododiodoo, Nii Lante Vanderpuye says they’ll consider making a statement on the floor of the House upon resumption of Parliament to address the issue of wide disparity in salaries of public sector workers, which is the cause of most labour agitations.

“We did make the appeal to them (CLOGSAG) in the interest of Ghana. All of us are feeling it and that is why Parliament has been invited to come in. For MPs, our Common Fund releases at the assemblies cannot be worked on. We thought that our appeal hit CLOGSAG, and they’ve given us assurance, so let’s pray that what they are looking for, they will get it so that they can resume work. We have taken a decision that on resumption of the house, we shall make a statement on this issue of disparity of the wage structure of the various labour organization so that as a country we take a look one more time on wage and workers’ conditions of service to resolve this,” he said.