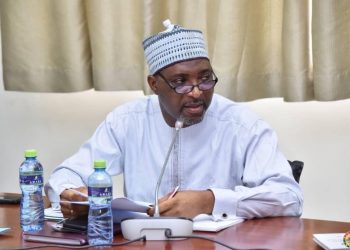 The Minority Chief Whip, Alhaji Muntaka Mubarak says he believes that Parliament’s decision to probe some legislators over their absenteeism is wrong and maintains his stance that the Speaker, Alban Bagbin ought to rescind the decision to get the Privileges Committee to look into the matter.

Speaking on Eyewitness News, he said, although there is very little he can do to persuade the Speaker to rescind the decision, he is pleased that history will remember him for opposing the decision.

“[For things like this] You do them for posterity. I will want to be remembered that when this wrong path was charted, there was at least one MP who drew the attention of the world that the path was a wrong one. I am very convinced beyond reasonable doubt that the path we have chosen is the wrong one, but the Speaker has the prerogative,” he said.

Muntaka had filed a motion to impress on Alban Bagbin “to revoke, cancel or rescind the referral made by the Rt. Hon. Speaker on the 5th Day of April 2022, to the committee on Privileges to consider the issue of absence without permission from the House under Article 97 (1) (c) of the constitution and Standing Orders 15 and 16 of Honourables Sarah Adwoa Sarfo, Henry Quartey and Kennedy Ohene Agyapong.”

But a memo addressed to Muntaka from the Office of the Principal Assistant Clerk said the Speaker had directed that he be informed that the motion has been dismissed.

“I have been directed by the Clerk of Parliament to kindly notify you that Rt. Hon. Speaker pursuant to Order 79(4) of the Standing Orders, declined admission to the Motion filed by you on the subject of absence without permission,” the memo read.

Muntaka said he will not take any immediate action to challenge the Speaker’s decision and will only raise the issue after the committee presents its report to the plenary.

“Once the Speaker has rejected the motion, there is nothing you can do. You may wait for the report to come to the floor and if you have to comment, you can make it,” he said.