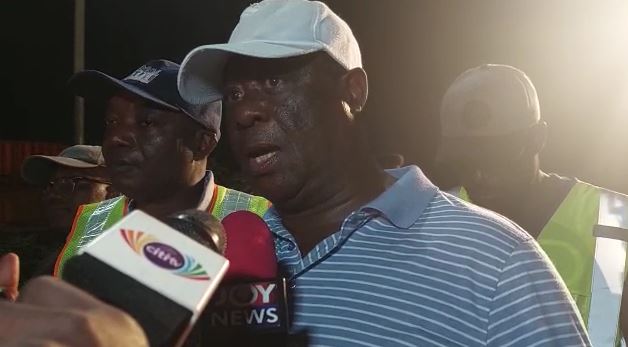 The Minister for Roads and Highways, Kwasi Amoako-Attah says the ongoing works on the bridge over the Lakplakpa river on the Tema-Motorway is meant to be a lasting solution.

According to him, a similar repair work was done in 2014 by the John Mahama government, and although what was done is acceptable, it was only a temporary fix.

“The last renovation was in 2014. The government at the time moved in quickly to remedy it. They used steel plates but this time, we are using concrete, because this is a concrete road, so we want uniformity. The engineers of today advise that we should concretise it… We’ve underlaid it with iron roads. We are doing something that will be a permanent fix so that this problem will not occur again. This is a lasting and permanent treatment,” he told pressmen during a visit to the site.

The Minister further urged the motoring public to bear with contractors working on the bridge as they complete the project, meant to avert any danger.

“We’ve issued notices, even as far back as four days before the start of the work. The diversion is a short one. The motorway is a heavy traffic route and so if there is a second of delay, traffic starts piling up,” he explained.

He indicated that, the road will be opened to the public, by Friday morning, as earlier indicated.