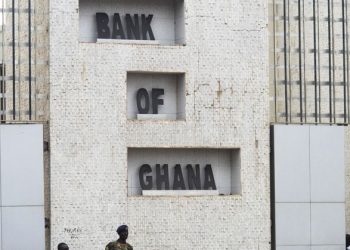 The Bank of Ghana has decided to appeal the Court of Appeal’s ruling overturning the revocation of the license of uniCredit Ghana Limited.

Hoda Holdings Limited, a mother company of uniCredit, in 2019, challenged the decision by the Bank of Ghana to revoke the license of its firm and filed an interlocutory injunction on the process.

The high court however dismissed the said application and approved the actions of the Bank of Ghana.

Citi News sources close to the central bank said the receiver of uniCredit Ghana Limited will continue to perform his statutory functions while the appeal processes are filed by the Bank of Ghana.

Meanwhile, finance journalist Toma Imihere is worried about the reputation of the Bank of Ghana after its decision to revoke the license of uniCredit was overturned by the Court of Appeal on Thursday, July 7, 2022.

“It is a dent on the Bank of Ghana’s credibility because it means they did not adopt due process,” he told Umaru Amadu Sanda on Eyewitness News.

uniCredit was among the 23 insolvent savings and loans companies and finance houses that had their licenses revoked in 2019.

Mr. Imihere remains sceptical that uniCredit will have the resources to leverage the court’s decision to resume its financial services.

“We are in totally uncharted territory. At this stage, I don’t think financial analysts can predict what will come next. This is more of a legal tussle about due process.”