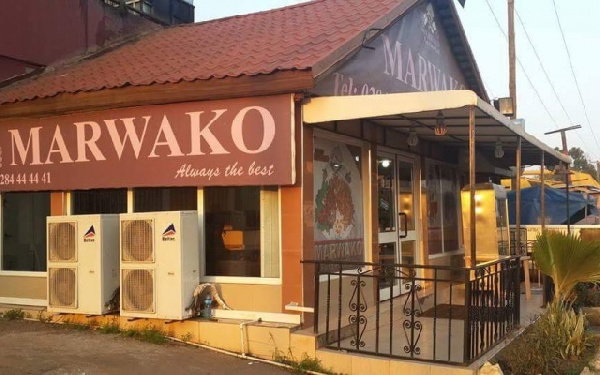 The Food and Drugs Authority (FDA) has given clearance to Marwako Fast Foods to reopen its East Legon branch.

The authority in a letter to the restaurant said it is satisfied with the progress it has made in implementing the various corrective prevention actions required following the closure of the facility.

All branches of Marwako fast foods were closed down on May 2022 after some customers complained of falling ill after eating at their branch in East Legon, Accra.

The FDA decried how their efforts to establish the prime cause of contamination had been hampered by “the unapproved and unilateral decision of Marwako to destroy some food items” in the course of the investigation.

The authority subsequently applied the appropriate regulatory sanctions, noting that it is monitoring the implementation of the corrective and preventive actions by the management of Marwako Fast Foods to “address all the non-conformances identified to prevent any reoccurrence.”

After nearly two months, the FDA says it is satisfied with the efforts by the company hence the clearance to resume operations.

“Following the verification inspection of your facility at East Legon to ascertain the level of implementation of corrective prevention actions (CAPA), the Food and Drugs Authority writes to inform you that it is satisfied with the progress made in the implementation of the CAPA to forestall any future food poisoning incident. The Food and Drugs Authority (FDA) hereby lifts the suspension of catering services places on your facility at East Legon,” the letter to Marwako from the FDA said.

The FDA further indicated that despite the clearance, it will be conducting follow-up inspections to ensure full compliance to the code of hygiene practices.

Meanwhile, Marwako says it is looking to reopen the branch immediately. 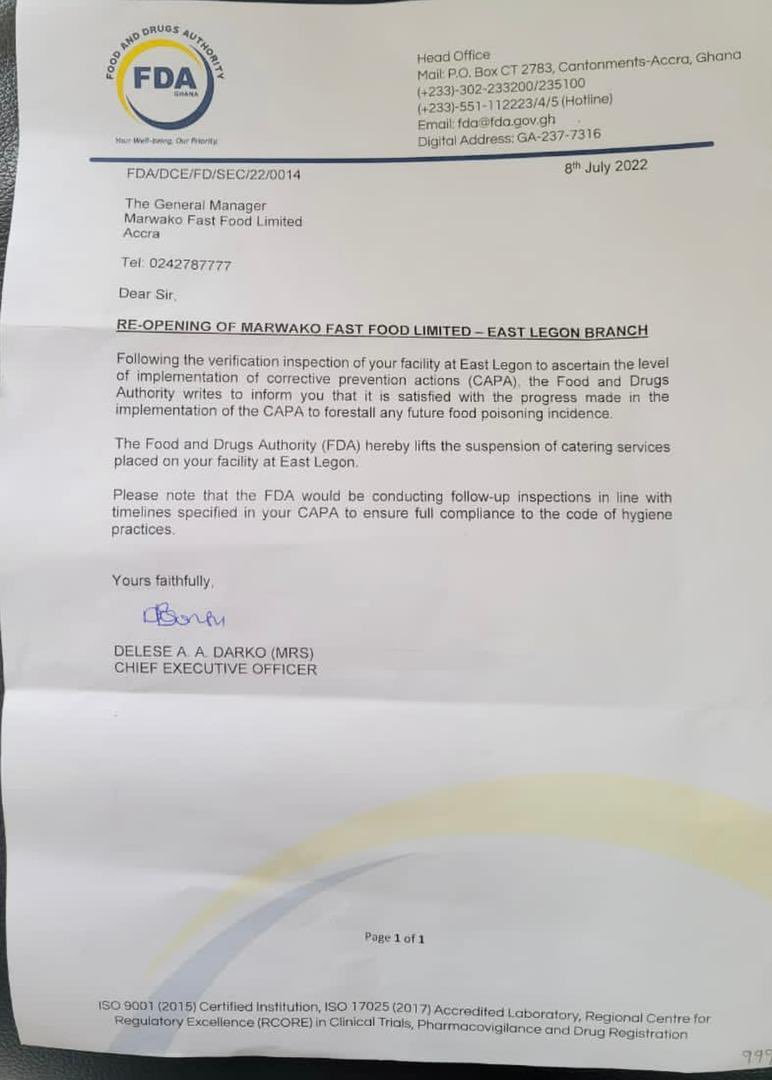