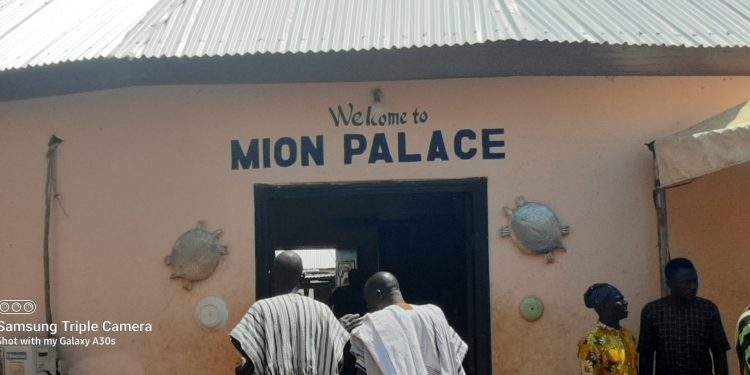 An Islamic prayer session held for the dead dubbed “Adua” will be held today for the Chief of Mion, Naa Mahamadu Abdulai V, who passed away three days ago.

According to the family of the late Mion Lana, after the 3rd Adua, the 7th-day one will also come off on Sunday, August 21.

Dagbon was thrown into a state of shock when the news of the death of the Mion Lana hit the area on Wednesday, August 17, 2022.

Naa Mahamadu Abdulai V has already been buried in line with Islamic rules, as he was a Muslim and an Alhaji.

Citi News understands that, per their customs, traditional authorities of Dagbon, will on Thursday, August 25, start with the installation of a new regent pending the final funeral rites of the late Mion Lana.

The head of the family, Kpating Lana, Yakubu Abdulai, told Citi News in an interview that: “We gave two sheep for the mallams to pray, and we also gave a goat and other items to our traditional persons who did the burial. So, today, Friday, we shall do the 3rd-day Adua and God willing on Sunday the 7th day Adua will come off in line with Islamic processes because he was an Alhaji.”

”Then from there, our tradition in Dagbanli starts with the installation of a regent,” he added.

Naa Mahamadu Abdulai V died at the age of 48 and left behind four wives and 12 children.

He was the first son of the late Ya Naa Mahamadu Abdulai IV who was the Overlord of Dagbon from 1969 to 1974.

He was 14 years old when his father died and was accordingly enskinned as Bolin-Lana of the Abudu Royal Gate in Dagbon, which is one of the skins, a chief has to occupy to become the Overlord of Dagbon Kingdom in future.