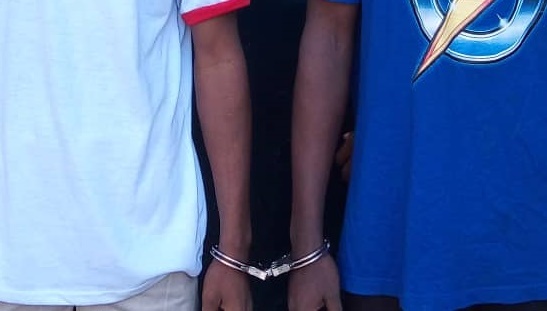 10 persons who attacked and molested a teacher of the Anyinasin Methodist Junior High School after he punished some students for misconduct have been arrested by police in Abuakwa North Municipality of the Eastern Region.

The 10 which includes one JHS 3 student and two JHS 2 students of the school were picked up by the police at the Anyinasin Chief’s Palace immediately after they gave their side of the story as part of a MUSEC stakeholders engagement held on Monday.

The students who admitted to trading an illicit drug called D10 in school, which makes its users feel high and drowsy, will be arraigned on Tuesday.

In an interview with Citi News after the stakeholder’s engagement, the Public Relations Officer of the Abuakwa North Education Directorate Maxwell Kofi Owusu confirmed the arrest and indicated that academic activities will resume on Tuesday.

Mr. Owusu however indicated that “the traumatized teacher may be transferred to a different school for his own safety and security.”

Meanwhile, the Municipal Chief Executive of Abuakwa North and Chairman of MUSEC, Alhaji Umar Bodinga who led the engagement has assured that “all suspects found culpable will be dealt with according to the law.”

He also indicated that the supplier of the said drug D10 will be arrested by the police.