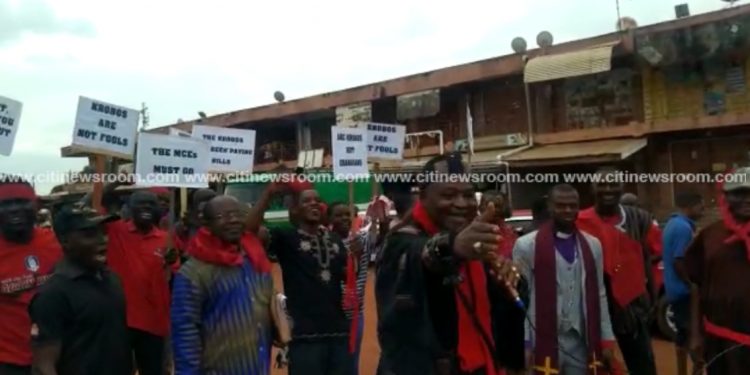 Chairman of the Mines and Energy Committee of Parliament, Samuel Atta-Akyea is urging traditional authorities of Krobo to call residents and indigenes of the area to order as the Electricity Company of Ghana works to restore power to the community.

According to him, it will be in the best interest of the people of Krobo if they revise their decision on the matter.

There have been tensions between the residents and the ECG in recent times over the installation of prepaid metres.

The situation has led to power outage in the area for some time.

Speaking to Citi News, Mr. Atta Akyea stressed on the need for people of krobo to abide by the law of the country.

“Our people in Krobo should change their stance. There is nowhere in this world that one can enjoy electricity for free. So we want our people to be law-abiding, that is what, I will stress and the stakeholders particularly the chiefs should call the residents to order.”

Already, the Divisional Chief of Okper in the Yilo Krobo municipality of the Eastern region, Nene Anyeenorgu Teye Agor has welcomed the latest decision by ECG to bring back power to the Krobo enclave.

The latest decision was arrived at during a stakeholder meeting in Accra on Thursday by the management of the ECG, the traditional leaders of both areas, the Regional Minister and the National Security Ministry.

The two Krobo municipalities have been without power for over two weeks due to security concerns raised by the ECG.

Nene Anyeenorgu Teye Agor says the traditional authorities will do all they can to provide the needed security assistance to the utility service provider.

The Municipal Chief Executives (MCE) for Yilo Krobo and Lower Manya Korbo in the Eastern Region have urged calm among residents, assuring them that power would be restored soon.

There have been tensions between the resident and the ECG in recent times over the installation of prepaid metres.