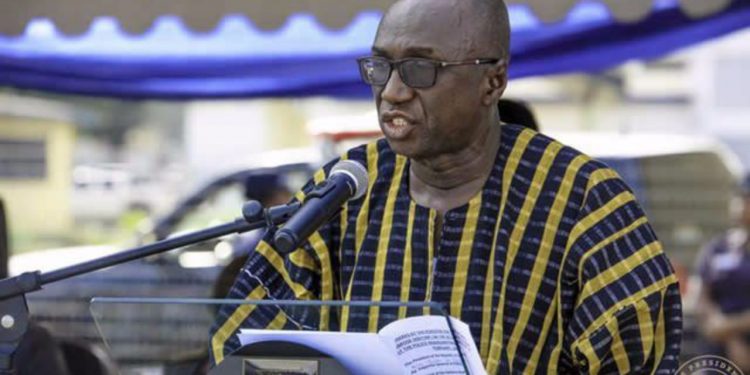 The Minister for Interior, Ambrose Dery has called on fire service personnel to join in sensitizing the public on the ‘See Something Say Something’ campaign.

The Nandom legislator admonished fire service personnel to attach urgency to the threats of terrorism while performing their primary role of education and fighting fires.

Speaking at the passing out parade of Recruit Course 55 of the Ghana National Fire Service, Ambrose Dery urged the recruits to exhibit high sense of discipline.

“We live in a region which is volatile and prone to extremist activities. Our neighbours have been attacked so let me make it clear that, the footage suggesting that extremists have attacked Ghana are false and should be disregarded. I will entreat Course 55 just as I will entreat Ghanaians that even though Ghana has been spared, we must remain vigilant.”

Ghana’s security agencies have been put on high alert over threats of terrorism in the country.

The government said several efforts are underway to ensure that the country is protected from any form of attack following reports that terrorist groups are looking to expand southward, with countries such as Ghana in focus.

The Ministries of National Security and Information launched the “See Something, Say Something” campaign to create awareness among citizens. This follows threats of a possible terrorist attack in Ghana.

Recently, the West Africa Centre for Counter-Extremism in its latest report warned that Ghana is at high risk of terrorism following pockets of civil, political, and social unrest in parts of the West African sub-region.

It said threats of violent extremism are heavily descending towards coastal states from the Sahel regions and that Ghana may not be spared, for that matter, given happenings in its neighbouring countries.