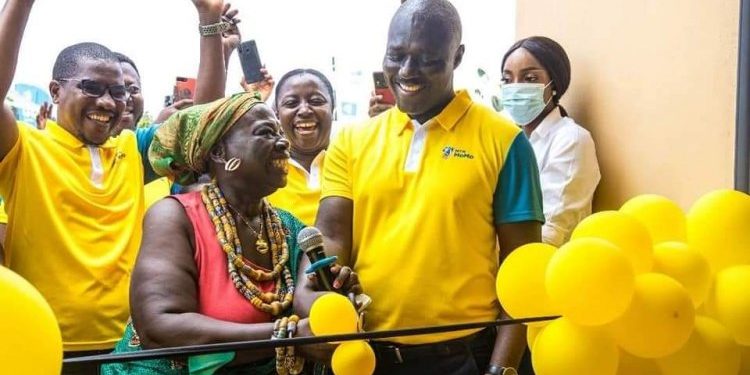 As part of its 10th anniversary celebrations, MTN Mobile Money Limited has honoured the lead character in its first TV and radio commercial.

Rita Nhyiraba Tetteh, the woman and voice behind the “Me Nsa Aka ooooo” commercial which aired about a decade ago, was presented with a two-bedroom house worth over GH¢300,000 for the great contribution to the establishment of MTN MoMo.

This comes as a fulfilment of the company’s promise to Madam Tetteh after she disclosed that she needed a permanent place of abode and came up with the plan of the type of facility she wanted. 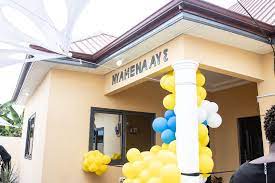 At a colourful ceremony organised by the company to hand over the building to her, CEO of MTN Mobile Money Limited, Eli Hini, indicated that “Madam Rita’s role and delivery as well the entire cast in MoMo’s first every commercial played a significant role in appealing to the Ghanaian populace. Today, Madam Rita’s efforts as well as those of several others who believed in the opportunities MoMo presented at the time have yielded positive results”.

Elated about the progress MTN Mobile Money has made over the past ten years, Eli Hini lauded his outfit’s successful efforts in pushing Ghana to emerge as one of the shining examples of how the mobile money innovation has been used to drive a cash-lite society while enhancing financial inclusion across all levels of the economy.

“The impact and success stories have been telling – offering mobile financial services to the banked and unbanked, and creating job opportunities for millions of Ghanaians. Today, many people within the informal sector who were left out of the financial ecosystem are all playing active roles in Ghana’s financial ecosystem through the mobile money intervention.”

He further encouraged MTN’s partners and stakeholders to remain resolute and loyal to the MoMo brand.

Rita Nhyiraba Tetteh, who could not hide her joy, expressed her gratitude for the opportunity that was given to her to play the role of a lead character in the commercial, and the love shown toward her since the beginning of the Mobile Money journey.

She further stressed the need for customers of MTN to stay glued to the network and continue to enjoy the benefits and convenience of MoMo.