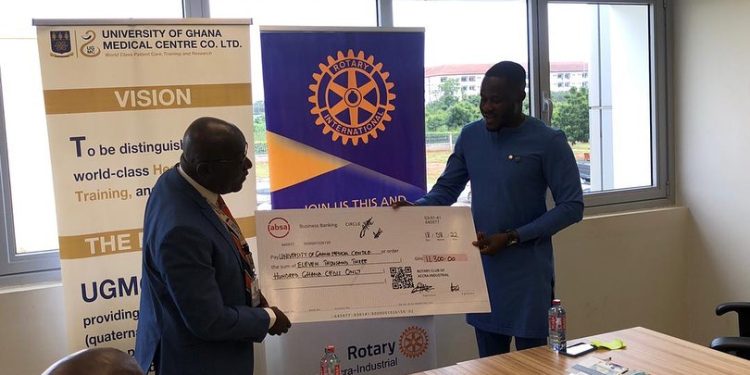 The objective of this MOU is to establish an arrangement for the training of SHS students in Basic Life Support commonly known as CPR, which generally refers to the type of care that first-responders, healthcare providers, and public safety professionals provide to anyone who is experiencing cardiac arrest, respiratory distress or an obstructed airway.

The MOU is also expected to strengthen the bond between the two institutions in the provision of areas of quality and affordable healthcare services to the general public and the vulnerable in society. Dr. Darius Osei signed in the presence of Prof. Aaron Lawson (Director of the UGMC’s Medical Training & Simulation Centre) while RP. Dean S. Senchim signed in the presence of Rotarian Nana Konadu, the Service Projects Director. 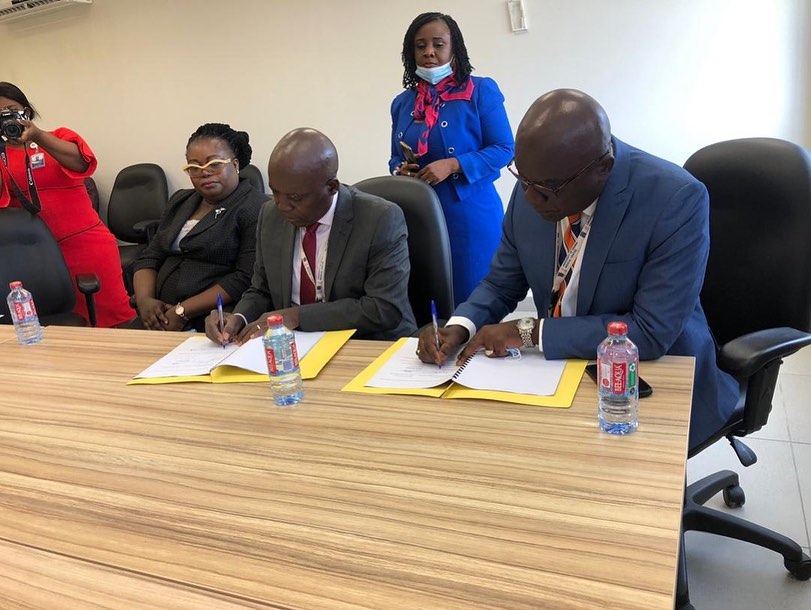 The ceremony also saw the Club presenting a cheque of GHS 11,300 which cover the full cost of training the first 200 SHS students.

Dr. Osei expressed appreciation to the Rotary Club of Accra-Industrial for the signing of the Memorandum, noting that it has opened up channels for cooperation between the two Institutions and other Rotary Clubs as well as other organizations, to also come and support the Centre’s priority areas as the Centre is now fully opened to both the Ghanaian public and residents of the sub- region after the completion of Phase II of the UGMC Project in March 2022. He commended the Club for the swift call to action and encouraged educational institutions in the country to encourage their students to participate in CPR training because it would enable them to have life skills that will help improve their confidence as well as help them to save the lives of victims of sudden cardiac arrest.

The Director of the Medical Training and Simulation Centre of the UGMC, Prof. Lawson indicated that the training center was open to both health and non-health professionals and revealed that he and his team had already trained over 1000 staff in several corporate organizations in the country including staff of the UGMC since it became operational.

In response, Dean S. Senchim the Rotarian president stated that this MoU which establishes a formal basis for cooperation is expected to strengthen previous cooperation and facilitate the training of 200 SHS students in Basic Life Support which will go a long way in saving lives. He indicated that this falls within one of the seven areas of focus for Rotary which are; Peacebuilding & Conflict Prevention, and Basic Education & Literacy, Disease Prevention & Treatment, Water Sanitation & Hygiene, Community Economic Development, Maternal & Child Health, and Supporting Environment, which will be a foundation for many areas going forward.

The Rotary Foundation has a program of ensuring affordable healthcare for certain critical conditions of which UGMC can offer such services, therefore further engagements with the Rotary foundation would be considered to see how best both parties can benefit, he added.