The darkness that covered the road between Koffekrom to Anyinam, both suburbs of Obuasi in the Ashanti Region will now be a thing of the past as mining giant AngloGold Ashanti has fully installed overhead powerlines and streetlights on the 1.6 km stretch.

Apart from beautifying Obuasi Gold Street, the project will also enhance security by protecting road users, who have been complaining of attacks by criminals on the stretch during the evenings.

This, however, comes as a welcome relief for pedestrians and motorists who ply that stretch.

The Stakeholders Engagement Superintendent of Anglogold Ashanti, Edmond Oduro Agyei, who spoke to the Media after a short ceremony to hand over the project to the Obuasi Municipal Assembly, said the project forms part of the commitment made by AngloGold Ashanti to the people of Obuasi to improve the social infrastructure of Obuasi.

Again, he mentioned that the project also forms part of the community safety initiative of AngloGold Ashanti, which features prominently in their 10-year Socio-Economic Development Plan.

“We believe that provision of streetlights is a primary responsibility of the Assembly but as corporate citizens, AGA deems it as a shared responsibility to also contribute positively to the well-being of the people of Obuasi.”

Fully funded by AngloGold Ashanti at a cost of GH¢650,000, Mr. Oduro Agyei said the project will help improve the well-being of road users on that stretch.

He added that though the project was an initiative of the Obuasi Municipal Assembly, AngloGold Ashanti had to step in to fund it when the request came through from the Assembly for support.

Elijah Adansi-Bonah, the MCE for Obuasi, hailed the harmonious working relationship between Anglogold Ashanti and the Obuasi Municipal Assembly.

He said the healthy relationship between the two institutions has contributed immensely to the development of Obuasi.

“I can say that the Assembly is enjoying an unprecedented healthy working relationship with AGA. The current management of AGA has been responsive to the needs and challenges of Obuasi anytime the Assembly petitions them for support”.

Touching on the streetlights, Mr. Adansi-Bonah said the Assembly had earlier installed streetlights on that stretch, but thieves came to steal them.

The Obuasi MCE revealed that the Assembly has plans to extend streetlights to other parts of the Municipality without Streetlights to enhance security in those areas.

Nana Amoabeng Kotoko, Odikro of Anyinam lauded Anglogold Ashanti for their proactiveness in supporting the communities where the Mine operates. He assured that the community will protect the streetlights from unscrupulous people who will attempt to cut the cables.

The overhead powerlines and streetlights were constructed by Ahenfo electricals, a locally based contractor. 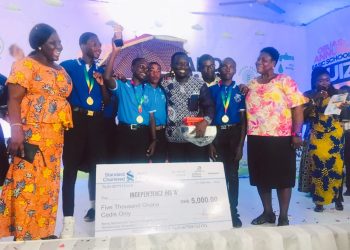 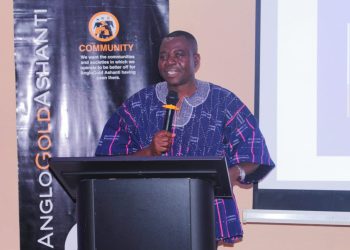 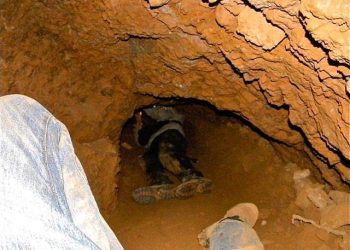 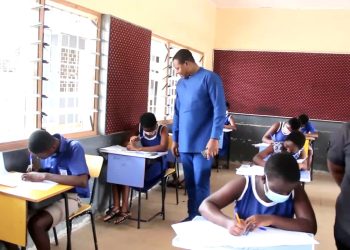 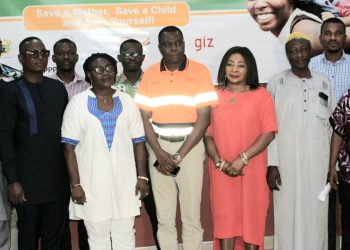 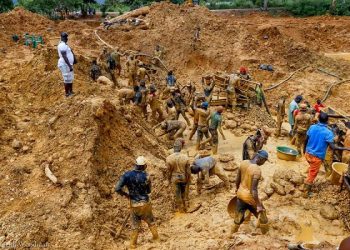