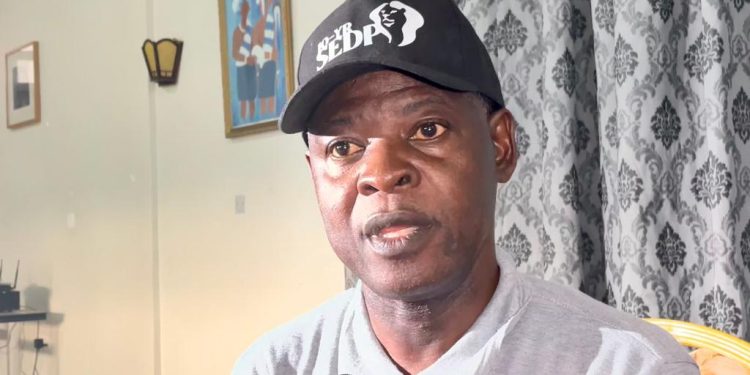 The Co-Chair of the Ghana Extractive Industry Transparency Initiative, Dr. Steve Manteaw says the Ghana National Petroleum Corporation’s payment of revenues accrued from 7% interest in the Jubilee and TEN petroleum fields to Ghana Offshore Holding Company is a breach of the Petroleum Revenue Management Act (PRMA).

Dr. Manteaw who is a former Chairman of the Public Interest and Accountability Committee (PIAC) told Citi News, GNPC must return the over $100 million revenues from crude lifting as a result of the 7% which was acquired by GNPC on behalf of the state back into the Petroleum Holding Fund in accordance with PRMA.

“Anadarko was a partner to the Jubilee and the TEN project Production Agreements. Anadarko’s interest was subsequently acquired at the international level by another oil company called Occidental. Occidental later decided to offload its operations in Africa and therefore took a decision to sell their interest in Jubilee and TEN previously acquired from Anadarko. GNPC was assigned 7% of the stake and we (state) had to pay for 7%. A company in an offshore jurisdiction was therefore incorporated, Ghana Offshore Holding Company, to hold the 7%.”

“The Petroleum Revenue Management Act stipulates that all petroleum revenues howsoever derived are to be first deposited into the Petroleum Holding Fund. There is a good reason for that, which is to enable us track the revenue flows and demand accountability in terms of how they are disbursed and utilized.
Contrary to this provision in the Petroleum Revenue Management Act, my information is that Ghana has lifted some oil in respect of that 7% and GNPC has deposited the proceeds from that transaction in an offshore account in the name of the Offshore account”, he explained.

Dr. Manteaw said this act by GNPC is illegal.

“My view is that, this is a departure or a complete contravention of the provisions of the petroleum revenue management acts and GNPC has no legal basis for keeping a portion of petroleum revenues outside the petroleum revenue management framework. We’ve had some discussions and GNPC has proffered some explanations but I remain to be convinced that, that action sits well within the legal framework“ he added.
Dr. Steve Manteaw moreover said the public can test the issue at the court to get GNPC to return the proceeds to the Petroleum Holding Funds.

“We (GHEITI) are doing further consultation and reviewing their (GNPC) explanations in the context of the law. If we think that we are still in disagreement with the position of GNPC, we will let GNPC know and if GNPC is still refusing to do the needful, then of course every citizen of this country has the right to go to court to seek a mandamus to comply GNPC to do what the law says it must do which is to bring it back into the Petroleum Holding Fund.“