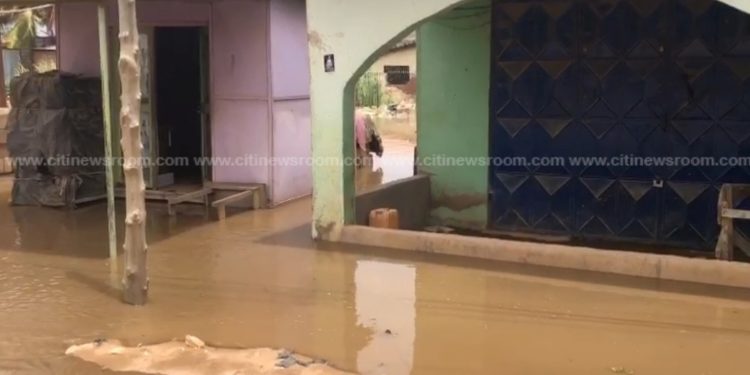 The Municipal Chief Executive for Weija Gbawe, Patrick Kumor is asking residents to brace themselves for the worse following the spillage of the Weija Dam.

Residents have been forced out of their homes by floodwaters which have taken over homes and streets.

In response, the assembly has created about three estuaries at the Bojo beach to facilitate the movement of the water into the sea.

“If we have three outlets, that should take large volumes of the water out of the community,” Mr. Kumor said to Citi News.

He indicated further that correspondence with Ghana Water Company Limited suggested more volumes are yet to be spilt.

“We are still having some heavy rain upstream, which is in the Eastern Region, so we need to brace ourselves for the worst.”

“So far, we have not recorded any casualty or loss of life. We thank God for that, and I believe we will keep on working so hard to save our people in the community,” Mr. Kumor added.

The National Disaster Management Organisation has been on the ground and says it has so far rescued in excess of 300 stranded victims, while at the same time working to expand the estuary to facilitate the flow of the water into the sea.

The organisation has been given support by the Marine Police and the 48th Engineers Regiment.