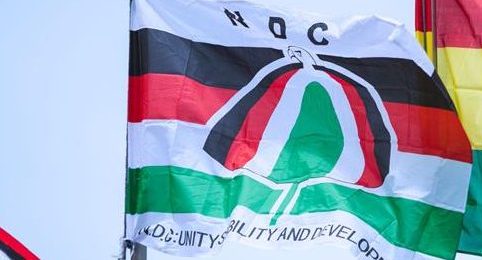 There is uncertainty over the holding of elections by the National Democratic Congress in the Suame Constituency, as some members are protesting the alleged omission of their names from the voters album.

This was after some angry members stormed the party’s office on Thursday and vandalised properties to protest the alleged removal of their names.

The aggrieved members are claiming their names have been removed and replaced with unknown ones as the party prepares to hold elections at the constituency level this weekend.

The names of members from 21 branches in the constituency are alleged to have been removed and replaced, and the affected party members are worried they could be disenfranchised in the upcoming elections.

The Youth Organizer for the Embassy Hotel Branch in the Suame Constituency, Yakubu Mohammed, said they will resist attempts to keep them from voting.

“When the album came out, we found out that only nine names were on the Album. The remaining 18 were out, including my name, and we don’t understand,” he said to Citi News.

Mr. Mohammed said they had complained to executives, but “the leaders were giving excuses.”

“We are waiting to see whether they will organise the election or not,” he added.

In response, the NDC in the Ashanti Region urged the aggrieved members to use formal channels to make their complaints.

“It will be proper that they come before us properly so that we can sit and study the issues and their concerns, Where there are merits, we will find ways to resolve them.”

GRA online auction of vehicles commences; check out the vehicles