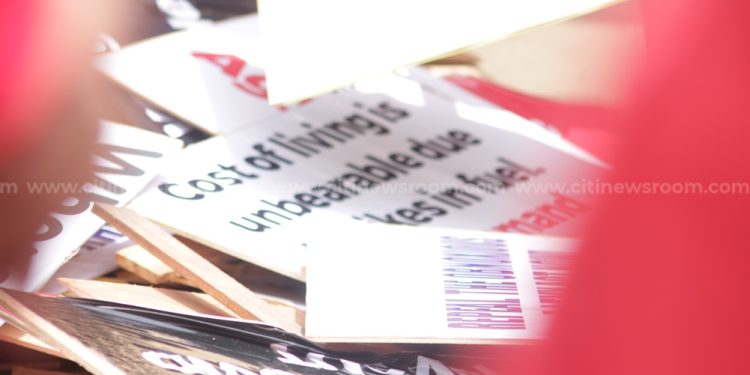 Organisers of the ‘Ku me preko’ demonstration have disclosed their readiness to hit the streets of Accra on Saturday, November 5, 2022.

The protest is to demand better conditions from the Akufo-Addo-led government and also call on the President to resign over what they described as bad governance.

Ghana’s economy has been saddled with hardships that have led the country to seek an International Monetary Fund (IMF) bailout.

Ahead of the demonstration, one of the organisers, Mr. Martin Kpebu, said the only way to get the country back on track is to have the President and his Vice, Dr. Mahamudu Bawumia, vacate their posts.

“The speech the President gave [last week] is basically President Akufo-Addo talking in 2016. The main thing that will get us out of trouble, is changing the structure of the economy, in such a way that we are no longer import-dependent. That we will do local production, was the mantra of President Akufo-Addo in 2016… He has over lived his welcome, he has to go,” he fumed.

Security Analyst and member of the organising team for the protest, Adib Saani implored participants to be law-abiding during the demonstration.

Minority calls for independent probe into allegations of mercenaries at Asutsuare

Minority calls for independent probe into allegations of mercenaries at Asutsuare