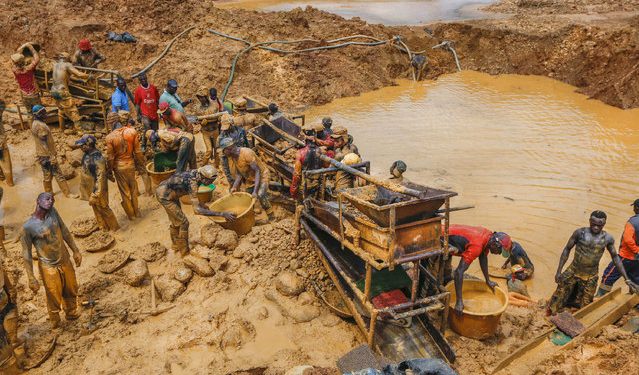 The Western Regional Coordinating Council has revealed that it has adopted an anti-galamsey policy to fight illegal mining in the region.

In the policy, Chief Executives of various Metropolitan, Municipal and District Assemblies will be made signatories to mining licenses given to miners in the region.

At a press conference in Accra on Wednesday, November 16, 2022, Western Regional Minister, Kwabena Okyere Darko-Mensah indicated that the move is to help the executives get involved in fighting the menace.

“When it comes to galamsey, we have a policy called the anti-galamsey policy that we are currently working on. Initially, we used to do swoops, but now we stopped. We are now doing arrests because that’s the only way we can stop people from mining in the water bodies and then in the forest”.

Illegal mining popularly known as galamsey has been a hard nut to crack, especially in the Western and Eastern regions, among others. Though galamsey affects many facets of life, one area in which its impact is being felt most is the pollution of rivers and water bodies. The rivers polluted exert significant pressure on individuals who depend on river bodies as sources of drinking water and livelihood.

As such, the council says such measures will help bring an end to it in the region. However, reacting to allegations that some district chief executives are involved in illegal mining, the Minister described them as false and assured of stringent measures taken against such recalcitrant authorities if caught.”