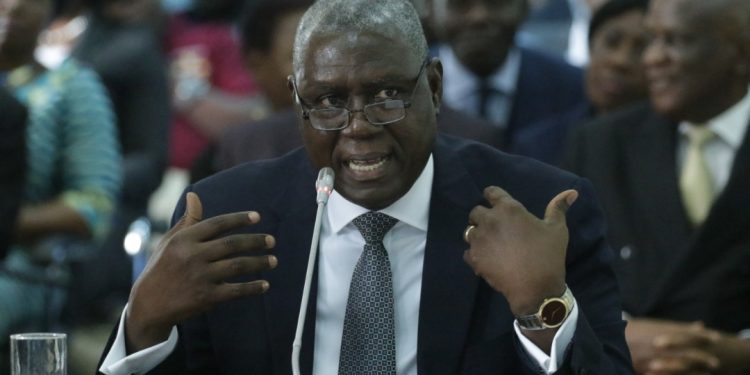 The Chief Justice of Ghana, Justice Kwasi Anin Yeboah has cautioned Chiefs in the country against settling cases of child abuse and domestic violence in their palaces.

Acts of child abuse and gender-based violence according to the Chief Justice are criminal and must be dealt with by the courts.

Speaking at the inauguration of the child-friendly and gender-based violence circuit court in Damongo in the Savannah region, Justice Anin Yeboah said it was criminal for Chiefs or anybody to settle such cases.

“Relegating such cases to tradition where the adjudicator is the head of the family or Chief is strongly discouraged. It is an offence to do so under the laws of Ghana.”

“The Laws frowns on that. Let us together instil discipline in our communities, and we have to change our attitudes towards perpetrators who commit these crimes,” the Chief Justice said.

He added that child-friendly courts being set up by the judiciary will prioritise cases of child abuse and gender-based violence cases.