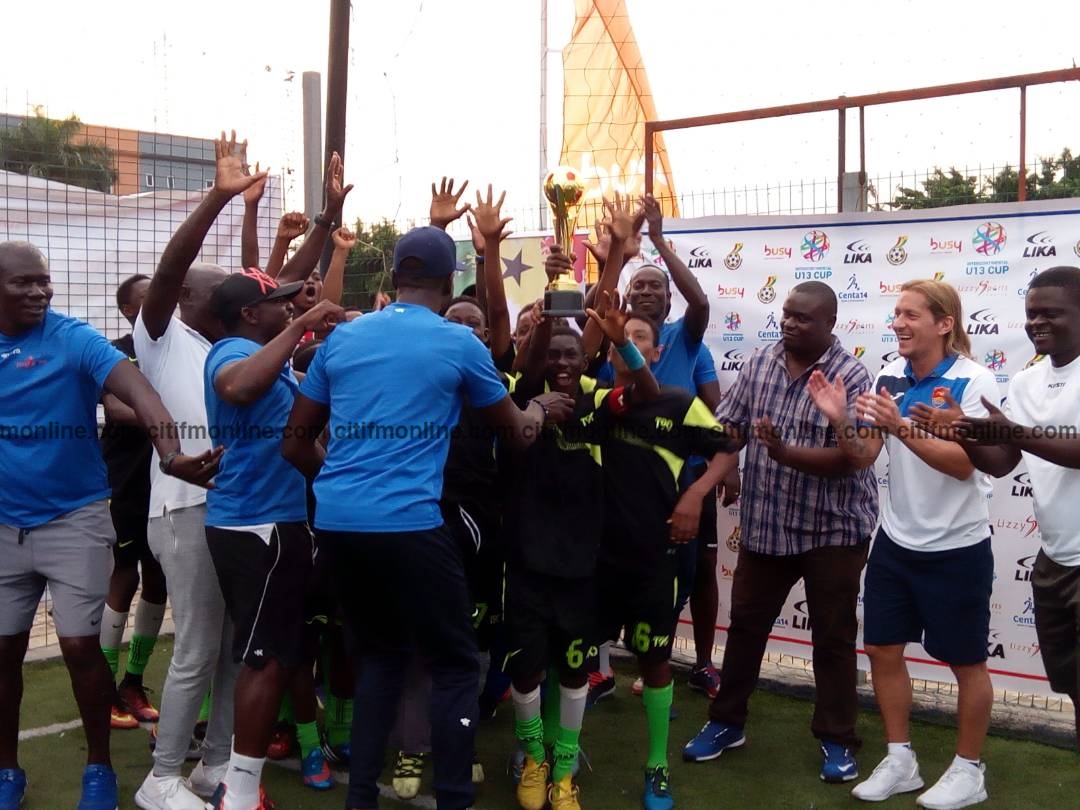 The Youth team is gunning for the games in Dubai, where the global sports lens will be focused on budding talents and the exuberant show of skill that will be exhibited at the games.

Founder, Marcel Desailly states, “it is fulfilling to witness the results of hard work with the talents that my Protégées have accumulated. The testament will be in their performance on and off the Field. At Lizzy Soccer Academy, we train our youngsters to be rounded sports individuals. They are taught to practice great sportsmanship constantly. No doubt, we are focused on winning the Cup but above all else, we want our players to enjoy themselves and establish camaraderie among the other teams during the games.”

Desailly’s Sports Complex was established as part of his commitment to the development of sports in Ghana.

The various soccer programmes offered at the Complex have resulted in the culmination of spectacular wins in back to back Football Tournaments and a foray of trophies as testament.

In December 2017 the Lizzy Sports Academy beat eight other local teams to emerge the winners of the Qualifiers, a successfully hosted tournament that was witnessed by Michel Salgado, Ex- Defender of Real Madrid FC, Patron and Founder of the Dubai Intercontinental Cup.

Centa 14 Sports and Entertainment Management Agency, which holds the Rights of the Tournament in Ghana confirms that the games are aimed, not only at supporting children to follow in the footsteps of their footballing heroes, but to expose Ghanaian youth to one of the world’s most competitive and globally encompassing games.

Sentiments from across the country are tipping the Lizzy Soccer Academy to win the title as Champions from the current Winners, Celta Vigo.