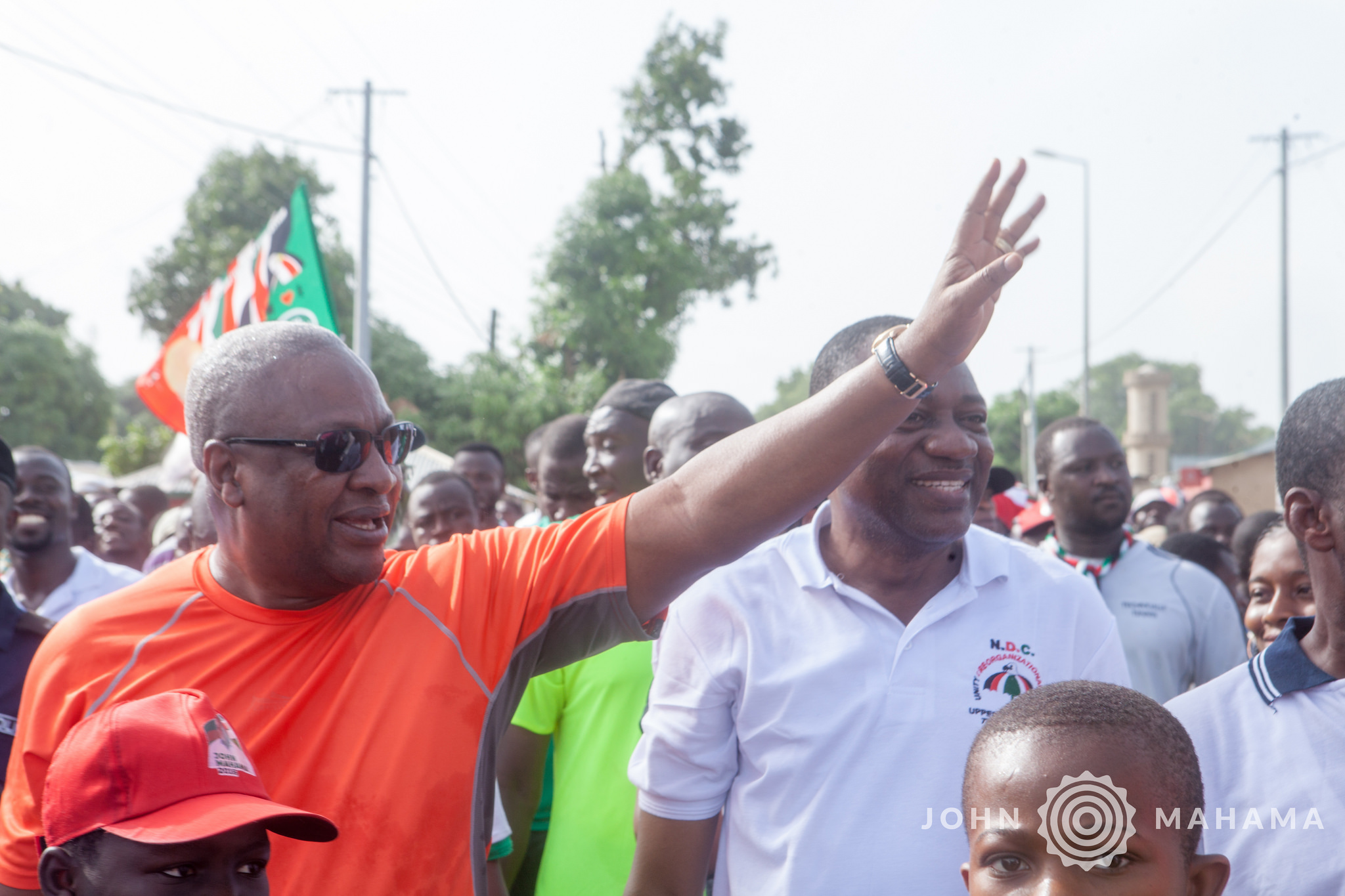 In added support of the embattled Deputy General Secretary of the National Democratic Congress, Koku Anyidoho, who had warned of a civil coup that will topple the Akufo-Addo administration, former President John Mahama has said Mr. Anyidoho’s comments were taken out context.

Mr. Mahama further said the NDC had no intention of cutting short the four years granted New Patriotic Party, which he described as “super incompetent.”

[contextly_sidebar id=”zQOkYEZWqlvl1eveifopUYjK8cWGHHtg”]Speakind during the NDC’s Unity Walk in the Upper West Region, he stressed that the NDC stood for democracy and was “more committed to the Fourth Republic than any other political party in this country.”

“We don’t support any truncation of our current democracy in any way. If somebody said something, he must have said it in some context, not that he or we had any intention to truncate the mandate that was given to the NPP. Indeed we must not help the NPP out by truncating their mandate. Let them go through the full embarrassment of their four years. If you push them out, they will say they were just on the verge of delivering their promises and were taken out,” Mr. Mahama said.

Mr. Anyidoho was detained for two days by the Criminal Investigations Department (CID) for making what were deemed to be treasonable comments during his criticism of the ratification of the controversial defence cooperation between Ghana and the US last month.

He was speaking on Accra-based Happy FM ahead of a demonstration against the Ghana-US deal.

At the time, Mr. Mahama chided the government for its high handed response to the comments and the manner in which Mr. Anyidoho was arrested.

But he did not firmly condemn the comments.

Mr. Anyidoho, in the interview, suggested that President Nana Akufo-Addo will be overthrown because of the ratification of the controversial defence cooperation agreement between Ghana and the US.

He said the overthrow will be in the form of a “civilian coup d’etat”.

“There will be a civilian coup d’état. There will be a social revolution. We [NDC] are starting it on Wednesday. The movement is starting on Wednesday. Nana Addo will have sleepless nights. He will suffer diarrhoea. He said he wanted to be President, but we will make sure he will be fed up on the seat.”

Ghanaian elected to the US National Grants Management Board