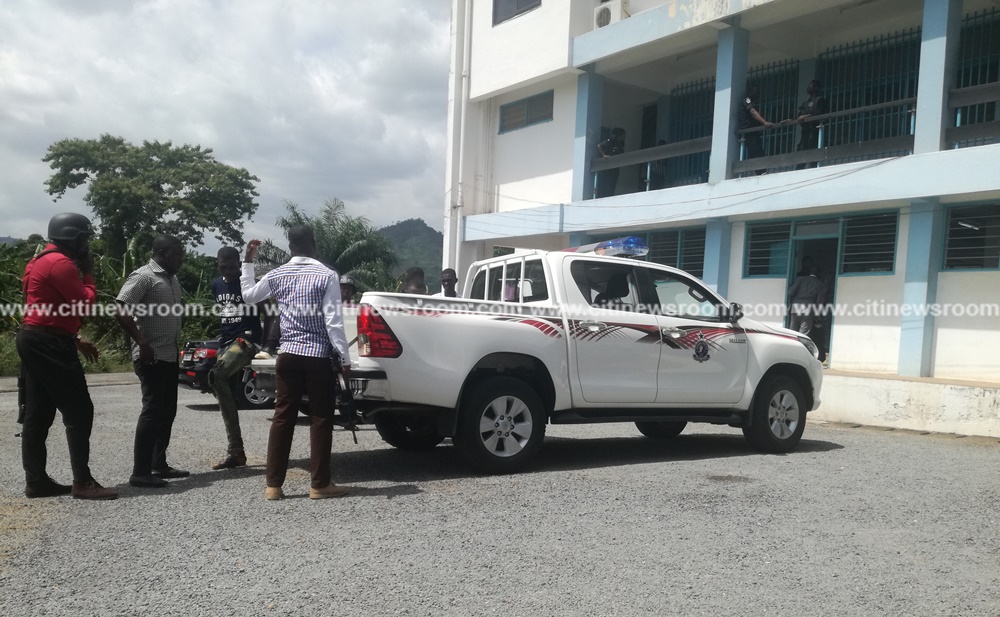 A Koforidua Circuit Court on Wednesday remanded into police custody two persons who are standing trial for their alleged involvement in a robbery at Okwenya Shell filling station in the Lower Manya Krobo Municipality of the Eastern Region a month ago.

The suspects, Corporal Seidu Yahaya Gasty, who is with the Akuse Police Division, and Seth Kponyo Dodzi, are to reappear in court on May 15, 2018.

[contextly_sidebar id=”RhHPGux9fCNAwwh47IguMEqXX56Ov97E”]The two on March 26th together with 5 other suspects currently on the run allegedly attacked two security guards on duty at the Shell filling station, and made away with GHc 37,851.000.

The two also subjected the victims to severe beatings and later inflicted machete and gun wounds on them living one of them to be hospitalized at the Akuse Government Hospital for several weeks.

The court presided over by her Ladyship Mercy Addai Kotei refused to grant the accused bail after the state attorney, Dickson Donkor, argued that the suspects will interfere with investigations if granted bail.

Dickson Donkor further revealed to the court that the life of one of the victims who was brutally assaulted and is a principal witness to the case is already under threat.

The two have been charged with three counts of Conspiracy to Commit Crime, Robbery and Attempting to Commit Murder.

The court has however directed the prosecution to take the third count of attempting to murder to a higher court of jurisdiction for it to be heard.