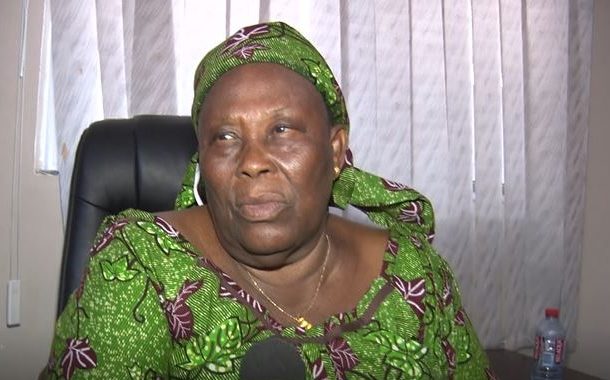 The governing New Patriotic Party (NPP) is pushing for an out-of-court settlement in the case involving its member, Hajia Fati and an Adom FM reporter, Ohemaa Sakyiwaa Ahwenepa.

[contextly_sidebar id=”uE7ALj3eJjtUexutUHNIYKJtTnUGimGz”]Hajia Fati made her first appearance in court this week after she assaulted the reporter at the NPP Headquarters weeks ago.

She was arraigned at the Adjabeng Magistrate Court on charges of assault and damaging property but pleaded not guilty.

The New Patriotic Party (NPP) which has been joined to the suit wants to settle the case out of court.

Speaking to Citi News, Lawyer for the NPP and Hajia Fati, Captain (Rtd) Nkrabeah Effah Darteh, said he is optimistic that they will reach a settlement agreement with the complainant.

“According to the alternative dispute regime, petty misdemeanors like petty assault among others can be resolved through discussions and compromises here and there. So I do not have a problem if this matter is resolved peacefully but I have no doubt that should the case come for trial my client will be acquitted and discharged because if you take cursory glance of the fact, you realize my friend had no intention of committing the offence so I do not have a problem” said Mr. Darteh.

A reporter from Adom FM was slapped by Hajia Fati, an NPP sympathiser when she tried to take a picture of an altercation that was going on between she(Hajia Fati) and a suspended official of the party Sammy Crabbe, who wanted to pick up a form at the  NPP National Headquarters.

OccupyGhana had earlier charged the Multimedia Group to commence civil proceedings against both Hajia Fati and the NPP over the issue.

OccupyGhana insisted that prosecution is critical in such matters because it feels “that these attacks persist because of the failure, neglect or refusal to prosecute offenders.”

In a statement, the pressure group urged Multimedia “to leave no stone unturned in ensuring that justice is done in this matter.”

The Executive Director for Media Foundation for West Africa (MFWA), Sulemana Braimah also condemned the attack, describing it as an unfortunate incident.

The President of the Ghana Journalists Association (GJA), Affail Monney, added his voice to the ublic outcry, condemning the attack, adding that the GJA was considering taking legal action against Hajia Fati.

The Multimedia Group, the parent company of Adom FM, has also filed a complaint at the Nima Police station and will go ahead with a civil suit against Hajia Fati over the attack.

Nyantakyi turns himself in to CID over fraud allegations

Nyantakyi turns himself in to CID over fraud allegations