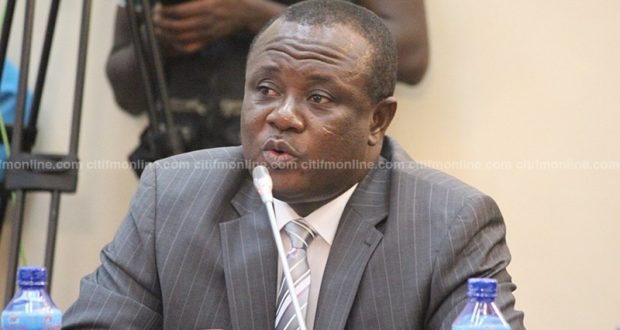 The First Deputy Speaker of Parliament, Joe Osei Owusu has charge Ghana Cocoa Board (COCOBOD) to remove all hold-ups affecting the provision of chemicals and other inputs to Cocoa farmers in the country.

According to the Bekwai MP, Parliament has been inundated with concerns from cocoa farmers that the inputs procured by government for their use fail to get to their farms.

[contextly_sidebar id=”II8GJARy9i5k9I2a7G669Uru413wfwR9″]Issuing a directive after MPs expressed their disappointment with the emerging trend, the First Deputy Speaker said there was no excuse for COCOBOD’s failure to deliver the chemicals to farmers.

“Looking at the figures that we approve here in the house, there should be no occasion where chemicals for spraying cocoa should not reach the farmers.”

“Whatever bottlenecks should be remove so that the farmers get the chemicals. We know they procure them and in between, there are bottlenecks,” Mr. Osei Owusu said.

In May, the Speaker of Parliament, Mike Oquaye, summoned the Food and Agriculture Minister, Owusu Afryie-Akoto, to appear before the House to present a report on a fake cocoa insecticide causing havoc in cocoa growing areas.

The directive followed a question from Juaboso MP, Kwabena Mintah Akandoh on what the Ministry is doing about the unapproved insecticides on the market.

The Deputy Minister of Agriculture, Kennedy Osei Nyarko represented the Minister and told the house that an investigation had already started into it.

He later said their investigation revealed there were no issues with fake insecticides.