Former President John Dramani Mahama’s recent crusade against the New Patriotic government is showing no signs of slowing down.

Following his recent tongue-in-cheek comments about the government re-commissioning projects he had initiated but had been described as “photoshopped” by the NPP while they were in opposition, Mr. Mahama has now taken to social media to have a go at the government on the depreciation of the cedi.

[contextly_sidebar id=”m7v4FUFKbaMeGTaSjqi3rbid2iJeEuKx”]Rather than explicitly criticizing the government however, the former President preferred to let his opponents do the talking, quite literally.

Tweeting the current cedi to dollar exchange rate, which he said currently stands at GHc4.7 to $1, in addition to “weak fundamentals”, Mr Mahama accompanied his words with a short video of Vice President Mahamudu Bawumia presumably expressing misgivings about the NDC’s handling of the local currency while they were in power.

“You can engage in all the propaganda you want but if the fundamentals are weak the exchange rate will expose you,” the former deputy Governor of the Bank of Ghana said at the time.

Dr. Bawumia was the most vociferous critic of the NDC government, taking them on for mismanaging the economy and failing to arrest the fall of the cedi.

“The NDC government does not understand what is happening to this economy. They are clueless,” he said a mini rally ahead of the polls.

“Trying to solve the cedi’s depreciation by focusing on de- dollarization really is attacking the effects of the problem and not its causes and it’s really an exercise in futility. 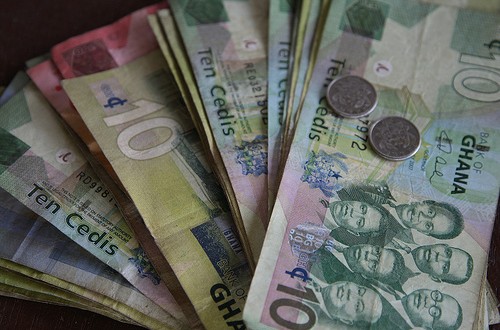 “Why is dollarization suddenly rearing its head at an unprecedented rate today. It only rears its head when economic fundamentals are weak and its not the cause of poor economic performance,” Dr Bawumia said in 2016.

The central bank has already assured that the changes in the exchange rate are temporary, and the cedi will soon see some stability.

But speaking to Citi Business News, Head of Economics Department at the University of Ghana, Prof. Peter Quartey, said the recent depreciation of the cedi relative to the U.S dollar could be due to speculative activities.

“When there is speculation in the news, false information, or expectation, that can also affect the exchange rate. So in my view, what is happening to some extent is purely due to speculation,” he said.