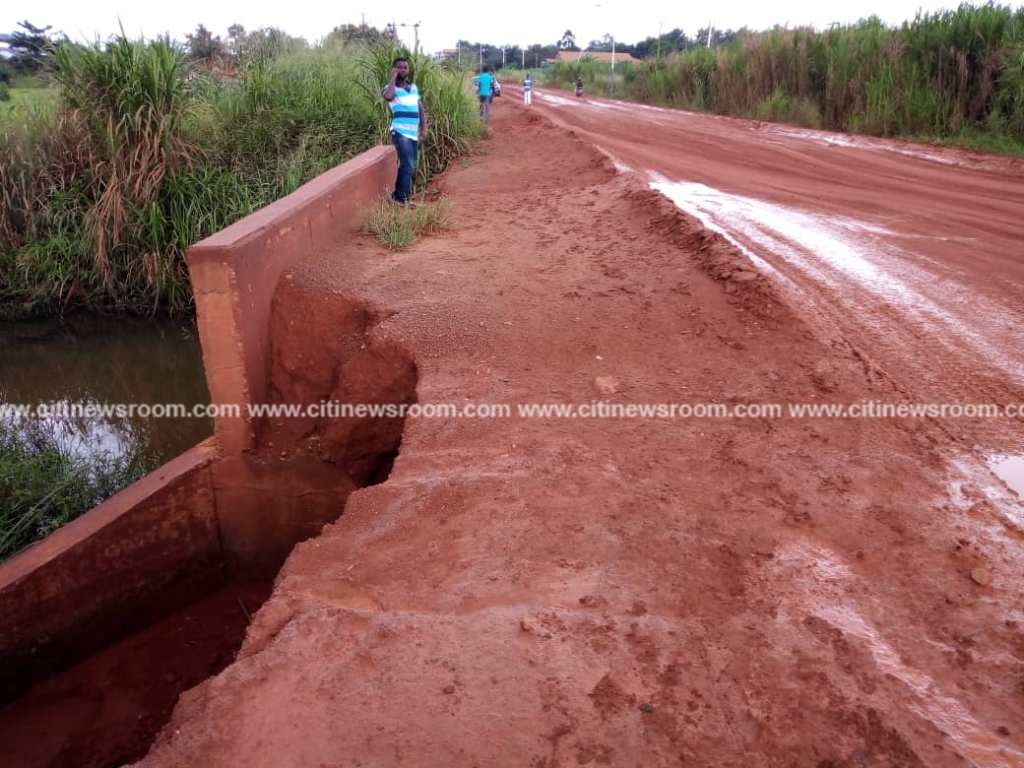 Residents of Kenyasi No.1 and no.2 in the Asutifi North District of the Brong Ahafo Region, are threatening to block all major roads linking the towns to demonstrate their anger over the continuous neglect of the area by government.

[contextly_sidebar id=”UtfEwsaNRKVKvXLxJneDGsxz1j5vOhXW”]They have therefore made a passionate appeal to the government to immediately expedite action on the construction of the Kenyasi-Hwidiem road, and also provide other basic social infrastructure.

“Our roads are terrible and we are therefore calling on the government to immediately fix the road or we embark on an indefinite strike. Our cars are completely broken down and it takes us huge amount to fix them, yet we cannot even break even”, according to the Chairman of the Concerned Kenyasi-Hwidiem Drivers Association, Mr. Nana Agyeman. 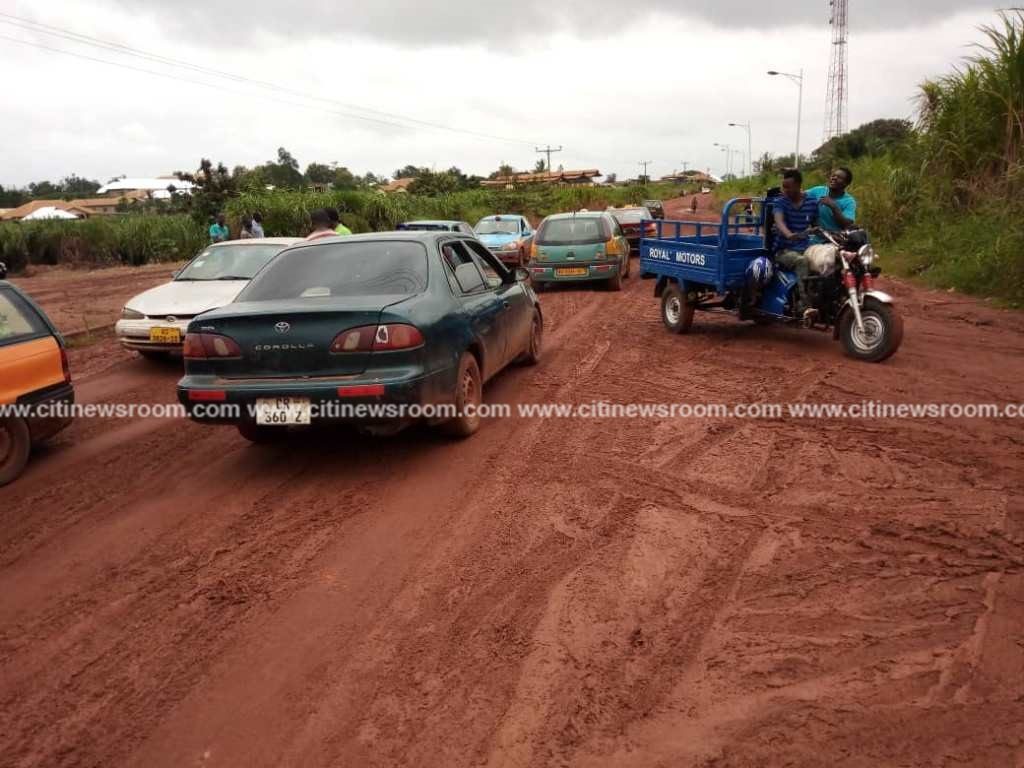 He further called on government to investigate the contract and contractor working on the road since it has been in a very deplorable state for the past decade and nothing has been done to fix it.

The bad nature of roads in the area has compelled commercial vehicles to abandon certain routes thereby impacting negatively on the local economy as farmers and traders are left stranded and food crops left to rot on farms.

Market women and inhabitants of satellite communities are the hardest hit by this situation since vehicles conveying their goods are not prepared to go to the farms due to the deplorable nature of the roads.

The Asutifi North District is endowed with Cocoa, Timber, Cassava, and Plantain among other crops, which can potentially propel the area’s development, but the poor roads is a disincentive to development partners.

Nana Agyeman explained to Citi News that the road had deteriorated from bad to worse with the onset of the rainy season.

“The situation exposes us to danger and anything can happen. The roads are slippery and the bridges and culverts are weak making it a disaster in waiting”, he lamented.

He maintained that their economic conditions would worsen if the roads are left unattended to, and thus appealed to the government and the Member of Parliament to liaise with the District Assembly to come their aid.

The District Chief Executive for the area, Anthony Mensah, in an interview assured residents of government’s resolve to promote their welfare, and appealed to them to remain calm as measures are put in place to fix the roads among other interventions. 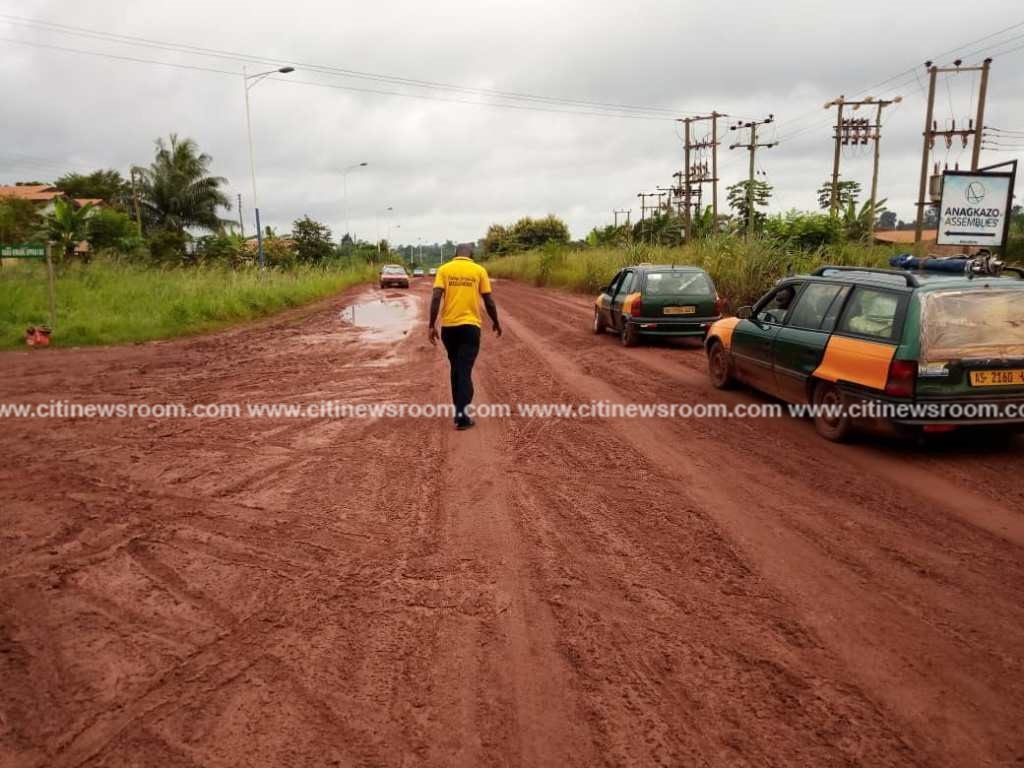 He said project was above the assembly’s capacity, although they are in touch with the Ministry of Roads and Highways, the Member of Parliament and the Department of Highways for the necessary steps and repackaging to enable work on that road to commence.

He added that due the importance of roads for development in the area, the Assembly has since the beginning of year embarked on upgrading, graveling and reshaping of major feeder roads in the district.

“The assembly since January 2018 has invested resources to upgrade and reshape roads in Kenyasi Township, 12.6km Kenyasi-Goamu, Nsuta-Gambia No.1-Adjeikrom, Ntotroso-Enso Nyame roads to facilitate transportation in the district”, he added.

He called on donors and philanthropists to come to the aid of the district.

Paramount chiefs of Kenyasi No.1, Omanhene Nana Osei Abiri and Kenyasi No. 2, Odeneho Dadeeako Kwabena Nsiah Ababio, in solidarity with residents reminded President Nana Akufo Addo of their appeal to regarding their roads on his recent tour of the area earlier this year.