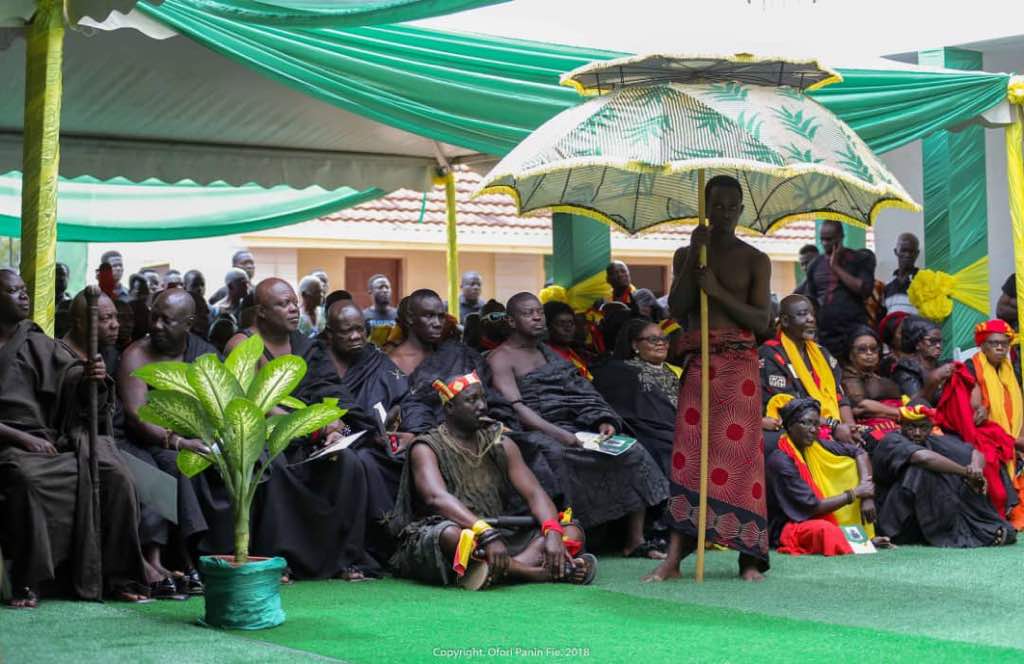 Chiefs, Queen mothers, Elders and people of Okyeman both home and abroad have launched the 75th Anniversary celebration of the late King of Akyem Abuakwa, Nana Sir Ofori Atta I.

The event which took place at Ofori Panin fie, under the auspices of Osagyefo Amoatia Ofori Panin was highly attended by all divisional chief’s and queen mother’s within the Abuakwa Traditional Area.

Speaking at the launch the 75th Anniversary celebration scheduled for later in August, Okyeman Kanea, Professor Robert Addo-Fening, a celebrated scholar, recalled some of the achievement and contribution of Amantiremienu Nana Ofori Atta. 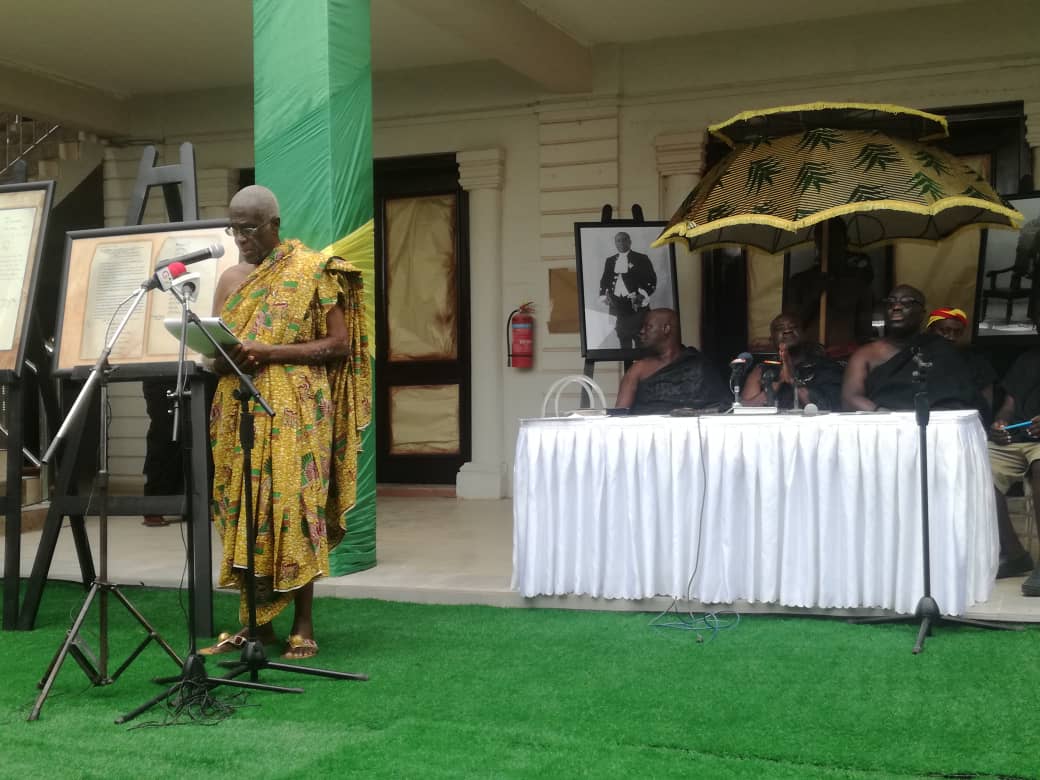 “Amantiremanmienu which literally means ‘he who bestrode two worlds’. Nana Ofori Atta was Omanhene of Akyem Abuakwa from 1912 to 1943 was also the longest serving African on the Legislative Assembly (then the de facto Parliament) of the Gold Coast”.

“The first traditional ruler to establish a Stool Treasury from which he funded and founded the Abuakwa Scholars Fund, the establishment of the first Government, Trade School as well the Abuakwa State College popular called ABUSCO”.

Okyeman Kanea also revealed how the efforts of late traditional leader contributed to the successes at the first world war when he bought a plane to help the soldiers also described him as a unifier.

“Nana Sir Ofori Atta also initiated and intervened on matters on Stool Lands, established a modern model farm, advocated for mineral and cocoa rights and prices for farmers and people in the Gold Coast era. Being the first western educated Omanhene, he established the first archives for Okyeman”.

According to the family, the 75th Anniversary of his death in 1943, seeks to remember, reflect and reclaim this Gold Coast Man, who was the first traditional ruler in 1927 to be awarded a knighthood by King George V and have set up a whole week of activities to celebrate the passing of a man they refer to as a legend. 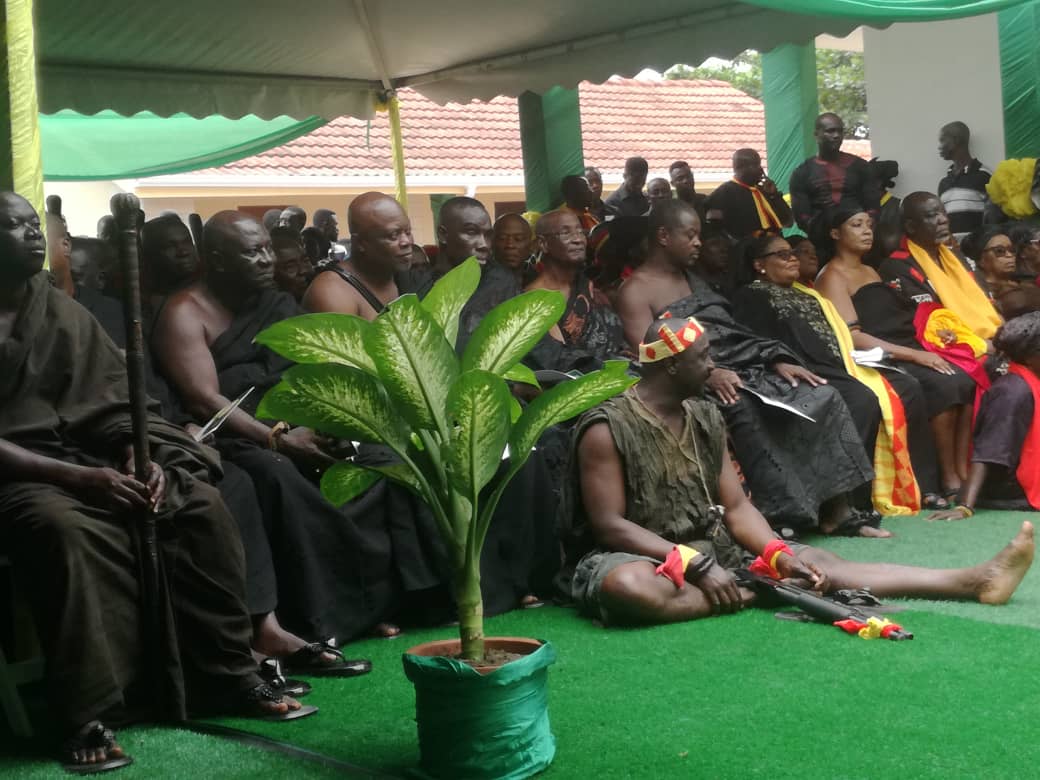 Okyenhemaa Nana Adutwumwaa Dokua is also expected to host a Women’s Meeting at Ofori Panin fie on August 22nd where there will be an unveiling of an Exhibition by Osagyefo Amoatia Ofori Panin and a premier of Amantiremienu Nana Ofori Atta Okyehene Documentary.

On Thursday August 23rd His Royal Majesty Otumfuor Osei Tutu II, Asantehene will be the Guest of Honour at a grand durbar at the forecourt of Ofori Panin fie in Kyebi.

Chief Justice, Her Ladyship Sophia Akuffo on August 24 will commission a High Court Complex to be dedicated and donated in honour of Amantiremienu, Nana Ofori Atta Okyehene. After a host of gospel musicians will take stage to perform at a mega Susu Biribi Gospel Rock Show later in the evening.

There will be a guided tour of exhibition at Ofori Panin fie on Saturday August 25th, a soccer tournament and a Susu Biribi Highlife and Hiplife Concert at the forecourt of Ofori Panin fie, followed by a Thanksgiving and Intercessory Service at the Ebenezer Presbyterian Church at Obroni Krom in Kyebi on Sunday August 26th with all expected to be in the special 75th anniversary cloth unveiled at the launch.