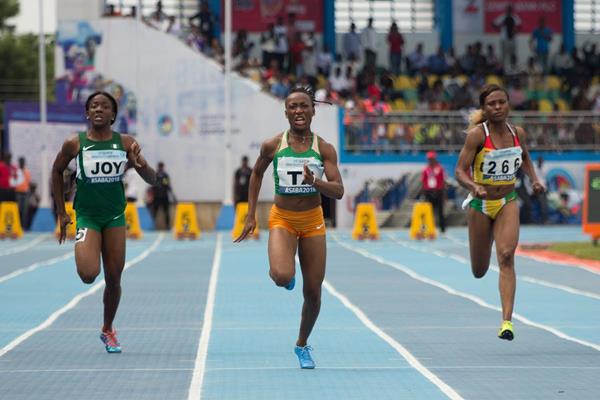 Dominating victories by Hellen Obiri in the 5000m and Marie Josée Ta Lou in the 100m along with a spirited battle between South African long jumpers Ruswahl Samaai and Luvo Manyonga highlighted the second day of action at the 21st African Athletics Championships in Asaba, Nigeria, on Thursday (2).

Even after a cautiously sluggish pace in the early going, the pack in the women’s 5000m was reduced to six by the race’s midway point, predictably made up of a trio of Ethiopians and a trio of Kenyans, and mostly led by Obiri who exuded a confidence and power the other runners probably wished was infectious. When she made her break with about three-and-a-half laps to go, it was clear that at least that power wasn’t.

Pounding the track alone through the late afternoon sun, the reigning world champion quickly jumped to a 20-metre lead, extending it steadily as she made her way for home. Indeed, nobody was willing or capable of mounting a challenge.

“It was very hot but I know I prepared well,” Obiri said. “In championship races you use your common sense on when you should go. I was feeling good so decided that was the best time.”

Obiri clocked 15:47.18 to win by more than ten seconds and secure her spot on the African squad for the IAAF Continental Cup Ostrava 2018, where the distance she’ll race will be the 3000m.

“It will be a hard race so I plan to prepare more over the next few weeks,” she said.

Behind her, Ethiopians filed through single file to take spots two through four. Senbere Teferi Sora took silver in 15:56.48, ahead of Meskerem Mamo who clocked 15:57.38 for bronze. Hawi Feysa was next in 15:59.23, more than five seconds clear of Kenyan Lilian Kasait.

Ta Lou, the world leader at 10.85 and a heavy favourite here, lived up to that role admirably, putting on a brutal display of dominance as she blitzed down a bright blue lane of Stephen Keshi Memorial Stadium’s two-color track, stopping the clock in 11.15 to collect her eighth victory over the distance in as many outings this season.

The only rival this time around was the 2.3 metre-per-second wind she was running against. Even an eagerly awaited head-to-head with Blessing Okagbare didn’t materialise after the Nigerian was a no-show in yesterday’s opening round.

Well back in her wake, Janet Amponsah of Ghana took silver in 11.54, with Joy Udo-Gabriel taking bronze for Nigeria in 11.58.

South Africa had a strong day, taking victories in the men’s 100m, discus and long jump but it was the latter that provided the highest level drama.

Ruswahl Samaai arrived in Abasa without an international victory to his name this season but the 2017 world bronze medallist will leave having produced one of the year’s finest long jump performances to retain his continental title. The 26-year-old took command from the start, forcing teammate Luvo Manyonga into playing catch-up. It was a game they’d play through to the bitter end.

Opening with 8.05m, Samaai improved to 8.27m in the second round, with Manyonga hitting 8.20m. Both improved in the third, Samaai to 8.31m and Manyonga to 8.25m. In round four, Samaai nailed a season’s best of 8.45m, prompting Manyonga to sail nearly as far, breaking the sand at 8.43m. They were nearly identical in round five with Samaai jumping 8.44m to Manyonga’s 8.42m. The world champion fought on, reaching 8.36m on his last attempt before finally conceding defeat.

“I’m not surprised, I’ve been working for this,” said a beaming Samaai, whose winning leap was the second farthest of his career. “A season’s best to come at the championships, I couldn’t have asked for anything else.”

Manyonga was forced to settle for his second successive silver at these championships. Yahya Berabah of Morocco took the bronze with 8.14m.

ANOTHER TITLE FOR SIMBINE

Back on the track, Akani Simbine won his second major title of the year, adding African Championships 100m gold to the Commonwealth title he claimed in April. In a much closer contest than the women’s, Simbine’s victory wasn’t clear until the final 15 metres as he held off surges by Arthur Gue Cissé of Ivory Coast and teammate Simon Magakwe, clocking 10.25.

“To me it’s like mission accomplished,” Simbine said. “I started the year wanting to win the African title and the Commonwealth title.” His victory earned him an option to win a third at next month’s Continental Cup.

Cissé clocked 10.33 for second and Magakwe 10.35 for third edging Ben Youssef Meite of Ivory Coast by .01 to secure a 1-3 finish for South Africa.

But South Africa did manage gold and silver in the discus, with Victor Hogan taking the victory with a 60.06m effort. Werner Visser was second with a 58.22m best.

NIGERIAN GOLD FOR AMUSAN AND ENEKWECHI

Host Nigeria had a good day as well, collecting two victories, one on the men’s side and one on the women’s.

Tobi Amusan captured the first victory of the day with a convincing win in the 100m hurdles. Well clear of the field by the seventh barrier, the 21-year-old clocked 12.86 (-1.4) to add to her continental U20 victory from 2015. Rikenette Steenkamp of South Africa was second in 13.18, while Rosvitha Okou of Ivory Coast, further back in 13.39, took the bronze.

In the men’s shot put, Chukwuebuka Enekwechi, the Commonwealth silver medallist, entered the ring in the fifth round with a best of just 19.49m from the opening round. Then, the 25-year-old released a 21.08m blast to highjack the competition and secure the host country’s second gold of the day. He closed with a 20.38m effort.

All three of those throws were better than the best of the runner-up, Mohamed Khalifa of Egypt, who was a distant second at 19.33m. South African Kyle Blignaut, who took world U20 gold in Tampere, Finland, last month, reached 19.05m to take the bronze.

The first field event title of the championships went to Zakour Soukaina of Morocco, who won the women’s hammer by more than a metre with 68.28m. Nigerian Ogunrinde Temilolo took silver with 67.39m and Jennifer Batu Bawsikita of Congo the bronze with 66.43m.

Dora Mahfoudhi won the pole vault with 4.10m, the first medal at these championships for Tunisia.

Elsewhere, the semi-finals of the men’s 800m provided some exciting races with pre-meet favourites Emmanuel Korir and Nijel Amos drawn in the same heat and the Kenyan prevailing in 1:46.92.

After advancing to the final of tomorrow’s 400m final, world and Olympic 800m champion Caster Semenya confirmed she’ll only be chasing the 400/800m double here, and not tripling back with a stab at the 1500m title as has been widely reported. A leg in the 4x400m relay may also be on her agenda. 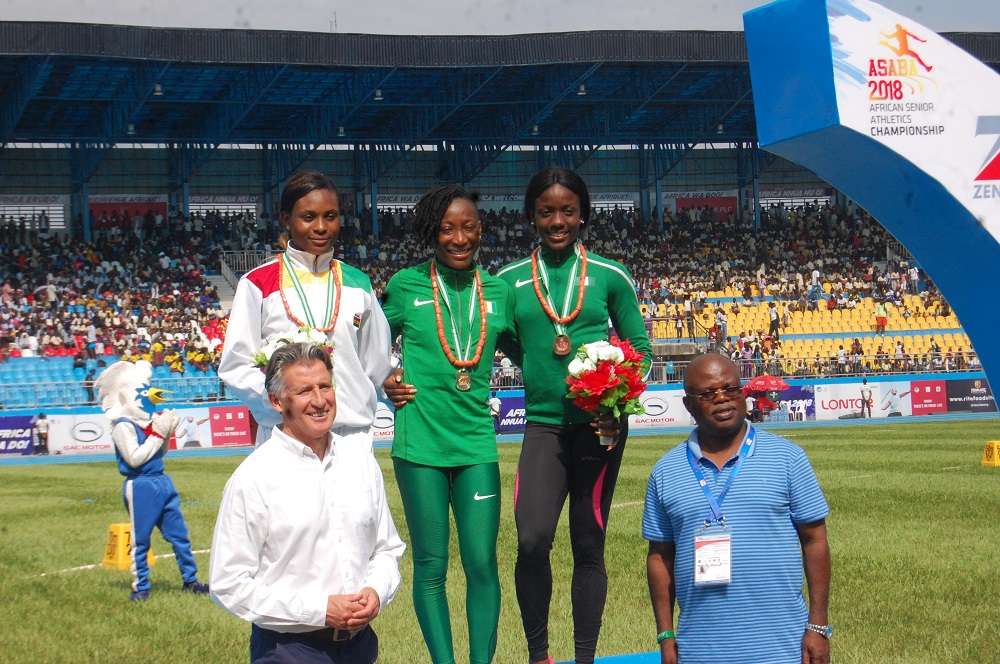 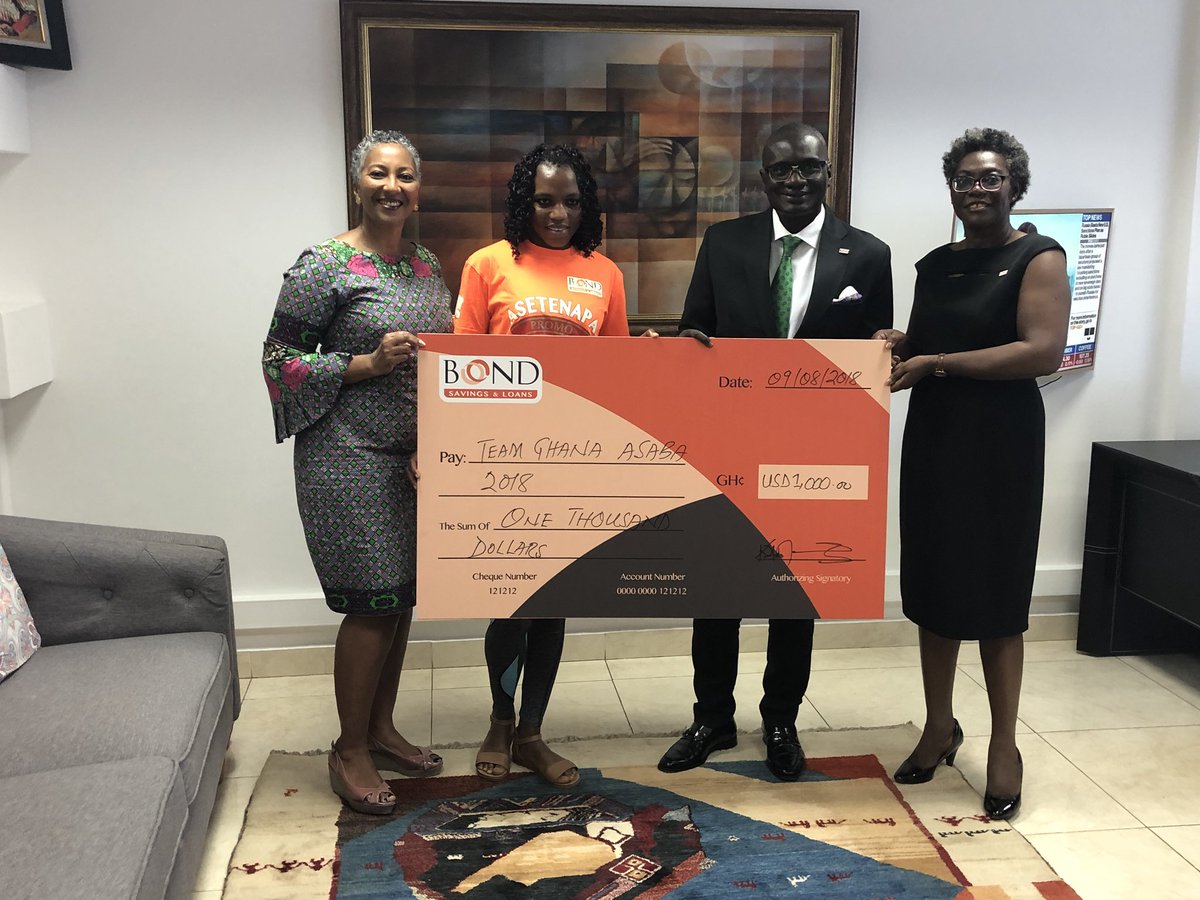 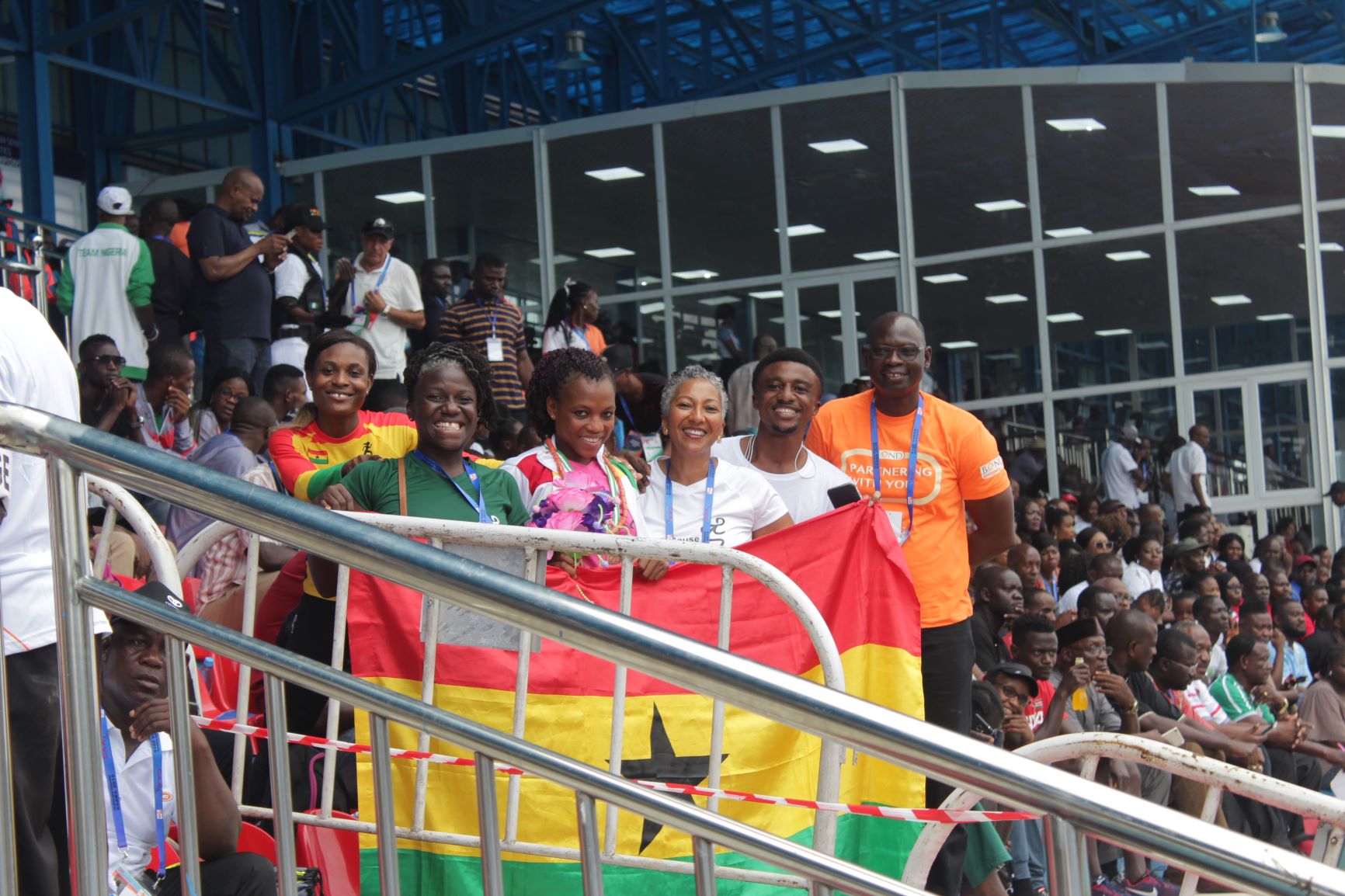 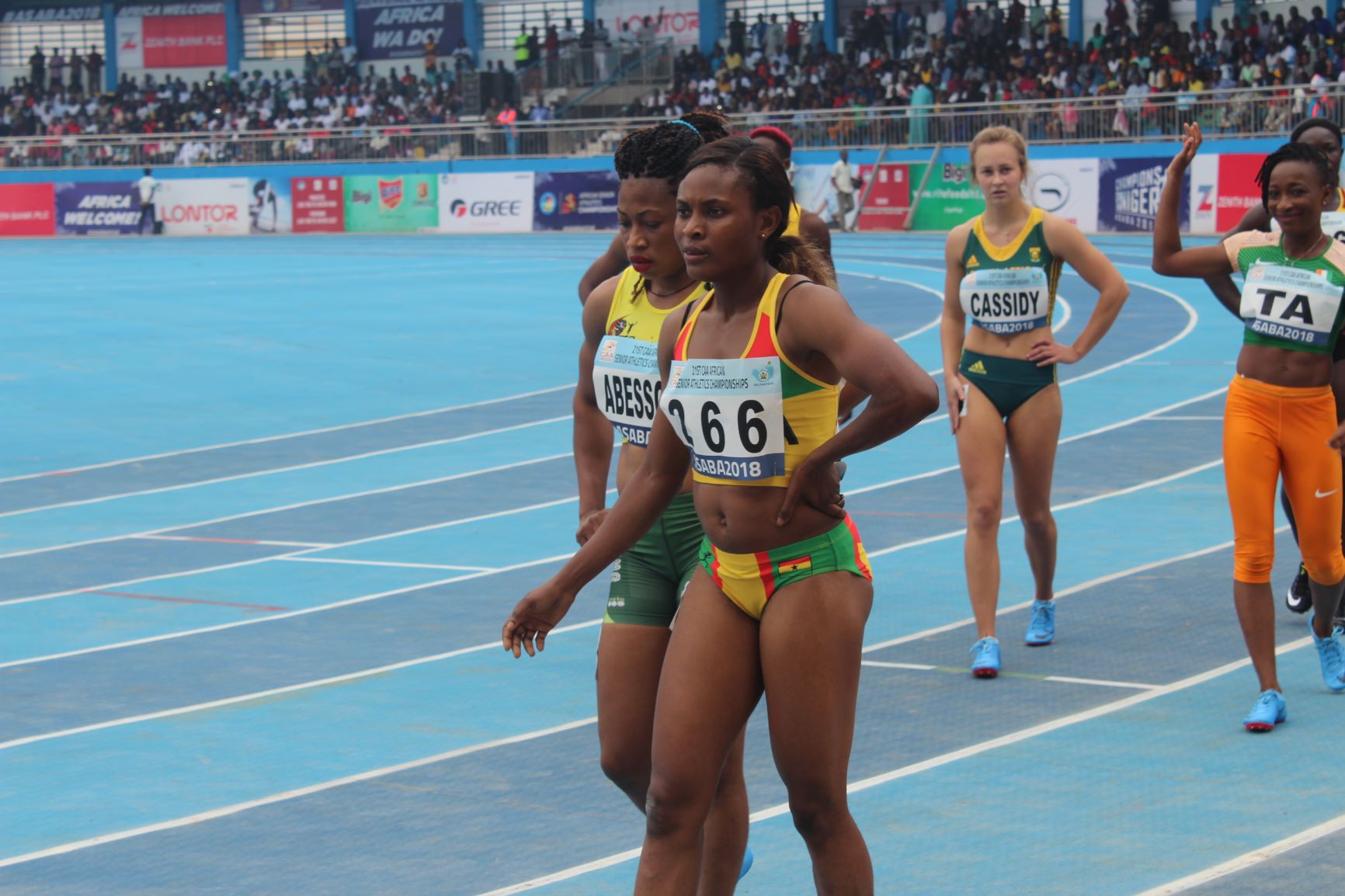 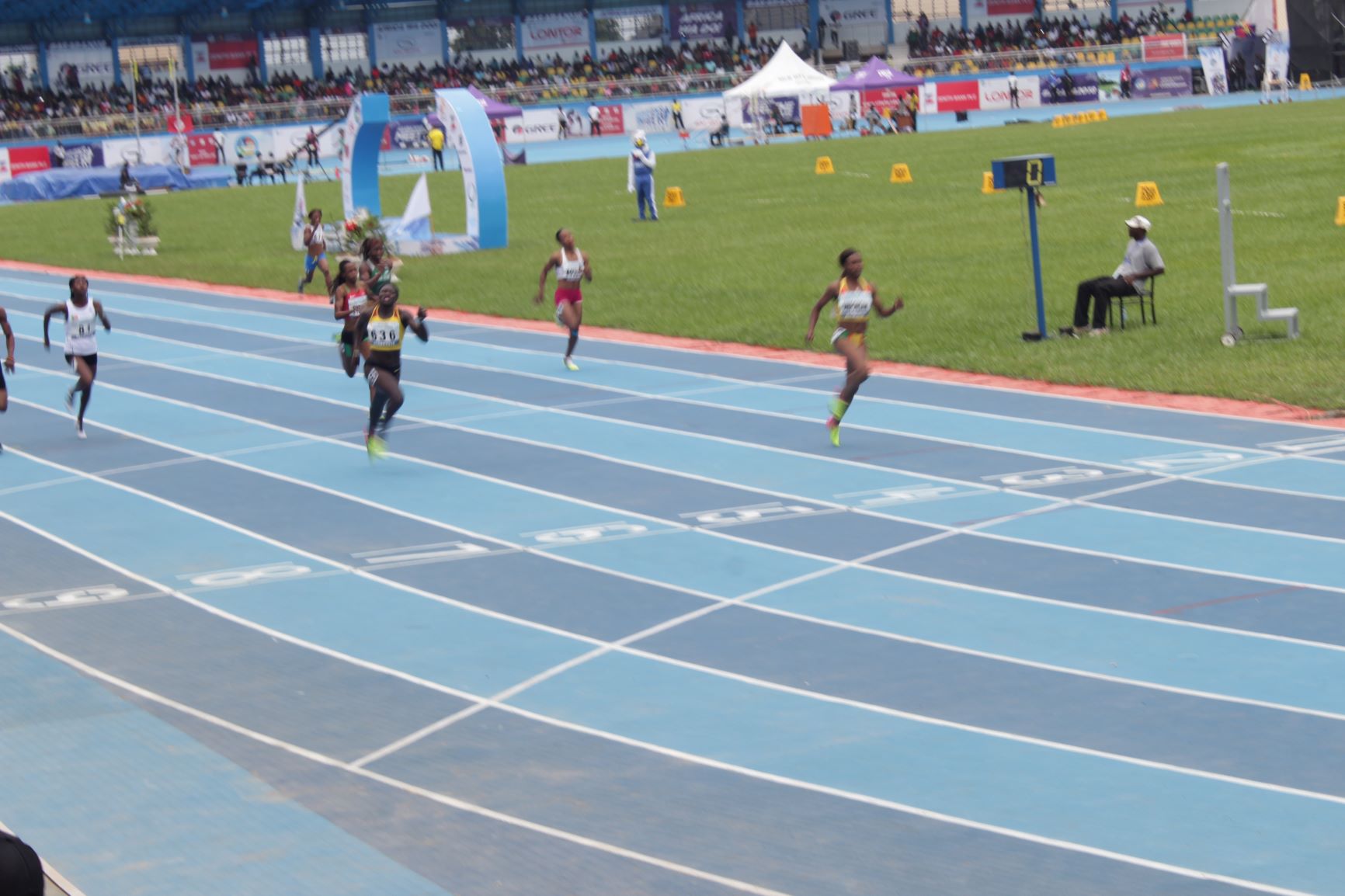