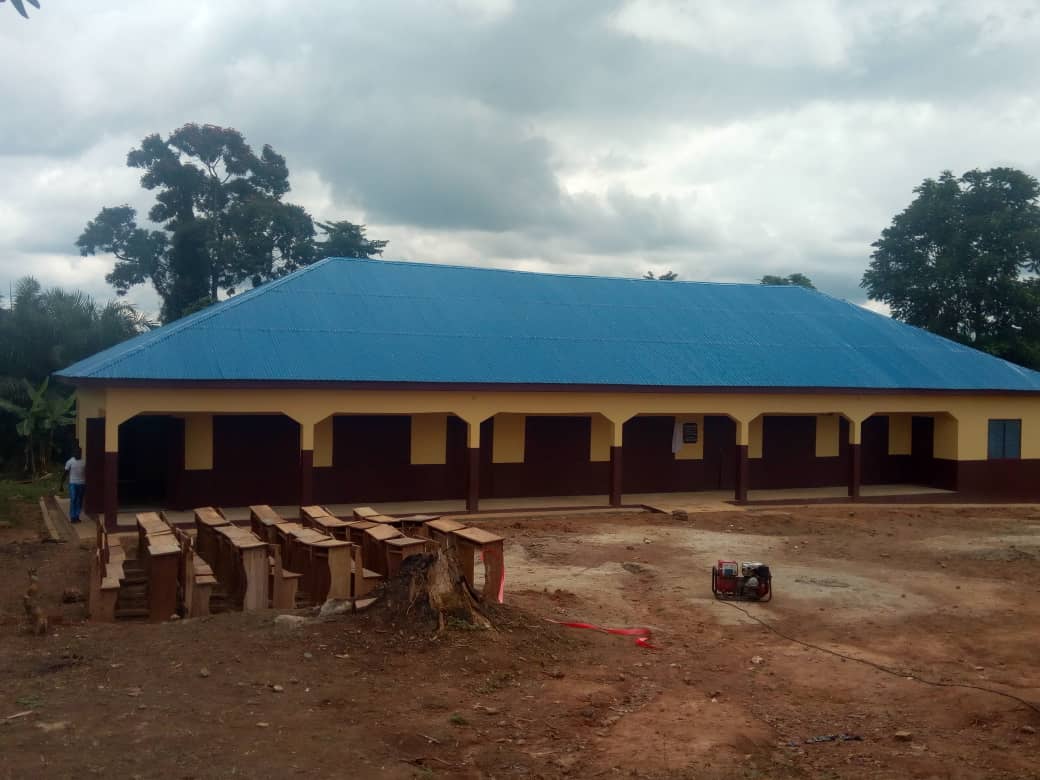 The International Cocoa Initiative (ICI), has inaugurated a school block for the pupils of Afresene Camp, a cocoa growing community in the Ahafo Ano South-West District of the Ashanti Region.

The facility, which comprises three classrooms, an office, storeroom and a washroom, has been named Robert Zehnder Learning Center.

The Afresene Camp D/A primary which is the only school in the community has a student population of 63. 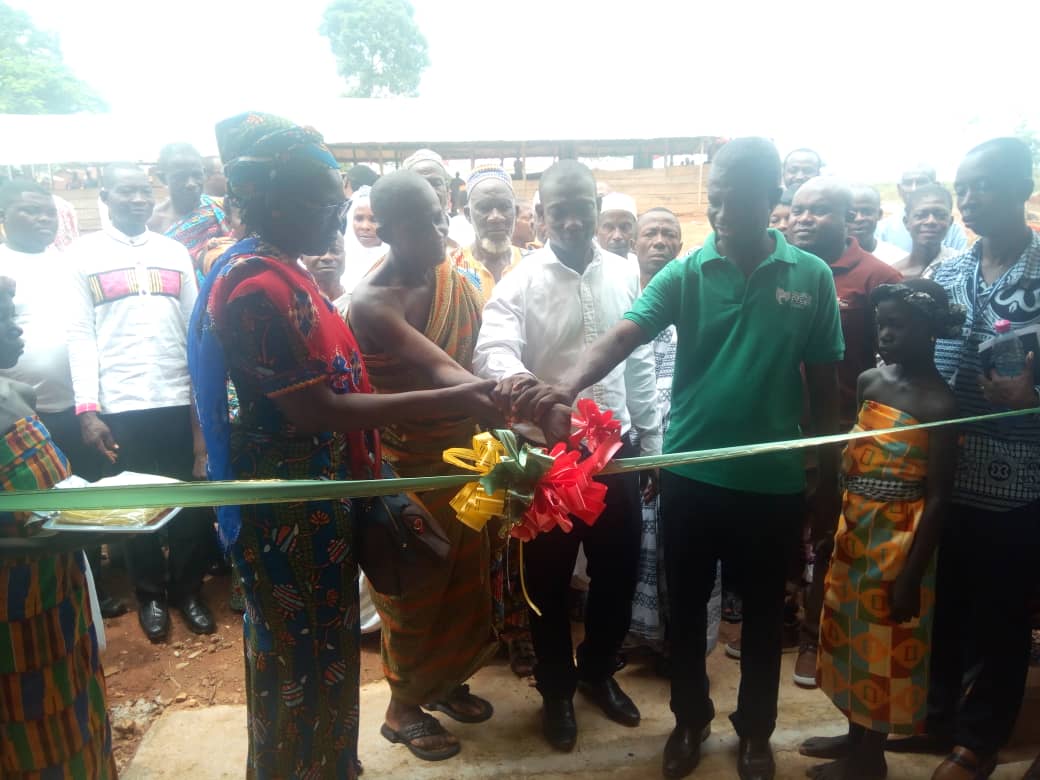 The community until 2015 did not have a school at all. Children from the community had to walk long distances to neighboring areas like Mankranso and Afresene to access education.

This led to the late enrollment of some children because one had to be fit enough to be able to make the six-kilometer walk to school every day.

The situation compelled the Head teacher of the school, Nyemasem Wilson to put up a makeshift wooden structure with the help of the community to accommodate the pupils.

He said the intervention by the ICI to put up the facility will increase enrollment in the school.

Country Director for the International Cocoa Initiative (ICI), Mike Arthur, explained that the establishment of the Robert Zehnder Learning Center was a fulfillment of a request by the Afresene Camp community after his outfit carried out an Action Plan with the community members.

According to him, the provision of educational facilities in cocoa growing areas was part of ICI’s commitment to protect one million children within cocoa growing communities in Ghana and Cote d’Ivoire against child labour by 2020.

He said the facility will impact on the community as children who will be used as labourers on cocoa farms by their parents will be enrolled in school.

“In community development, we work with the communities to form what is called the Community Child Protection Committee. We also work with the school’s management committees to strengthen the governors of schools. We also form community service group, these are labourers that can be hired at reduced rates, so that it makes it affordable for the poor farmer to engage alternative labour so that the children are not used on the farms, but will be in school”, Mr. Arthur explained.

He indicated that ICI as an organisation which works with the cocoa industry, civil societies, farmer organisations, international organisations and national governments in cocoa-producing countries, is committed to ensuring a better future for children and to advance the elimination of child labour. 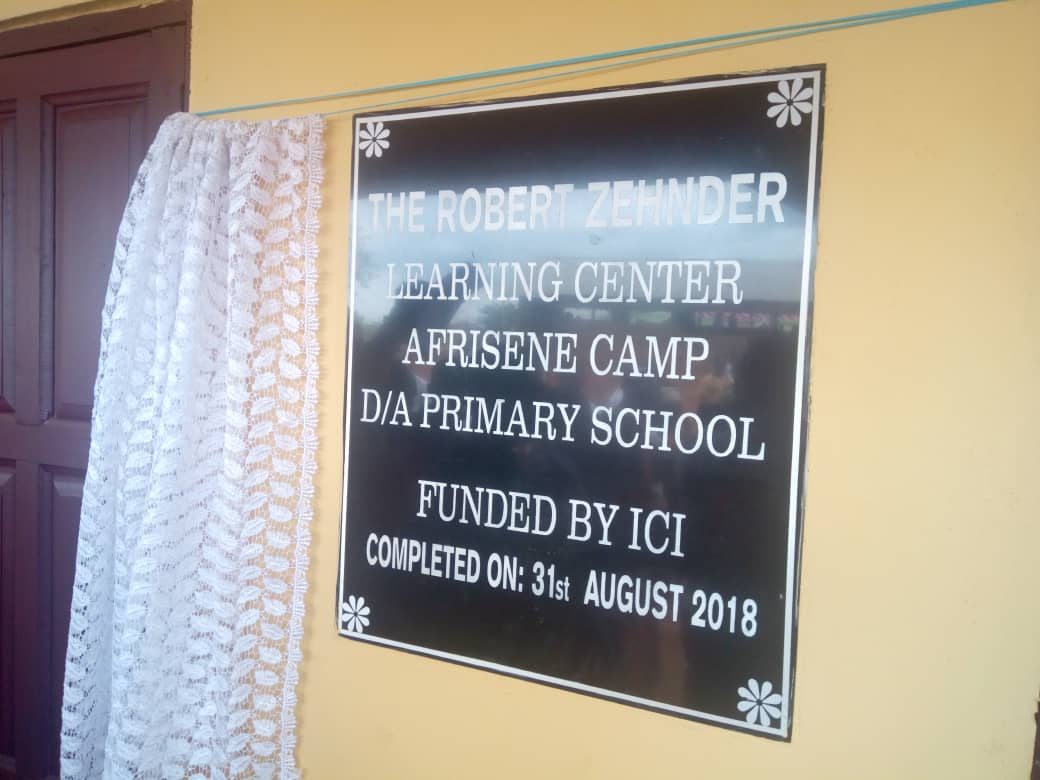 He called on parents to prioritize the education of their wards.

Cocoa Plan Manager at Nestle Ghana, Fred Kukubour, said his outfit will continue to partner the ICI to develop cocoa growing communities in the country.

He disclosed that Nestle will carry out a need assessment in the Afresene Camp Community and provide it will a borehole under its Water and Sanitation Project if necessary.

Chief Executive for the Ahafo Ano South-West District, Patrick Adusei, warned community members not to use the facility for religious activities and other social gatherings.