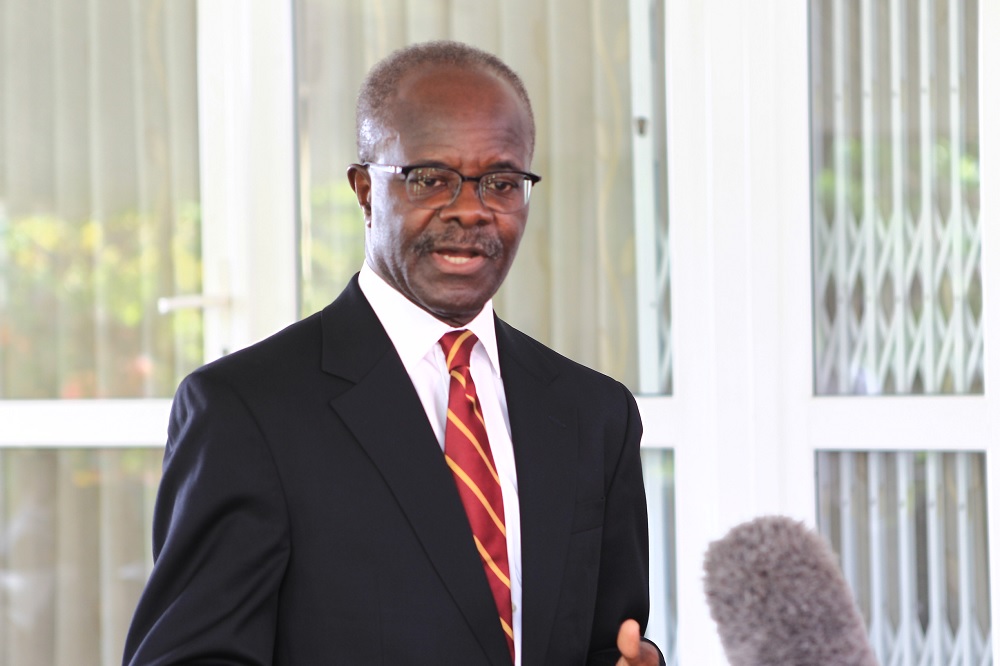 The President and Chairman of Groupe Nduom (GN), Dr. Papa Kwesi Nduom, has admonished Ghanaians to be circumspect in their condemnation of Ghanaian financial institutions.

[contextly_sidebar id=”gHMMZBdANQKEPMtBi0IzO0t8s1iPmgOg”]“With regards to the financial industry, we must be careful not to capsize the ship. We must gently but urgently put it on the right course and make change happen. The sooner the better. We can do this,” Dr. Nduom gave the caution in a post on his Facebook wall.

And though he agreed that those alleged to have been involved in criminal activities should be made to face the full rigors of the law, he bemoaned what he described as the “overwhelming attack” on all indigenous financial institutions.

Dr. Nduom, who was worried over the situation, indicated that all professionals and industries in the country were littered with their own problems.

“All professions and industries in Ghana have problems and many are under stress. This includes legal, media, health, education, pharmacy, public sector, football, music, etc.,” the president of Groupe Nduom averred.

Against this backdrop, Dr. Nduom quoted from the King James Version (KJV) of the Bible to remind Ghanaians of those without sin to cast the first stone.

According to him, it has become the common refrain of many Ghanaians shouting “Crucify him”; “Jail them and throw away the keys”; “Seize their assets”; “Thieves”!

These disquieting catch phrases, the President of GN contended, are often heard on the lips of lawyers, economists, consultants, government officials among many others.

He added: “We have been here before as a nation. Some lost their lives. Yet, we are where we are.”

Therefore, he called on Ghanaians to refrain from the “hourly” recounting of wrongdoing, challenges and problems, and instead find solutions to these problems.

And though finding solutions to problems was difficult, Dr. Nduom advised against giving up on Ghanaian entrepreneurs, professionals and workers.

“My point is let’s help those local businesses who show seriousness about doing the right things by embracing discipline, good governance and prudent behaviour. Our economy, jobs and well-being are at stake” he emphasized.

In his estimation, financial enterprises suffer when people take loans and other facilities without paying back them.

“Government still owes billions of Ghana Cedis in energy, infrastructure and other areas. Government’s difficultly is understandable,” he said.

At Groupe Nduom, Dr. Nduom disclosed that “we have over 6,000 employees.”

Most of these employees, he said, work hard, adding that “They have families and they have hopes for a better future.

“I agonize over even one employee who has to go home because the business cannot support him or her. Once in my life, I had to sell almost everything I owned and cherished and start all over again. But my dignity and knowledge was intact so I bounced back. I will do it all again if I have to. But not everyone has the choices available to me,” he noted.

To this end, Dr. Nduom suggested that representatives of government, labour and employers sit down quickly, and with a sense of urgency discuss win-win solutions.

“We need lower cost of money, phased and guaranteed payment of government debts, managerial and shareholder/shareholder discipline, appropriate punishment for those who will not accept correction and a sustained program to buy Made in Ghana among others,” he urged.
–
By:citinewsroom.com/Ghana