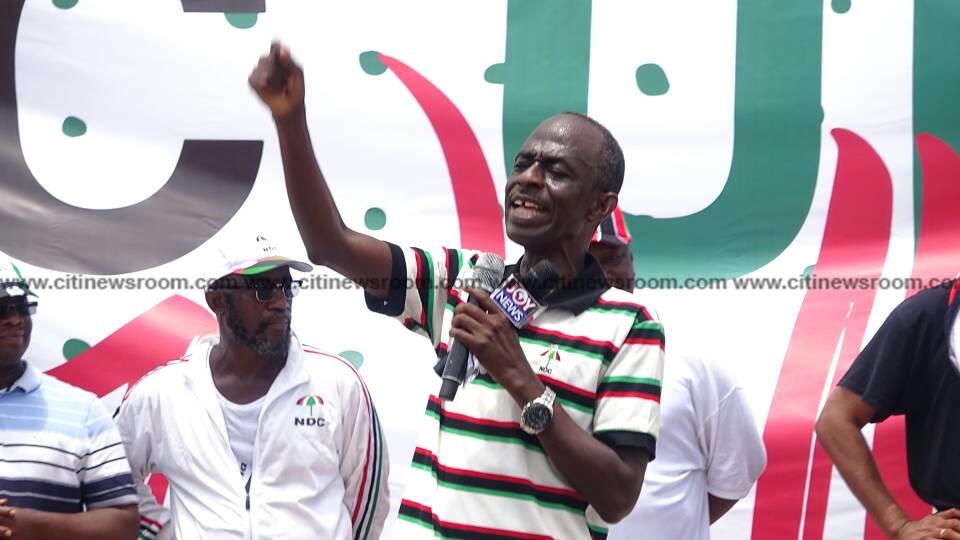 The National Democratic Congress (NDC) has postponed the date of its national executive elections to November 3, 2018.

The Congress which will be in held in the Greater Accra Region was originally scheduled for October 20.

According to the party, the decision to postpone is as a result of the challenges organizers have had with their venue of interest.

Addressing the media, Johnson Asiedu Nketia, General Secretary of the party, said the Congress will be held at the Trade Fair Centre in Accra.

[contextly_sidebar id=”mrubHiWk7onnr9XZMIaxansV65io7BPk”] “The committee reported to us and we needed to take this decision in consultation with the Council of Elders. It has been accepted that the national congress be held in Accra at the International Trade Fair Centre.”

“But there was a little hitch, the trade fair facility is not going to be available to us on the 20th of November. The earliest we could get to book the place was on the 3rd of November and so the Council of Elders has agreed that the date of the Congress be shifted to 3rd of November, he explained.

Delegates from all 275 constituencies gathered at various designated centers to elect regional officers.

The Founder of the NDC, former President Jerry John Rawlings had earlier urged delegates to elect committed executives who will serve the interest of the party since to him, “the outcome of these conferences will go a long way in determining the future direction of the party.”

Already, some members of the NDC have declared their intention to contest as flagbearers of the party ahead of the 2020 polls.

10 most common ways relationships are sabotaged

10 most common ways relationships are sabotaged