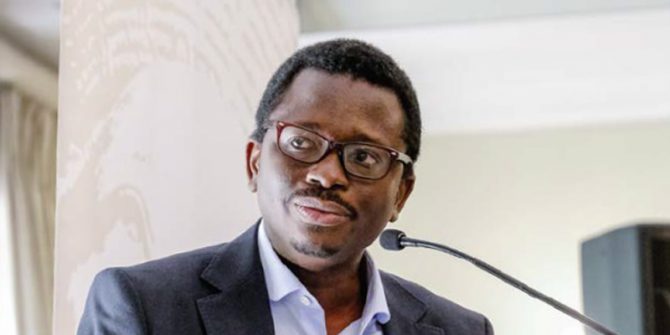 He said such agreements seem to be done “hastily” as African countries are “overexcited” about China’s offers.

[contextly_sidebar id=”Ex68ehLBb7x981IWkuK1ty7YvInPaEDR”]“It is a very huge influence that China is having in Africa and there is a sense in which African governments are a bit over excited about the engagement with China,” he said.

Ghana last week signed eight Co-operation Agreements and Memoranda of Understanding with China, in different sectors of their respective economies, aimed at deepening the ties of co-operation and the bonds of friendship that exist between the two countries.

The agreements were signed on President Akufo-Addo’s state visit to China where he held bilateral talks with that country’s president.

The agreements signed are the “One belt one road Memorandum of Understanding, Memorandum on Regional Aviation Co-operation Agreement for Co-operation in the peaceful use of nuclear energy, and Co-operation to carry out Maternal and Child Health Project.”

This comes in the wake of global concerns about China’s recent relations with other countries which some have considered as that country’s strategy to become a full global superpower.

Among the many countries that are highly indebted to China are African countries including Ghana which has had some of its debt to China canceled in the past.

According to Michael Kottoh, Africa’s attraction to China among other reasons stems from the fact that their loans are tied to conditions very different from those offered by Western countries.

Speaking on the Citi Breakfast Show, he said, “historically, western countries will give you financing tied to more conditionalities and all of a sudden you have a new partner who puts a lot of offer in front of you without the same conditionalities that your old western partners have always tied to the financing. So there is a sense to which you’ll be overexcited and in the haste grab the offering that China is making.”

Mr. Kottoh further urged African governments to hire the services of transaction advisers to critically analyze offers presented by China to ensure that ultimately, their country’s interests are protected.

“Our governments are not putting a lot of deep thinking into the negotiation. We need to be hiring a lot of transaction advisers to work with our governments to advise them because we don’t need to rush to grab the offers, we need to take our time and do the right risk analysis and do our feasibility analysis to be able to understand the cost and benefits and the real returns that come with a lot of these offers,” he said.